Order of an RC circuit

The circuit contains two independent state variables but the output of the circuit simulated in LT spice shows a first-order response.

Where am I wrong? 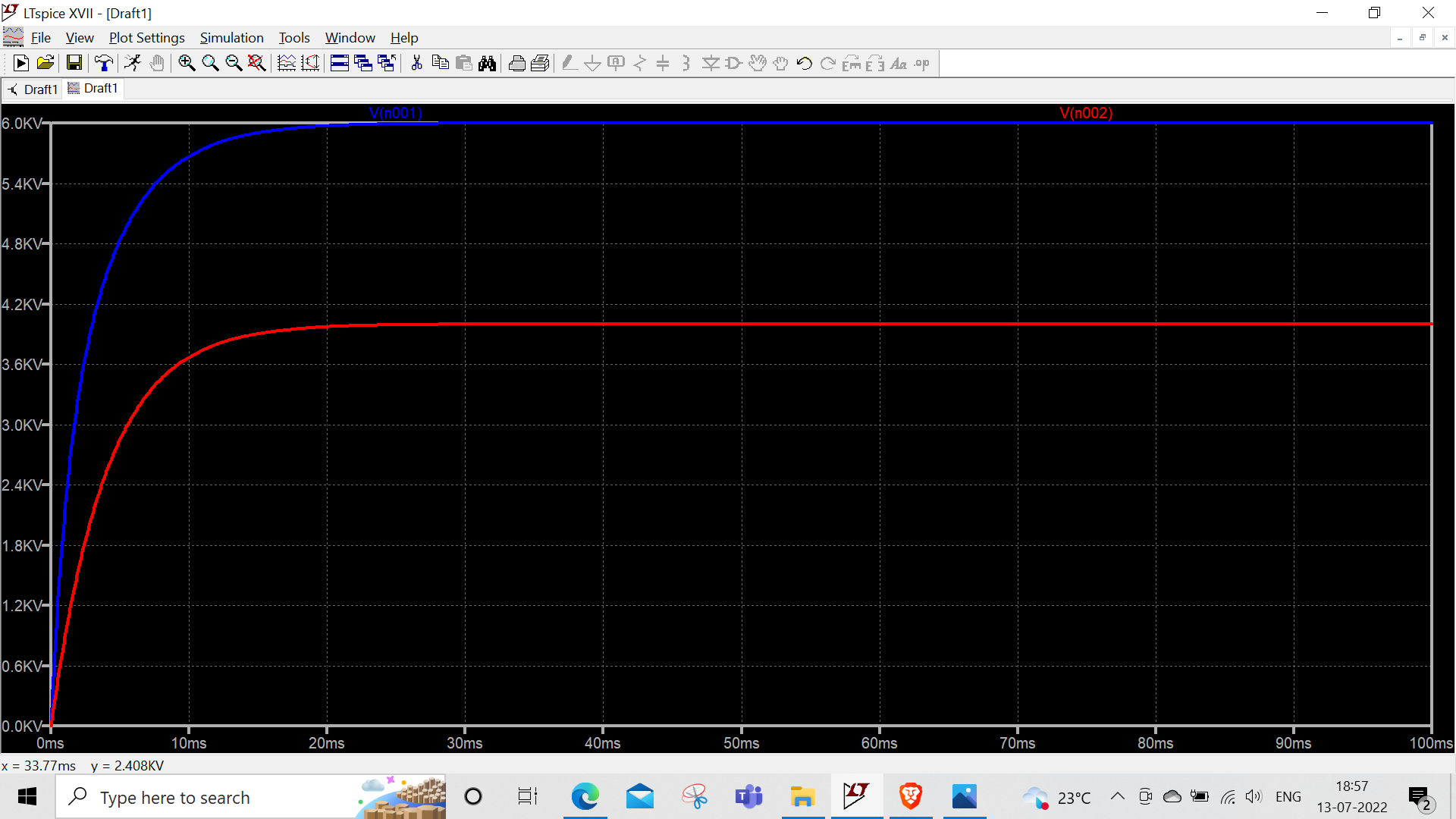 I'm not sure if you've been presented with an interesting problem in pole-zero cancellation and have gotten it wrong*, or if you really are trying to analyze that circuit.

For such simple circuits, you should only use SPICE to validate your hand calculations.

You're driving a current, so all the interesting dynamics are in that network composed of R1, R2, C1, and C2.

The impedance of that network between the cold end of R3 and ground, is

Do some simple algebra, and you get:

Instead, you have a very over-damped system (because \$C_2 R_2 = 4C_1 R_1\$), and you cannot pick out the 2nd-order response visually -- which is why simulation is a bad idea when you can easily just do the math.

Going back to the \$R_1 C_1 = R_2 C_2 \$ case. If that were true (i.e. if you take your schematic above and either exchange the values of R1 and R2, or C1 and C2 but not both) then you could see intuitively that the wire between all four components would only carry current in the event that one of the capacitors happened to have some suitable initial value at startup. In all other cases, the C1-C2 voltage divider and the R1-R2 voltage divider would always have the same voltage, and there would be nothing to drive a current in that wire.

** I'm 99.44% sure that this circuit has one uncontrollable mode, but I'm too lazy to verify -- if you get that far along in your studies, you can revisit it.

With 2 independent reactances (L or C), it is always a 2nd order circuit but here , overdamped with 2 different time constants that affect each other so they become longer than just RC=T but two separate combinations of 4 parts.

In the frequency domain, without R3, the lower frequency response starts flat at 0 dB for nodes "A" and B with some attenuation on B at some breakpoint. So it might go from 0 to -10 dB then flat yet overdamped in a region like the dominant 1st order response. But with R3 you have a 2nd order LPF but 2 still distinct breakpoints now reacting with R3 to attenuate -40 dB/decade after the 2nd breakpoint.

Either way in the time domain asymptote or the frequency domain, you ought to be able to measure the distinct 2 breakpoints which from a distance look like one RC filter since the values are close to each other but are not exactly the same as 1 pair, but close.

Not the answer you're looking for? Browse other questions tagged circuit-analysis capacitor resistors or ask your own question.