I have been running some tests on the AP63356Q switching regulator to view the performance at different loads. I plan to use the regulator to step the voltage down from either 12 or 24 V to 5 V. After conducting multiple tests, I have discovered that mean Vout decreases with higher current while the Vout ripple increases.

I've plotted these points in the screenshot below: 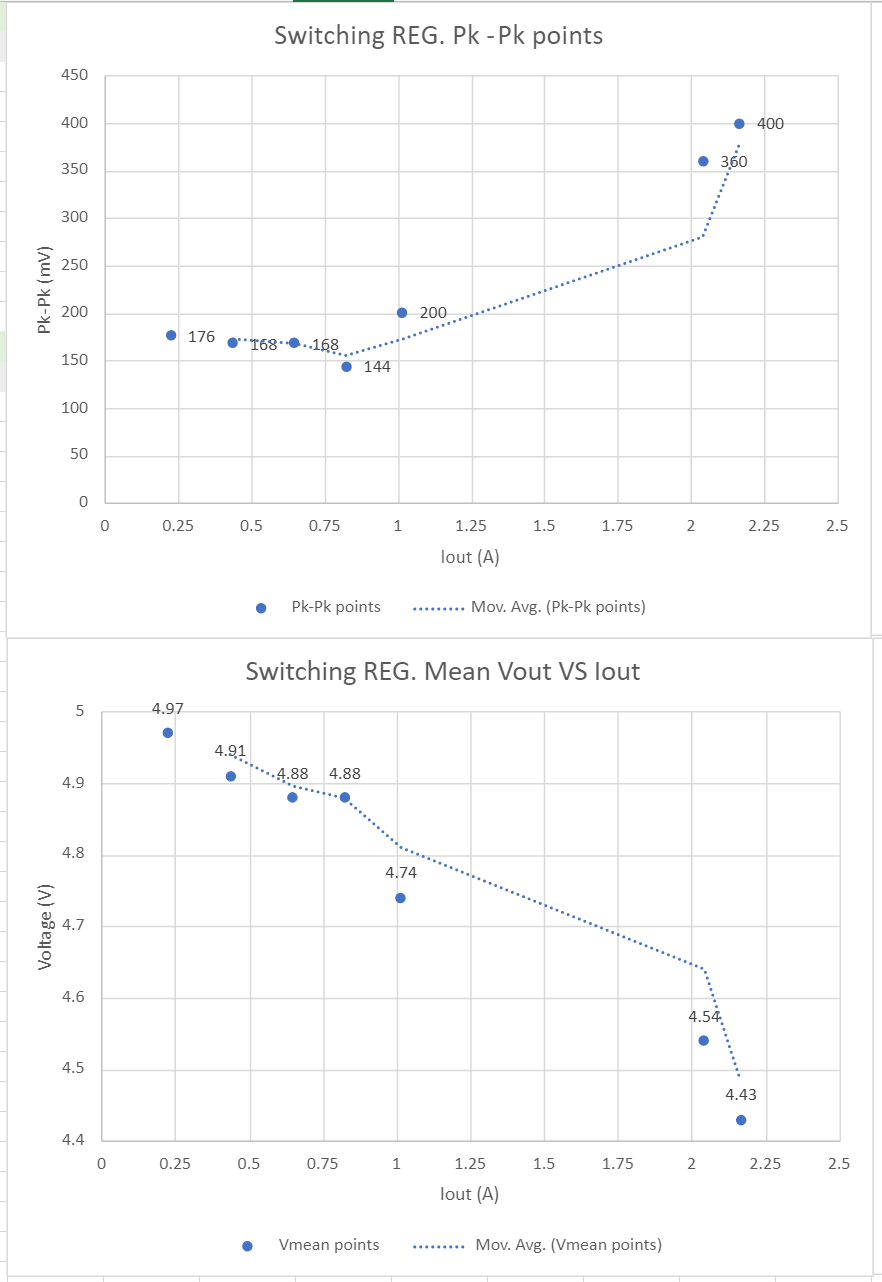 This is the schematic of my circuit setup:

The inductor being used in this circuit is the NRS8040T6R8NJGJ. I use different resistors on a breadboard to get the results for different loads.

I get that adding an extra capacitor or two may limit the peak-to-peak voltage but any ideas on how to maintain a steady 5 V at higher loads? Would using the external compensation solve this issue? Any advice on how to choose a suitable inductor for the job (I have noticed that the inductor's temperature increases as well)?

Here are additional images of the layout: 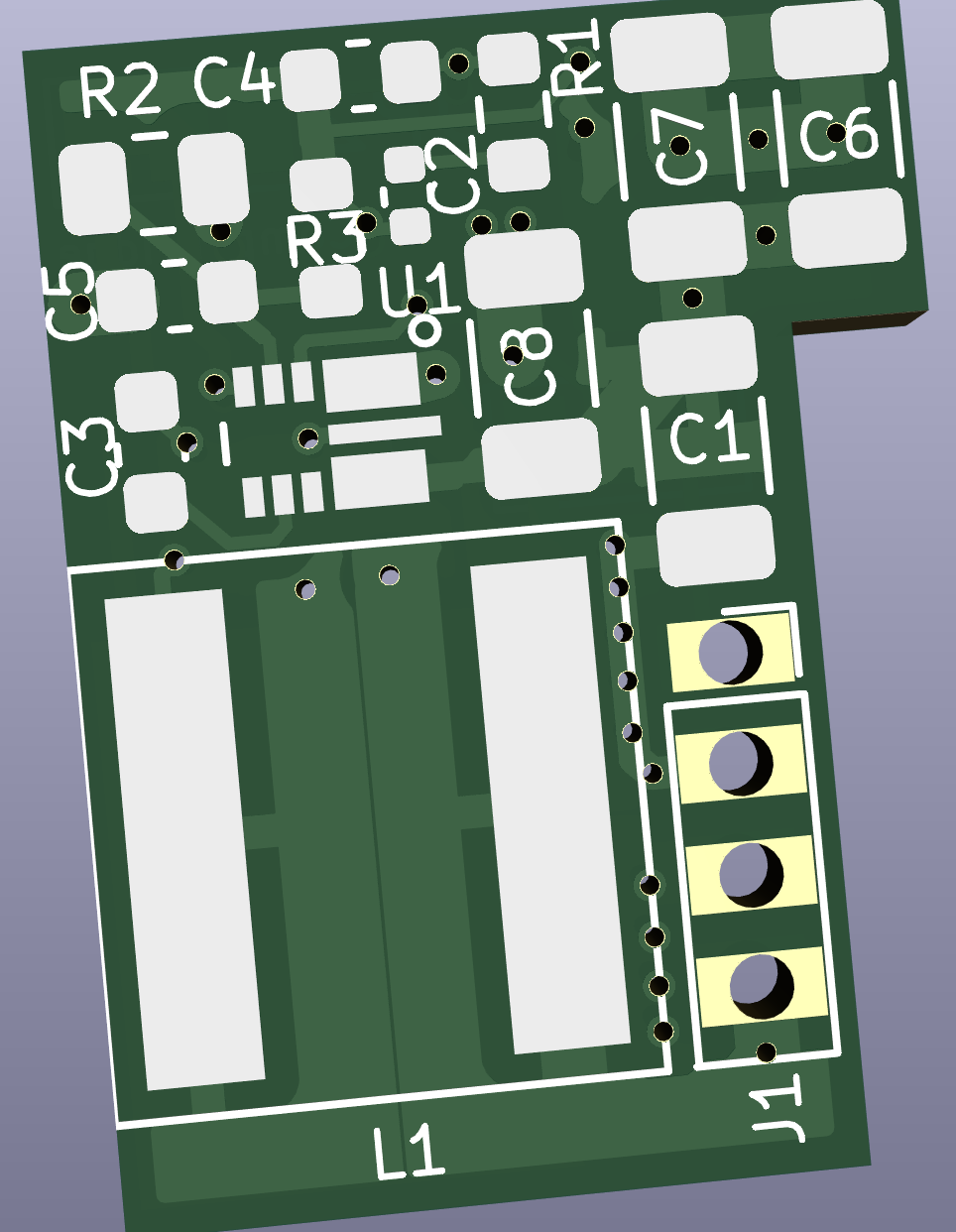 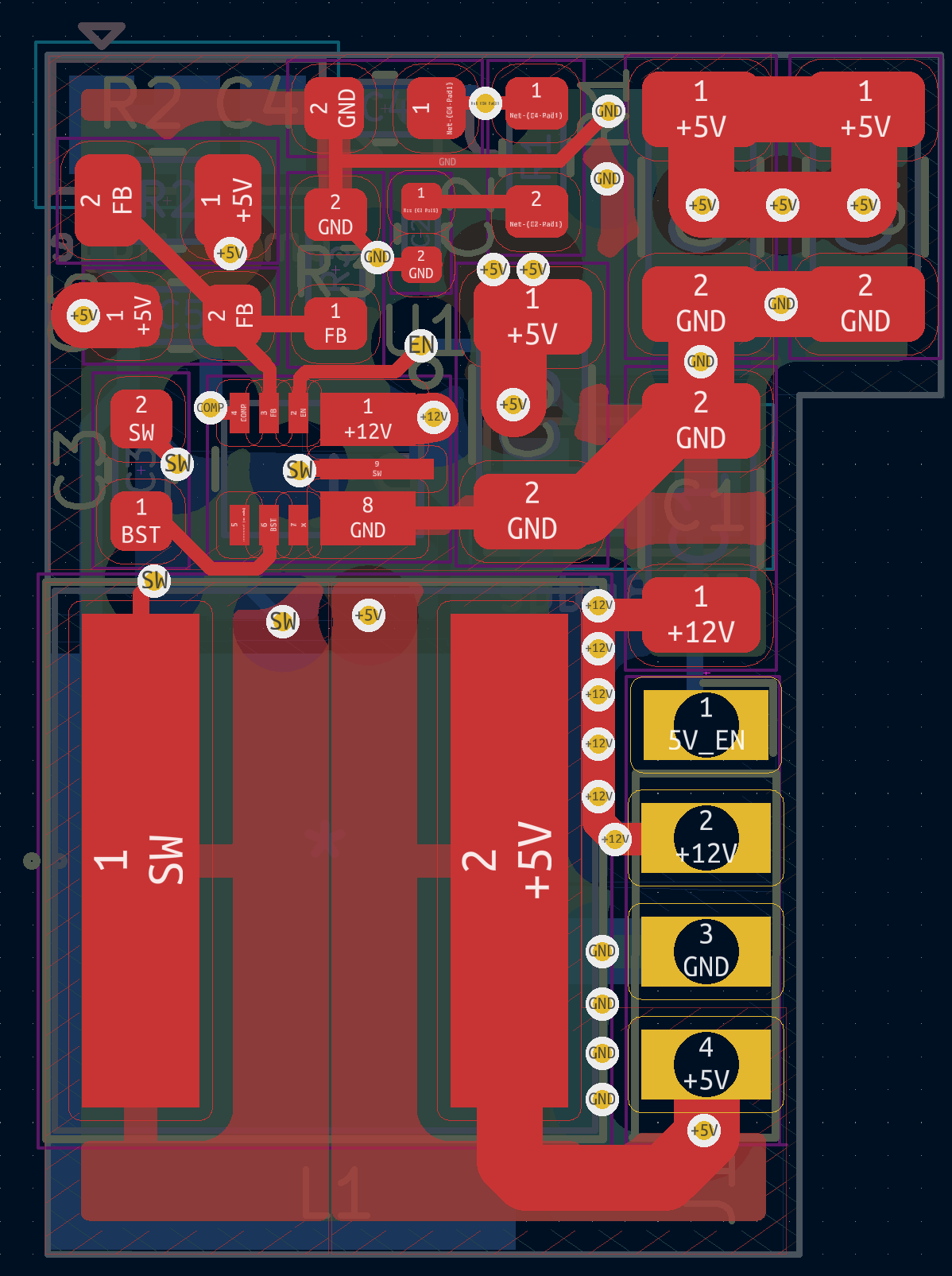 Since you are measuring voltage at the load resistor on a breadboard, there is some resistance between the regulator output and your measurement point. If this resistance is about 200 mOhm it would explain the measured voltage drop with increasing current. You can confirm this by measuring the output voltage directly at the output capacitors.

The output ripple increasing is less obvious to me. In general the ripple is higher than you would expect. This could in part be a measurement problem picking up a lot of noise with the oscilloscope probe. A picture of the measurement setup and a screenshot of the waveform could clarify this.

Suboptimal layout could also contribute to noise and ripple on the output. Since you are space constrained you might not be able to fix all of this, but here is a list of most important things I would try to do about the layout:

Regarding the inductor choice, the inductor given should be OK. It should not get very hot. Given the datasheet values I would expect a temperature rise of less than 10°C with your maximum load current.