How is the output (input but inverted) of a hex inverter affected by how I approach the Chip with my human body?

Currently I am messing around with the HC74 4049 Hex Inverter, which has the following pinout: 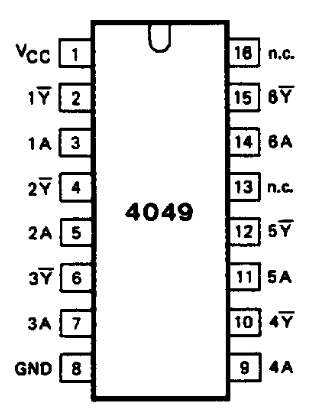 I began by connecting one input (marked by the lowest brown stripe on the breadboard) to the first input pin (1A). Then, I used another two jumpers to position the corrosponding inverted signal (1Y!) right next to the actual input signal. As a matter of fact, the whole wiring works and the input 1A is inverted, indicated by how the LED (which is connected to 1Y!) lights up when 1A is low.

The problem, however, is that as soon as I move my (human) body away from the breadboard, the LED gradually grows darker and eventually 1Y! turns low, even though 1A is low as well. In contrast, as I approach the chip, the LED becomes lighter. 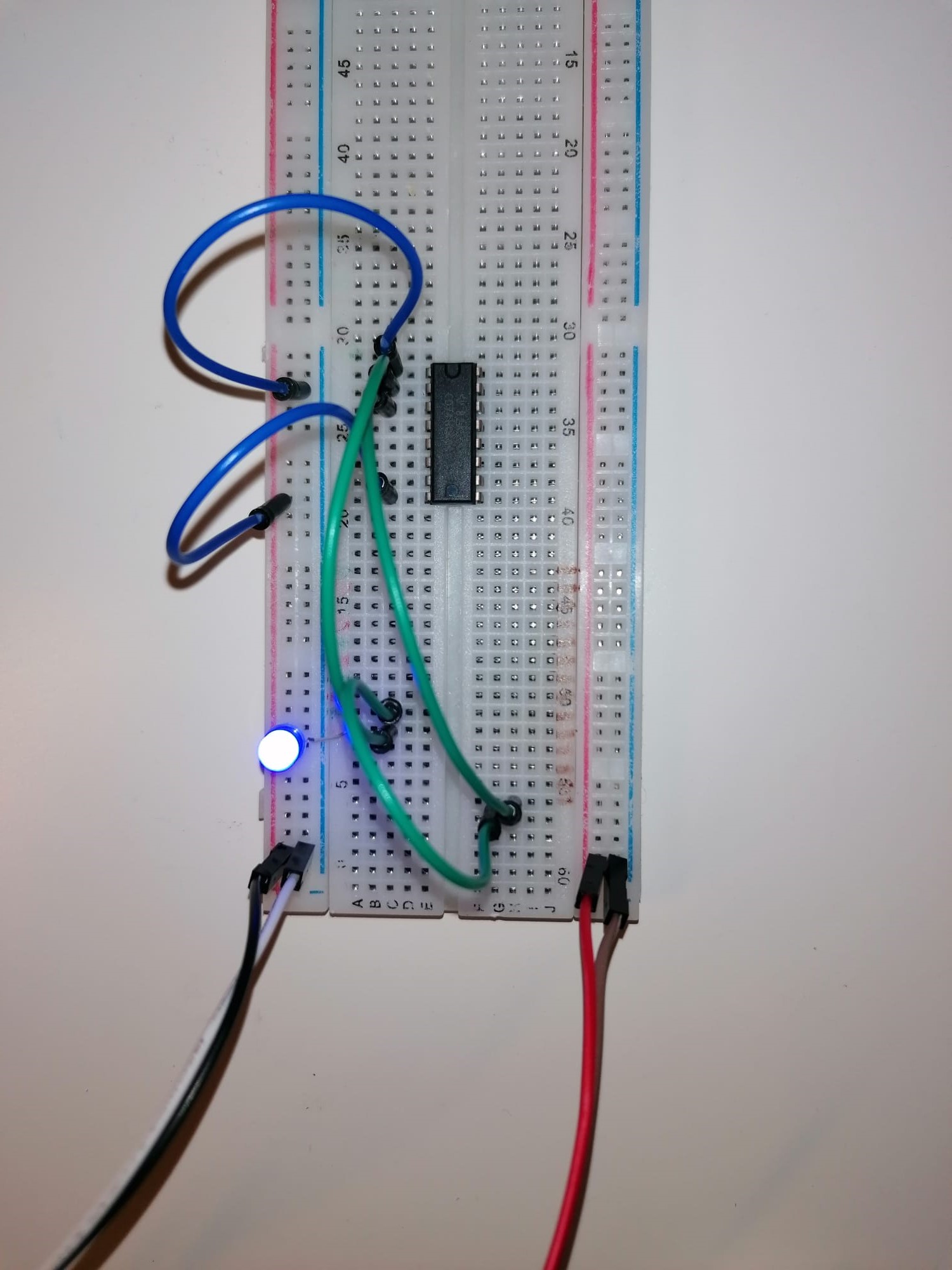 Then, as I connected a second input and output, the same body movements caused the LED (no matter whether connected to 1Y! or 2Y!) to grow lighter and darker even quicker. In addition, the outputs start to bug horribly. 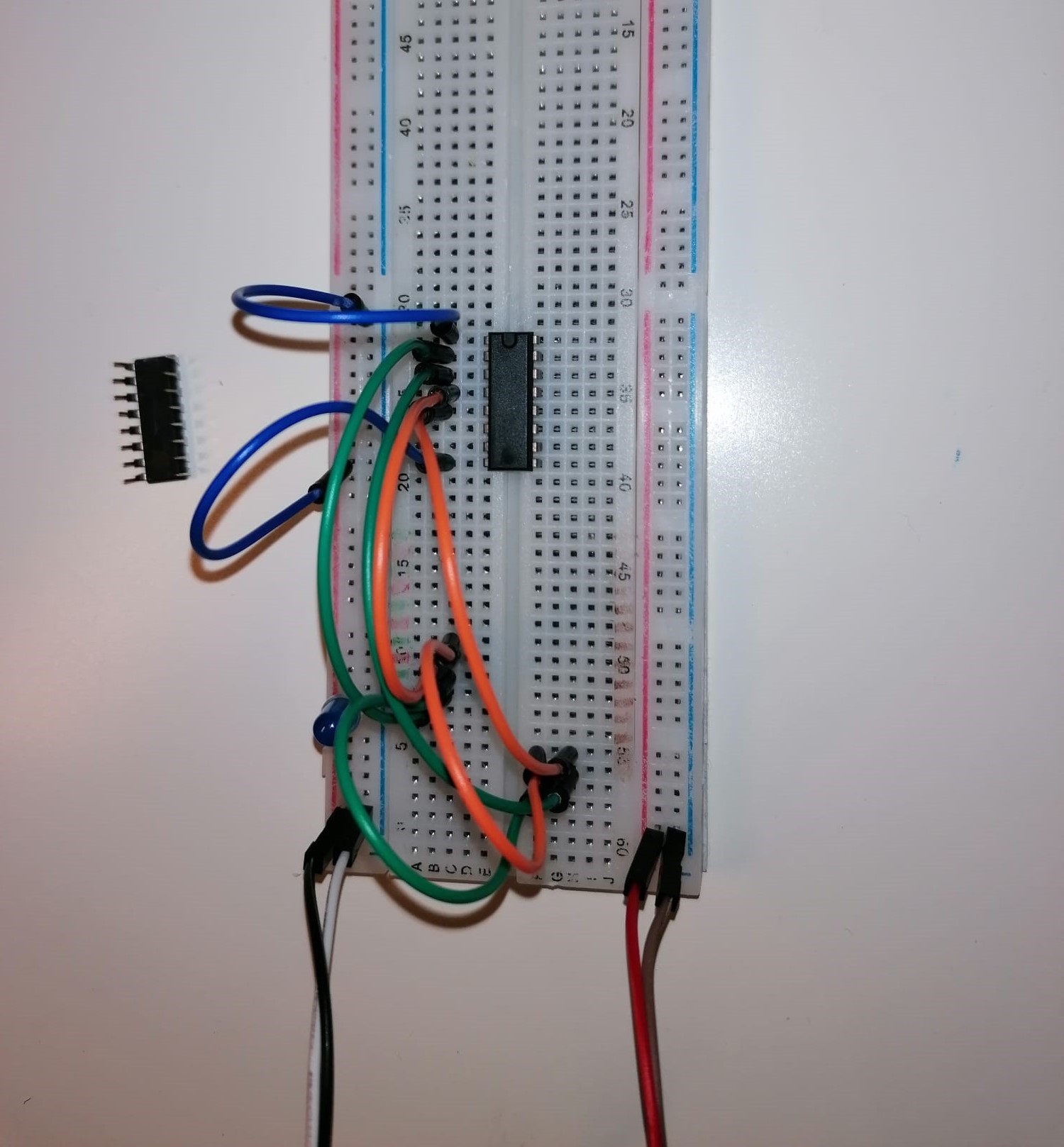 Does anyone know what might cause the Hex Inverter to malfunction like this? What did I do wrong?

Unfortunately, I did not find a single entry on the web addressing this issue. Is it possible that the problem is due to certain interdepencendies between the wires (taking into account that the problem worsens the more cables are connected)?

It's functioning perfectly as expected. It is however being mis-used.

In normal logic use, you would connect all inputs to ground or rail via a relatively low resistance connection, for instance a 100k resistor.

With open inputs, what you have is a charge detector. With tens of volts of mains pickup capacitively coupled to your body, and possibly thousands of volts of static on it, you can see it won't take much stray capacitance, and changes in that capacitance as you move around, to impress a few volts onto a wire connected to a high impedance CMOS input pin, which will then cause the gate to operate.

CMOS can draw quite high currents when the inputs are not at ground or rail, it's possible to overheat a CMOS IC by leaving its inputs floating.

Not the answer you're looking for? Browse other questions tagged digital-logic inverter or ask your own question.

13
What's the difference between an inverter with a bubble at the input and one with a bubble at the output?
9
Circuit works on breadboard but not PCB
0
Inverter : drive with high impedance. Results on the output
1
D Flip Flop Toggle -- Q into Hex Inverter into D, Unstable Output, Help
3
How does a solar PV inverter throttle the input power
0
74HC377 Octal D flip-flops latching on falling edge of clock
0
Full bridge inverter failing after given input voltage