I connected an inductor to the output of a simple class-B transistor amplifier, which was discussed in a Renesis application note.

Then I applied a pure sinewave signal to the input and I observed a strange waveform on the scope. Ch2 is the output pin of the op-amp.

Be aware of the abrupt voltage step on the inductor e.g. ch4, see figure attached. Why does this happen? 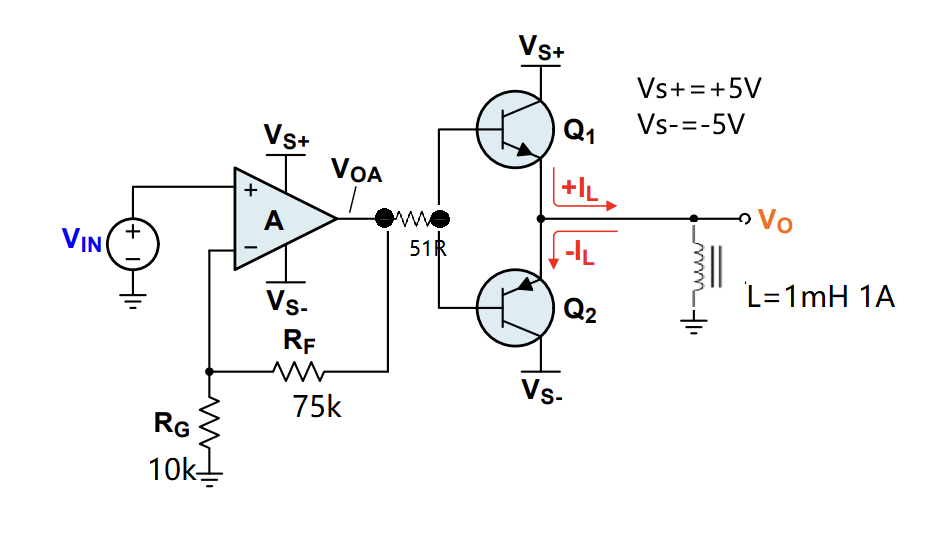 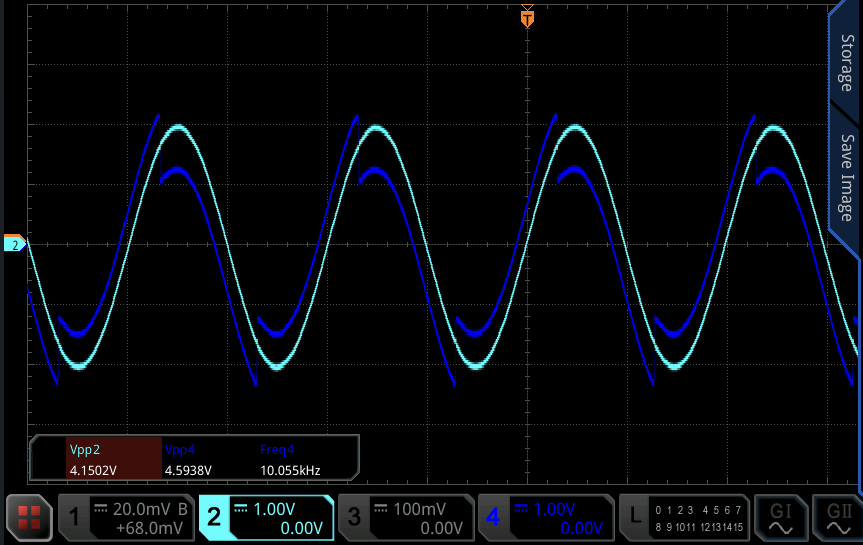 The abrupt change on the output signal is about 1.2 volts (as best as I can tell) and, this is due to the fact that your push-pull transistor output stage has no biasing and you get what is commonly known as cross-over distortion. This distortion is equivalent to two base-emitter volt drops or about 2 × 0.6 volts. Normally, when driving a resistive load it looks like this: -

However, when driving an inductor, the inductor will want to keep current flowing throughout the cross-over region and so, it is the inductor itself that rapidly transients the output voltage by 1.2 volts in order to keep the emitter current flowing in the transistors.

Using your voltage crossover distortion you can compute the impedance of the DC resistance of R and the reactive impedance of L and get a ratio when it is almost 90 degrees. The crossover is simply the lagging inductor current when the emitter followers go high impedance between +/-0.7V. This gets shifted because diodes will rectify and crossover at 0 current and not output 0 V crossover. Since it is not quite 90 deg, some reduction is due to lossy winding resistance at DC called DCR in datasheets. 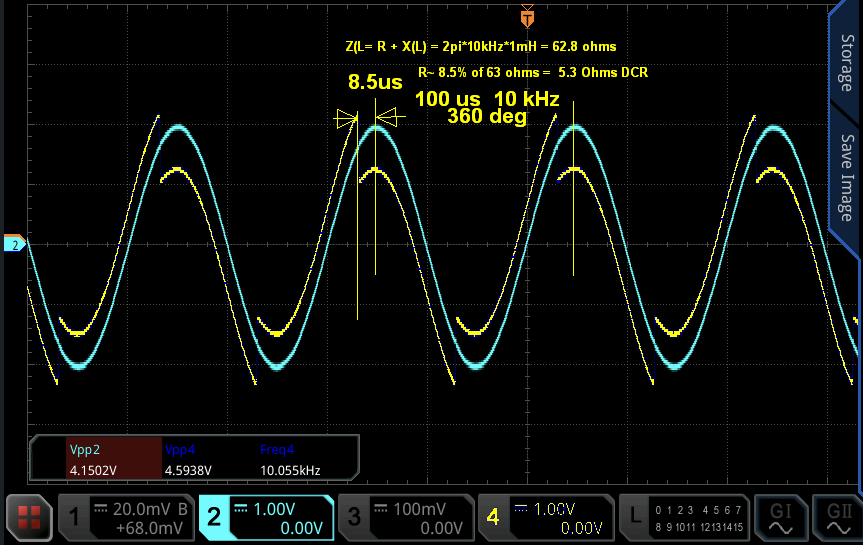 When neglecting to use output feedback, this circuit experiences 1.2V crossover distortion.

For a better design, one uses negative feedback from the emitter output. One must consider that any DC offset will produce a steady state Vo/DCR=I inductor current. An excessive offset may possibly saturate the inductor. There may also be current gain limitations if there is DC offset and lots of heat in the active driver, but with careful design, this can drive a speaker.

Does this now look like a Class AB driver? 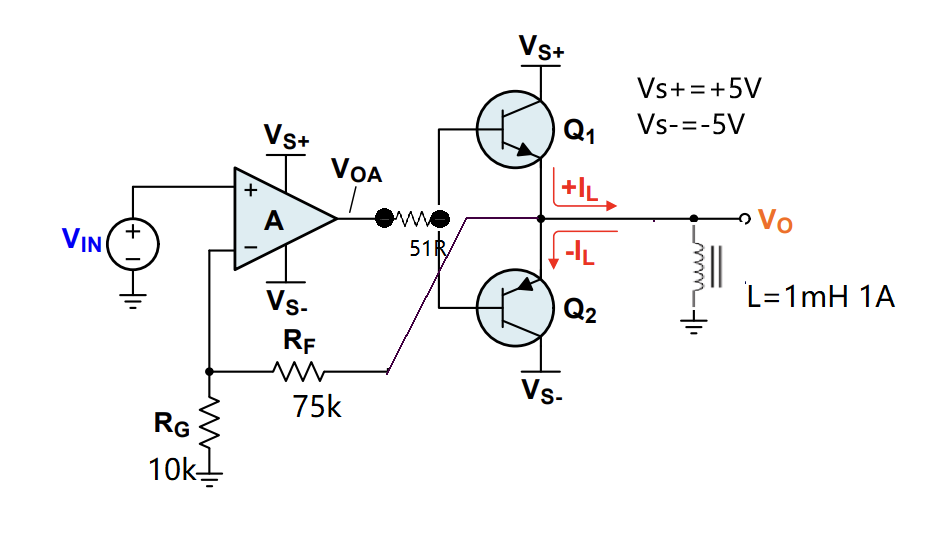 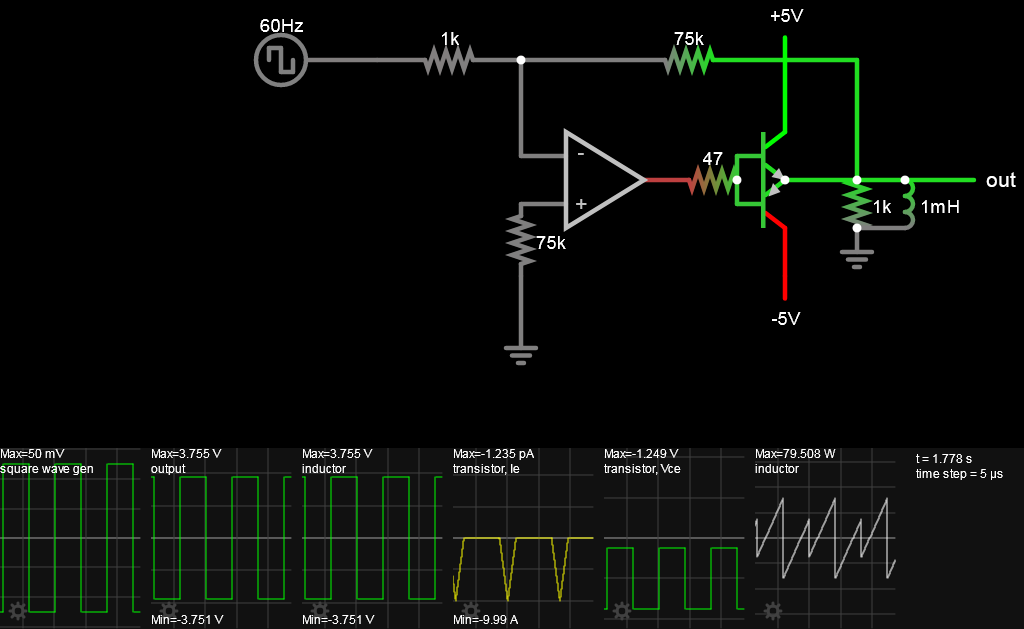 Not the answer you're looking for? Browse other questions tagged operational-amplifier transistors circuit-analysis amplifier circuit-design or ask your own question.