The current drawn by an OpAmp is mostly determined by what it is connected to its output.

If you are looking for a more precise value, you can look at what the datasheet should be referring to as supply current (no load) which is the current the OpAmp draw without driving anything (often in uA)

Usually when we refer to "input current" we mean the current that flows into (or out of) the op-amp inputs. That's called "bias current" in the datasheet:

Note that these numbers apply for 5V supply voltage. So the "typical" current is -45nA and maximum -250nA at 25°C (some other datasheets indicate -500nA worst-case over the entire temperature range). The negative sign, by convention, indicates current is flowing out of the inputs.

So if we connected the op-amp as follows: 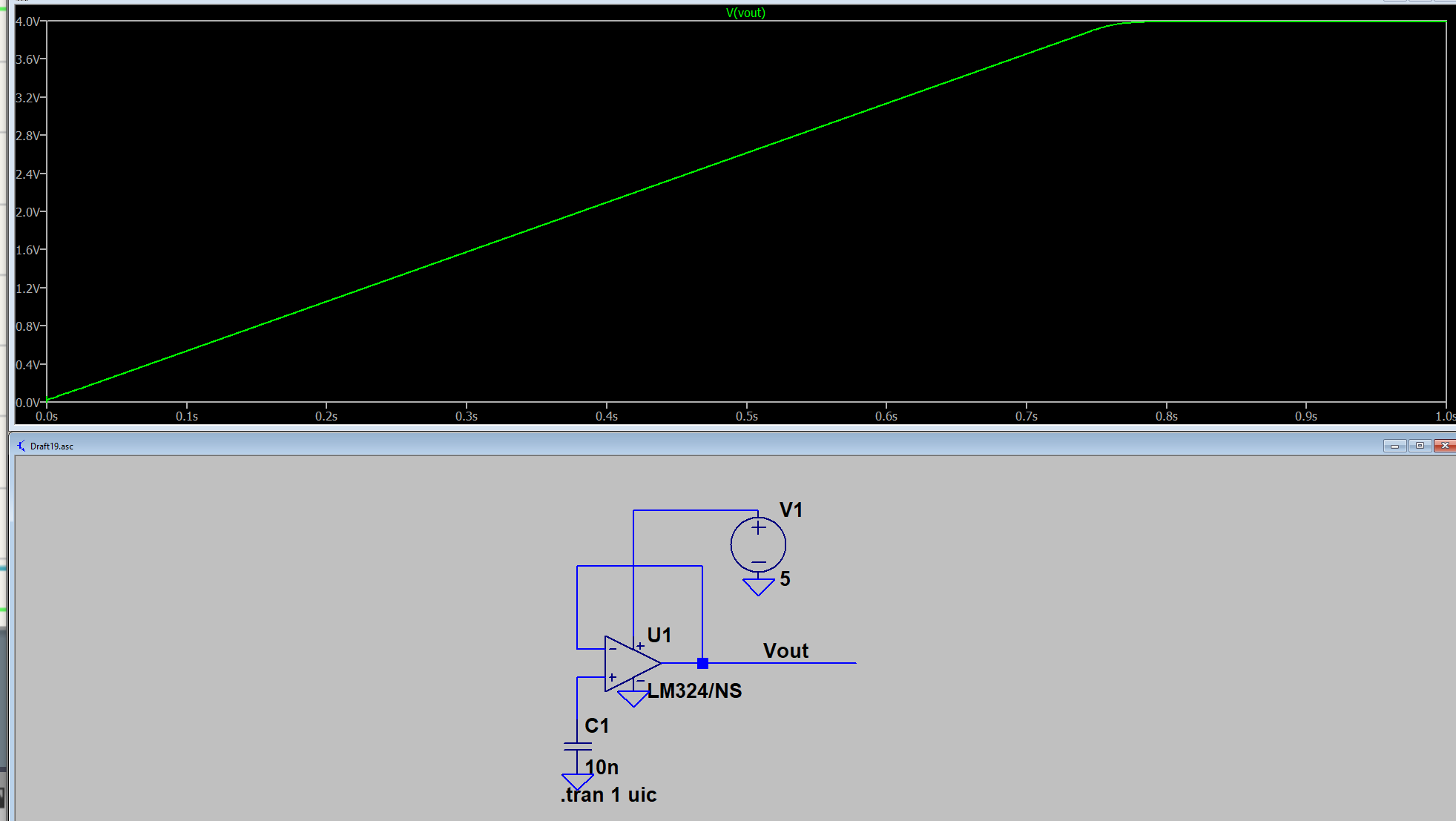 If the initial capacitor voltage is zero, the output will ramp up linearly for about 0.75 second until the op-amp output saturates near 4.0V, indicating the model has a bias current a bit higher than typical for the TI LM324N.

There are a lot of different models and makers of the LM324 and some makers offer low input bias current options such as the TI LM324B which is 10nA typical/35nA maximum at 25°C and 50nA maximum over the entire operating temperature range.

If, by chance, you are referring to the supply current, it is given as follows (here called "quiescent current"):

So at 5V it is typical 0.175mA and maximum 0.3mA. That's per amplifier, so multiply by 4 so 1.2mA maximum total. On top of that we have to add whatever current (if any) that each output is sourcing. For example if each output is at 2.5V and has a 10K resistor to ground that's another 0.25mA each or 1mA total, so 2.2mA would flow into the positive supply pin.