The problem is only in the input stage of the op-amp.

Edited: removed reference to "eddy-current" and changed to "reluctance".

The reluctance-current is generated from two coils by ferrous movement passing through them. The coils are 10 ohm each with 0.254 mH. The current coming out of them is a sine wave that goes positive and negative. The circuit works 95% of the time as it is, but at times it seems that the difference between the two op-amp inputs (2 and 3) is not enough to result in an output.

On the bench, if I simulate things and feed a positive 3 V pulse into J1 going to Pin 2 of the op-amp and also ground J2 (going to pin 3) then it works 100% of the time. Of course, in real life the current is not only positive.

Update: I made a small breadboard with the changes suggested below and jerry-rigged it to the PCB, but was not able to get any reliable readings. I will recreate the entire OP AMP front-end circuit on a larger breadboard.

Will also consider the suggestions made by @Kartman and @EJE which led me to these links: https://www.reddit.com/r/AskElectronics/comments/71jqlq/variable_reluctance_waveform_op_amp_circuit_issues/ http://www.megamanual.com/ms2/pcb.htm

A comparator may be a better solution, but for now will continue with the OP AMP. I am a bit confused about using the (-) or (+) OP AMP inputs correctly. Any benefits to gain in my case to sue one over the other, besides non-inverting (+) and inverting (-)? For now, I think I will be looking at increasing resistor R4 to around 2k-3k which will still give a 5x gain with R1. A larger R4 value I believe will lead to a larger voltage change. I was concerned that a larger resistor will attenuate the signal generated from the coils by "suppressing" the current.

Also, wondering if I should have the two coils in series (instead of parallel, currently) with on end tied to ground and the other to one OP AMP input? Something like this: 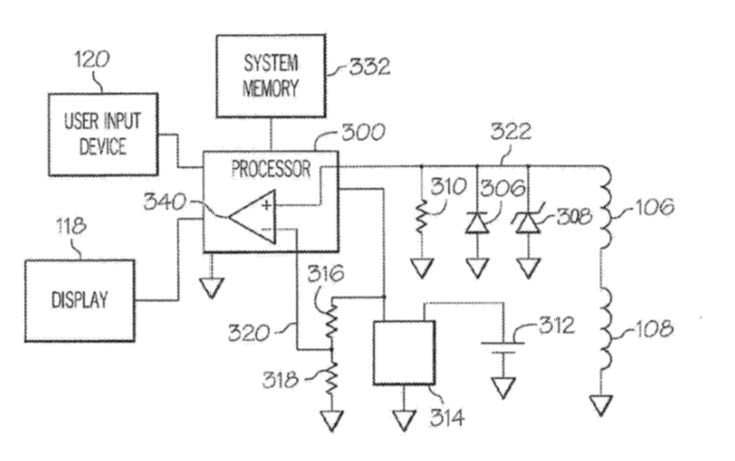 It's a comparator with a 1/2VCC input from voltage divider, and other input from two coils in series with zener and regular diodes and load resistor. 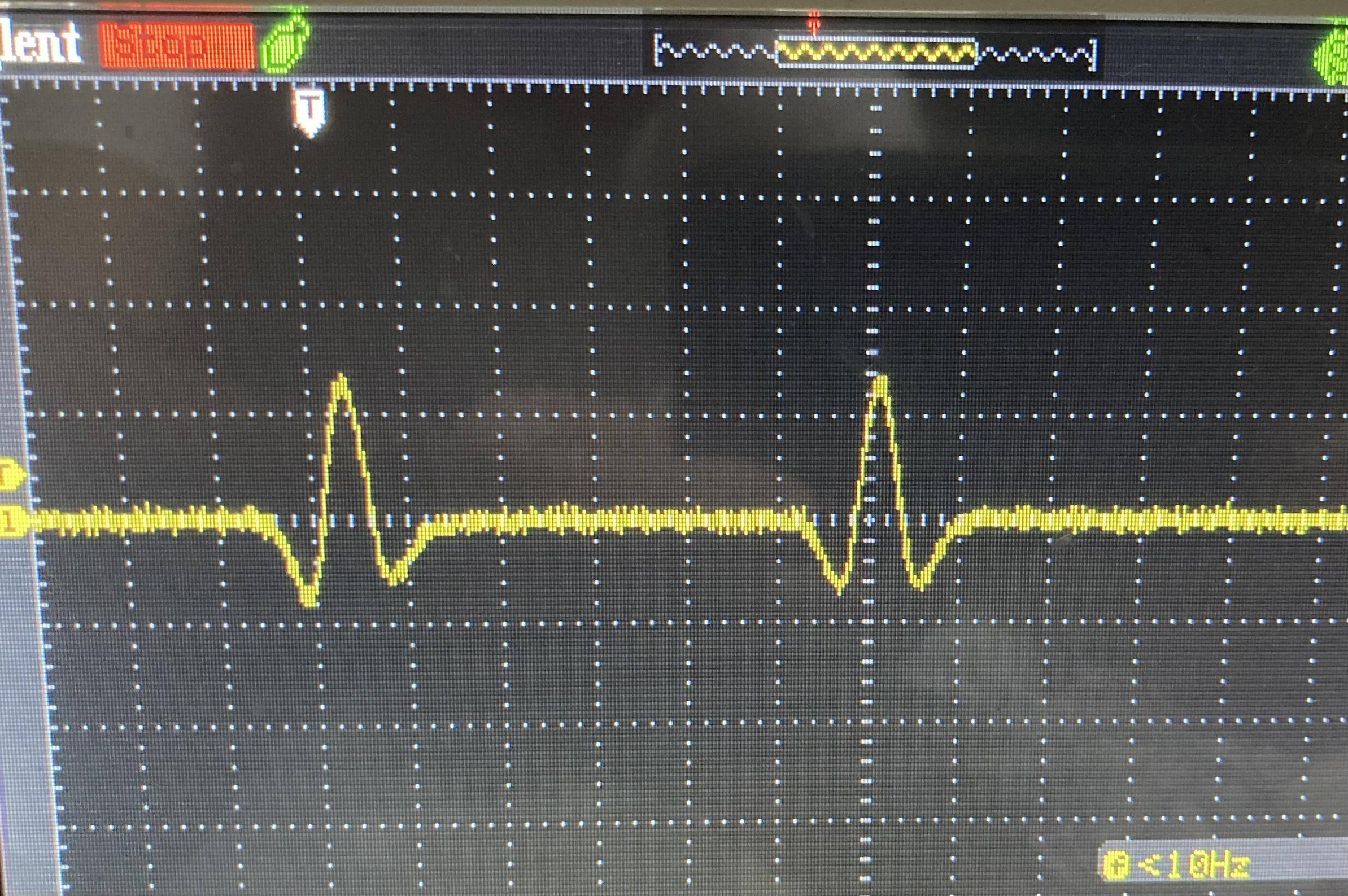 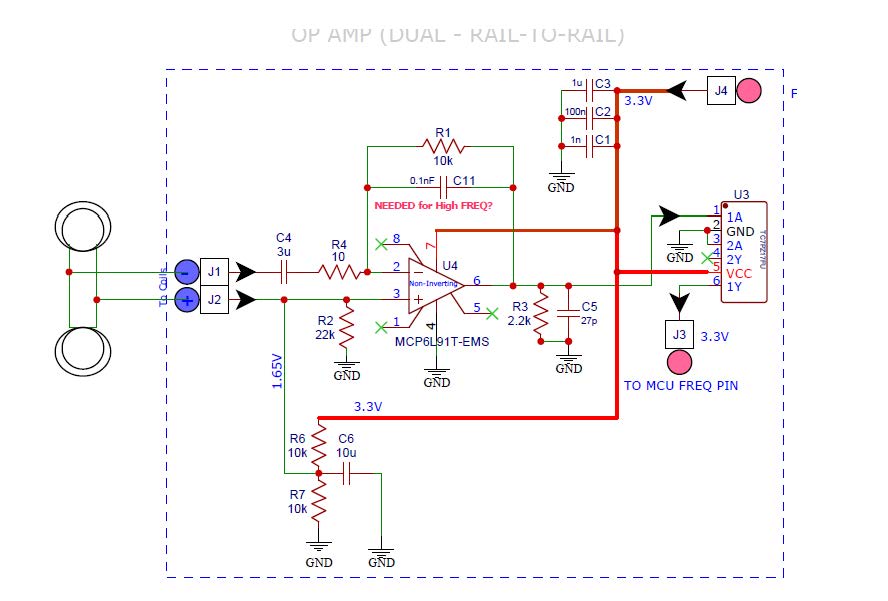 NB: Must be checked in TRANsient Analysis with sinusoidal input, for example.

I also added the behavior with the "sensor" used. AC Analysis.
No fundamental change.

Not the answer you're looking for? Browse other questions tagged operational-amplifier current signal-processing inductance or ask your own question.