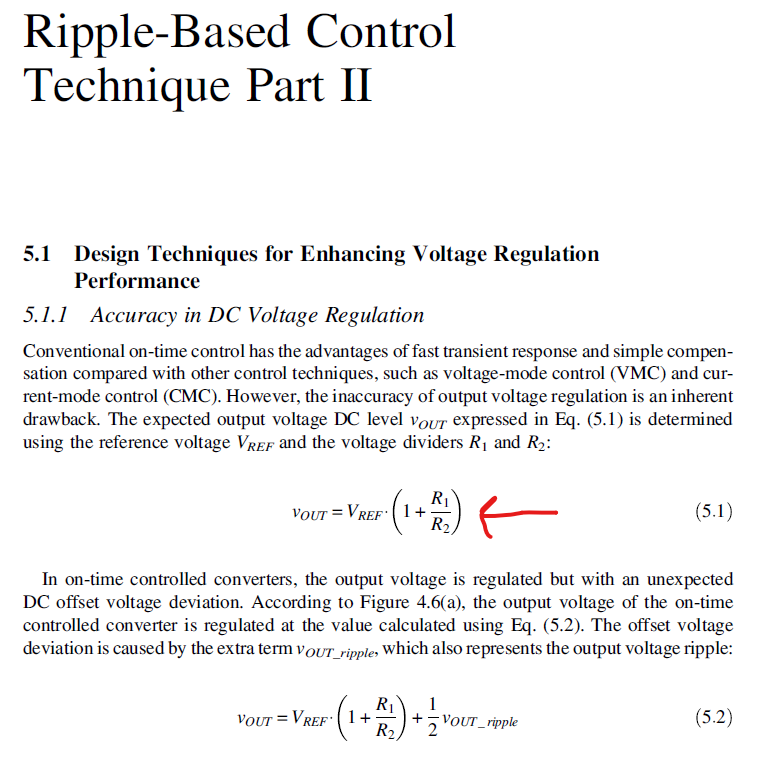 Can someone explain how they got equation 5.1. Why is the output voltage of their buck look like an equation for an non-inverting op-amp amplifying a Vref?

If you have a resistor potential divider with R1 and the top and R2 down to ground and, Vout was applied at the top, the divided voltage (call it Vref) can be found this way: -

Then, if you rearranged it to find Vout you'd get this: -

And this clearly is: - 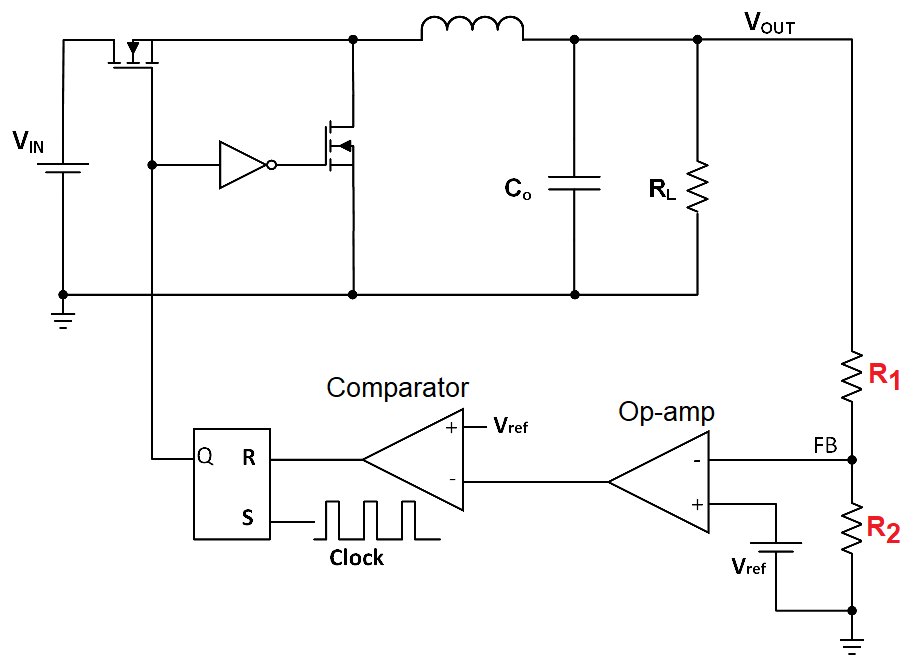 Not the answer you're looking for? Browse other questions tagged buck control or ask your own question.