Is my spectrum analyser defective?

I recently acquired a DSA815-TG which comes with a tracking generator option.

I currently don't have coax because I am in the process of ordering. So I decided to just use a thin 13 cm wire to connect my TG output (centre pin) to the RF input port (centre pin) and set the TG output power to -20 dBm.

I was subsequently horrified at what I saw with a sharp downwards peak after about 50 MHz which goes from -20 dBm to -30 dBm. The response seems to be correct up until 30 MHz.

I have attached two screenshots from the device with the TG directly connected to the RF input port using a wire.

You can see that the response is correct for 0-20 MHz. 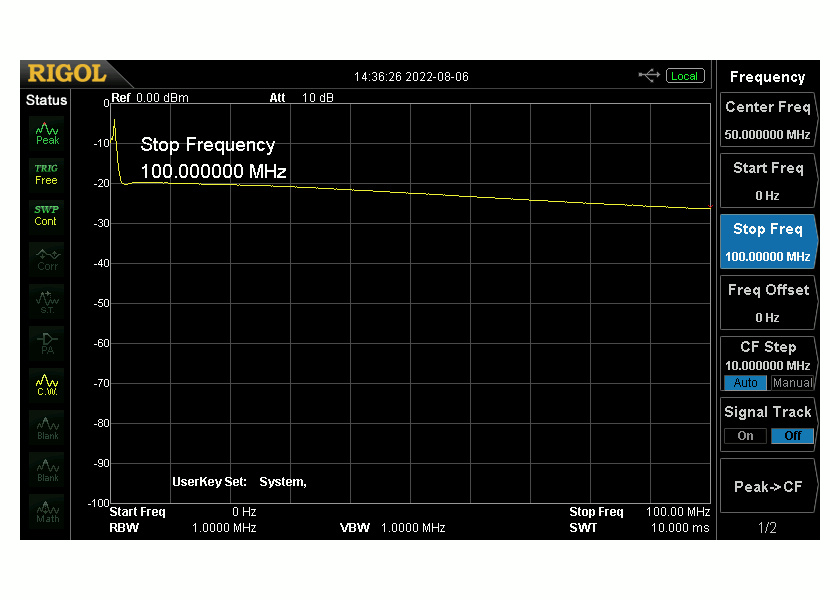 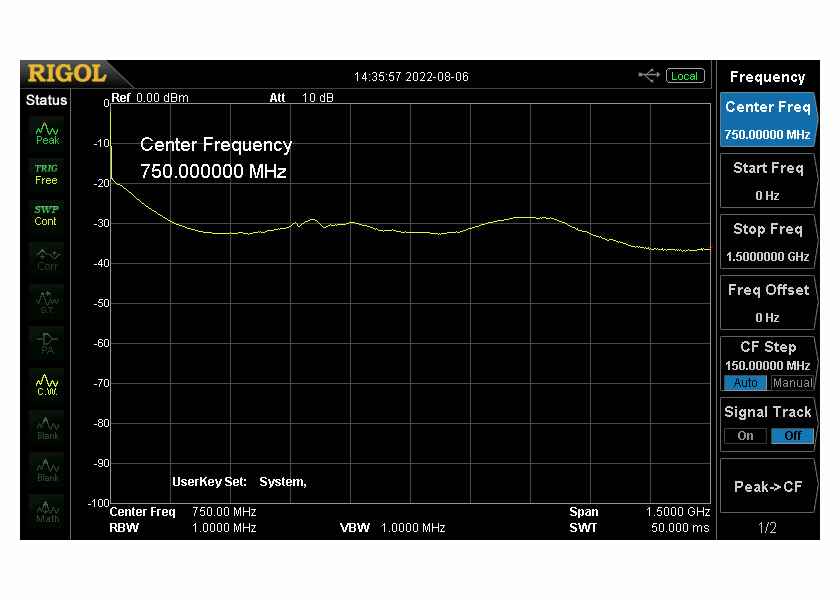 Now my question is: Is this because I am not using coax or is this unit defective? The spec for output flatness reads ┬▒3 dB.

Your help is greatly appreciated. I just want to make sure the unit is not defective.

At low frequencies, where the piece of wire can reasonably be modeled as a series inductor, the response looks spot on. If we take 1 nH/mm as an approximation to its inductance (crude, but gets us into the right ballpark), then we would expect a 130 nH inductor at 30 MHz to have an impedance of 26j ╬®. So below that frequency the response is more or less no loss. Above it, the impedance is rising to become significant with respect to the 50 ╬® impedance of the ports, and so you're seeing increasing loss.

At high frequencies, a series inductance is not a good model. Gross things will happen when the wire gets longer than ╬╗/4, which is a few hundred MHz, and you're just seeing whatever you get.

Don't panic, wait for the coax, and check it at high frequency again then.

Not the answer you're looking for? Browse other questions tagged rf test-equipment spectrum-analyzer or ask your own question.