What would happen if a superconducting power line were hit by lightning?

I recently read an article on EETimes, discussing superconducting power lines to increase transmission efficiency by 5-10% due to nearly zero ohmic resistance. They state that normal power lines

provide protection against surges and lightning

Practical superconducting cables typically have a (normal) conducting material around or between the superconducting elements, so an impulse that exceeded the critical current density would cause the cable to go normal in near that spot, probably damaging the cable and arcing, requiring repairs to patch the gap with power removed. 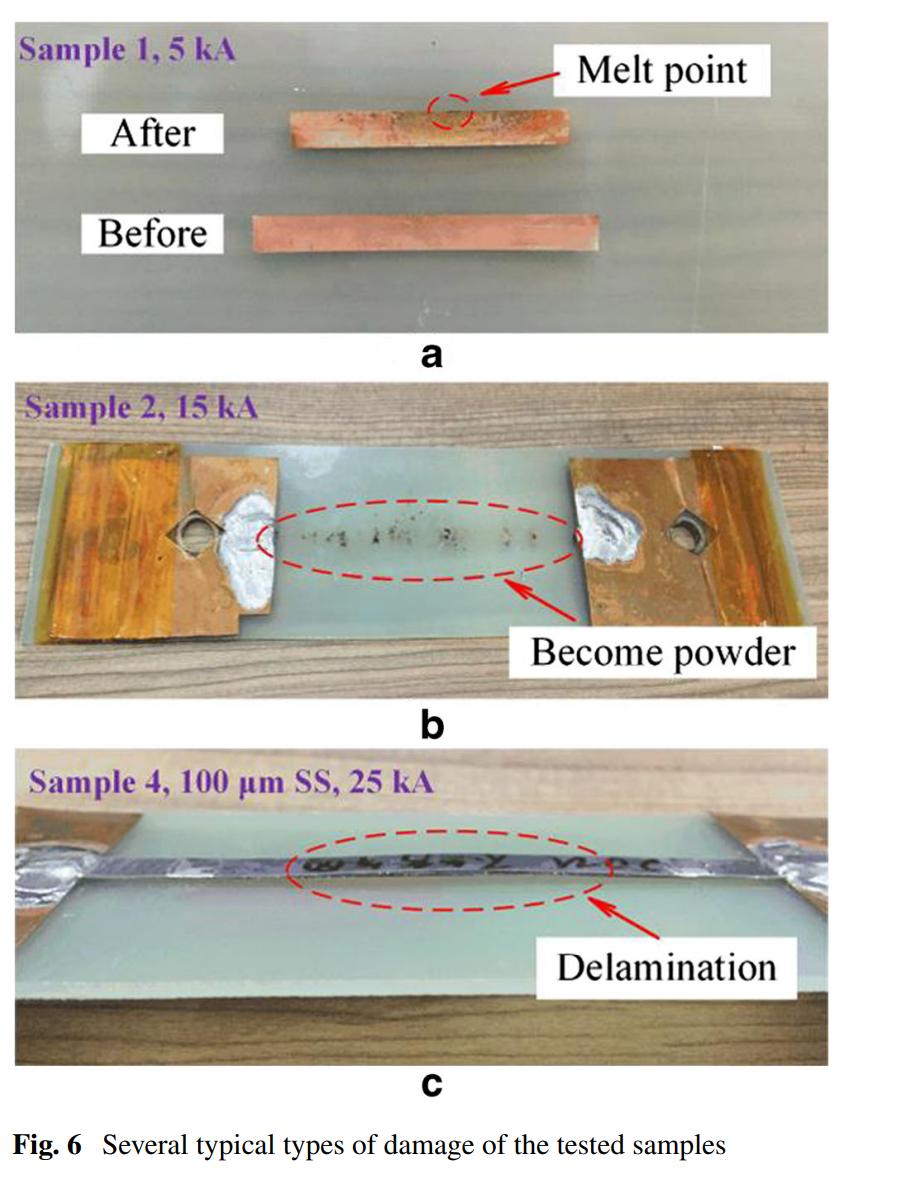 Superconducting cables dissipate energy when you try to change the current going through them.

If the current spike is not enough to quench the superconducting state, the energy would spread through the grid as surge voltage same as in normal distribution.

But a quench could very well happen, turning the line either into an insulator (YBCO or BSSCO) or a metal (Niobium based materials). This would dissipate the strike energy in a much smaller area, likely incurring structural damage and threatening a failure of the cable, at least until it cools back down.

Therefore, I suppose superconducting lines would need protection much like ESD protection on PCB level. This would limit the voltage over the superconductor to a small level, and limit the current rise rate and consequently energy dissipation. The energy would instead dump in the shunt elements (here depicted as Zener devices): 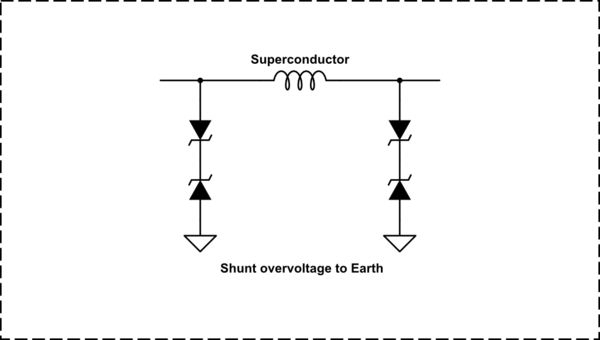 2
What are the ways to power 5V sensor using solar panels?
4
What is the maximum power transmitted through NFC that can be harvested?
0
What is the typical power that is transmitted through NFC from a smartphone
0
Real Power or Reactive Power in Superconducting Motors?
0
What is meant by lightning dissipates through a vehicle's body?
2
How would superconducting circuits save a lot of power in a small electric car?