Why does air conditioner power draw fluctuate during the day?

My air conditioner is controlled by a thermostat like most are. When the set temperature is exceeded, the system turns on the air conditioner using the R and Y wires of the controller. As I understand it, this causes the furnace controller board to activate a relay which turns on the outside airconditioning fan and compressor, and the inside fan is enabled as well (I also connect R to G to enable the circulation fan.)

What is curious to me is the drop in power draw as it gets later in the day. I would have thought an air conditioner is either on or off - drawing the same amount of current (ignoring blockage in air intake etc - assume these are constant). Look below:

Each block is when the thermostat turned on the air conditioner. Green indicates the compressor / fan outside, blue is the power draw from the furnace.

Why does the power draw slope down like that?

At 18:00 it seems to be at its highest, then each time it turns on, the power draw reduces even during a single cycle, dropping from a maximum of about 3.2kW down to 2.66kW.

The only thing I can think of is that it correlates with temperature, and that if it is cooler outside the compressor does not work as hard. See temperature for same time frame:

As the outside air cools down the effective consumed power of the ac will go down. This is specified in a table of the datasheet for the external compressor unit.

Here is an example of such a table from a heat pump unit. 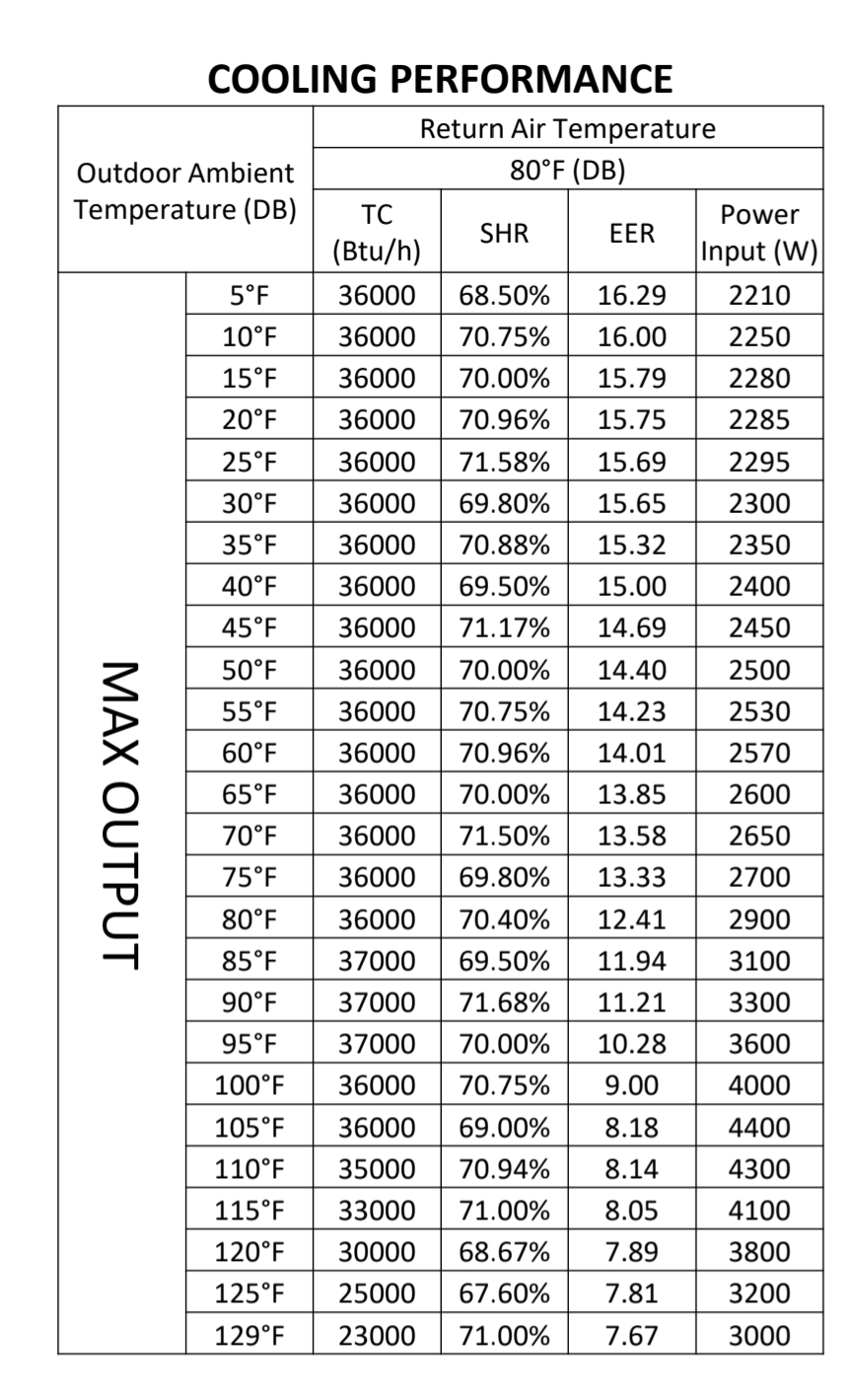 10
Where does all the power consumed by a CPU go?
1
Why and How does Power Plant generate Watts?
20
Why is home voltage value higher during the night?
1
Why does my DC power supply fluctuate and say 0A? And why won't my motor spin?
0
When a utility company uses the term "installed capacity" does it mean energy or power?
34
Why does power dip during a lightning storm?
2
Why does the rotor of a synchronous generator accelerate during faults?
0
does the temperature of ambient air affect the power consumption of an incandescent light bulb
6
Does an EEPROM consume power only during the transition edges or during entire read/write cycle?