I found the enclosed circuit on the internet. There were plenty more like it so I would have thought it should work.

What I get is nothing like a sine wave, at 2 MHz.

What could be wrong?

Relatedly, the NE5532 seemed to be getting a little warm. The circuit was consuming 25 mA. I already had 2- and 2+ joined, so I connected them to the virtual ground. Now the circuit consumes 50 mA, and the 5532 seems warmer. 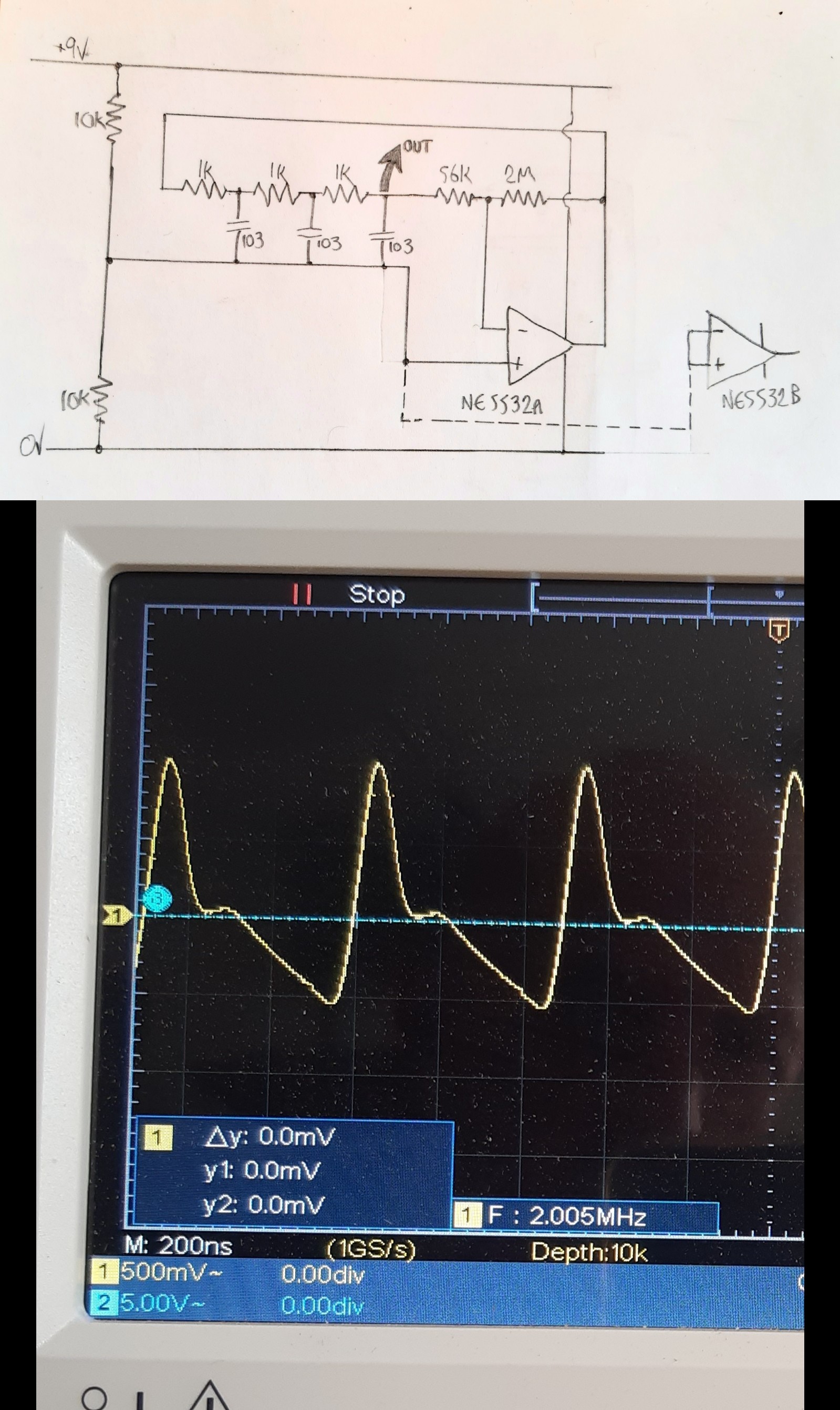 You can use the second opamp to make a buffered virtual ground.

I ran this through LTspice and it oscillated slightly above 30 kHz. 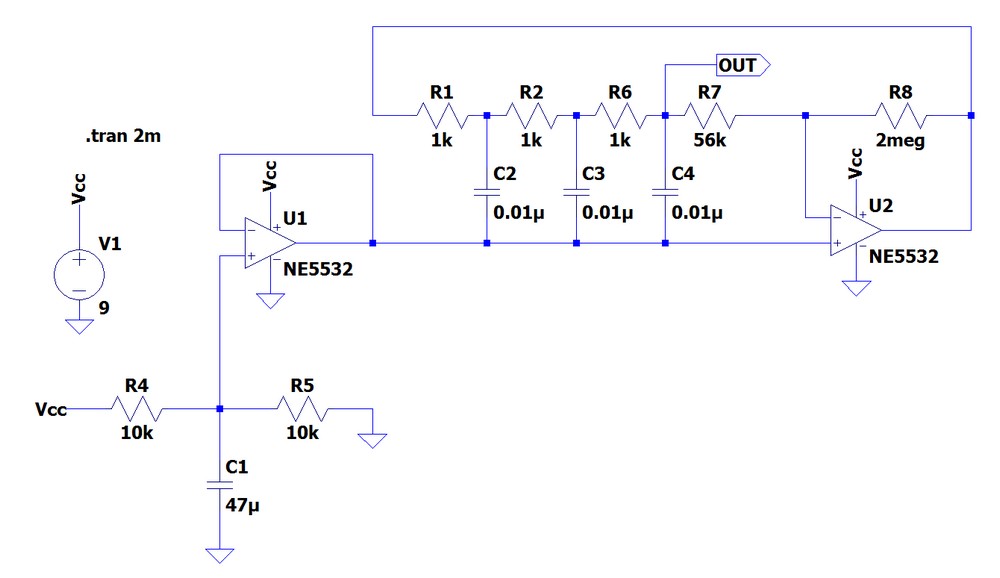 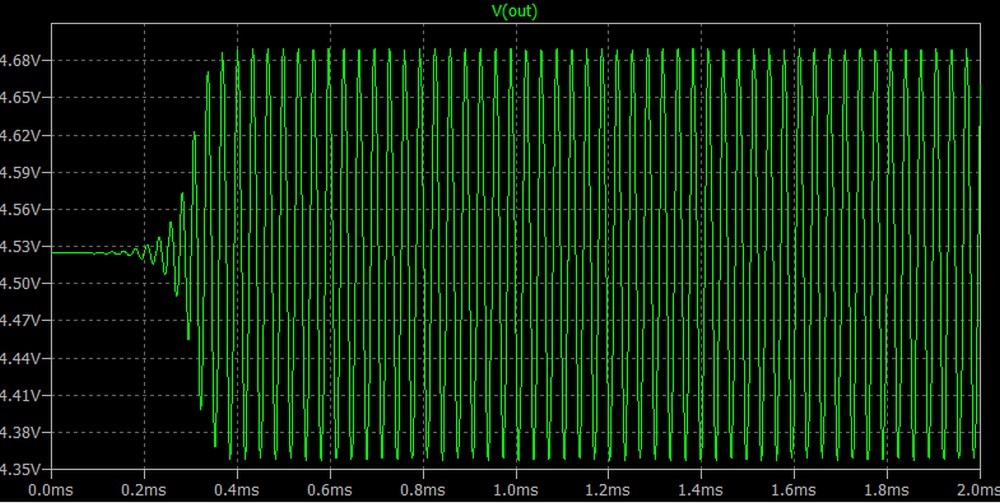 An alternative amendment to the circuit is to leave the op-amp's non-inverting input connected to the junction between the two 10k resistors and just reconnect the bottom of all 3 capacitors to 0 V. If its reluctant to start oscillating then you could try increasing the gain a little by reducing that 56k resistor a bit.

The theoretical oscillation frequency for the low pass version is fosc = sqrt(6)/(2.pi*RC) = about 39 kHz.