How can I determine polarity requirements for a device that is missing its power supply?

I have a MASSFIDELITY relay, wireless Bluetooth receiver for which the power supply is missing. I found a manual for the device that states it requires DC 5V 1A power, but says nothing about polarity. I ordered a so-called replacement power supply, but the one I received was 12V so I no longer trust power supply retailers to know what this device needs. Is there a way to determine what the polarity of a power supply should be by looking inside the device? The device can be opened easily so as to see the back of the power input lug etc..

Here is a photo (from here) of the official power supply.

It sort of looks to me like center positive (the lower right symbol), but I would not risk a $250 device based on that blurry guess. 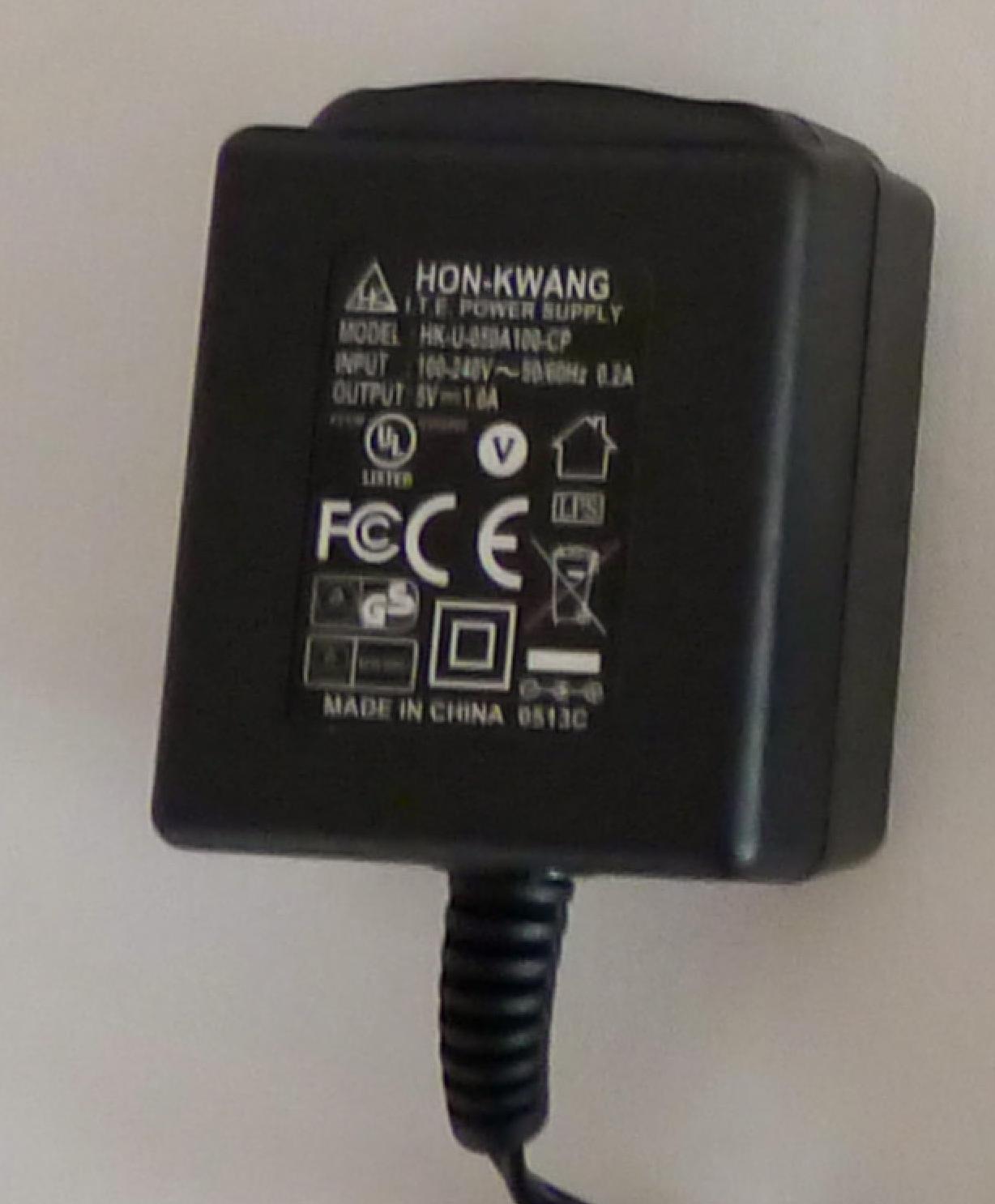 Unfortunately the construction inside is not that easy to follow from a simple single photo. Try to get a photo of the back of the connector board looking in the direction of the arrows (photo from here: 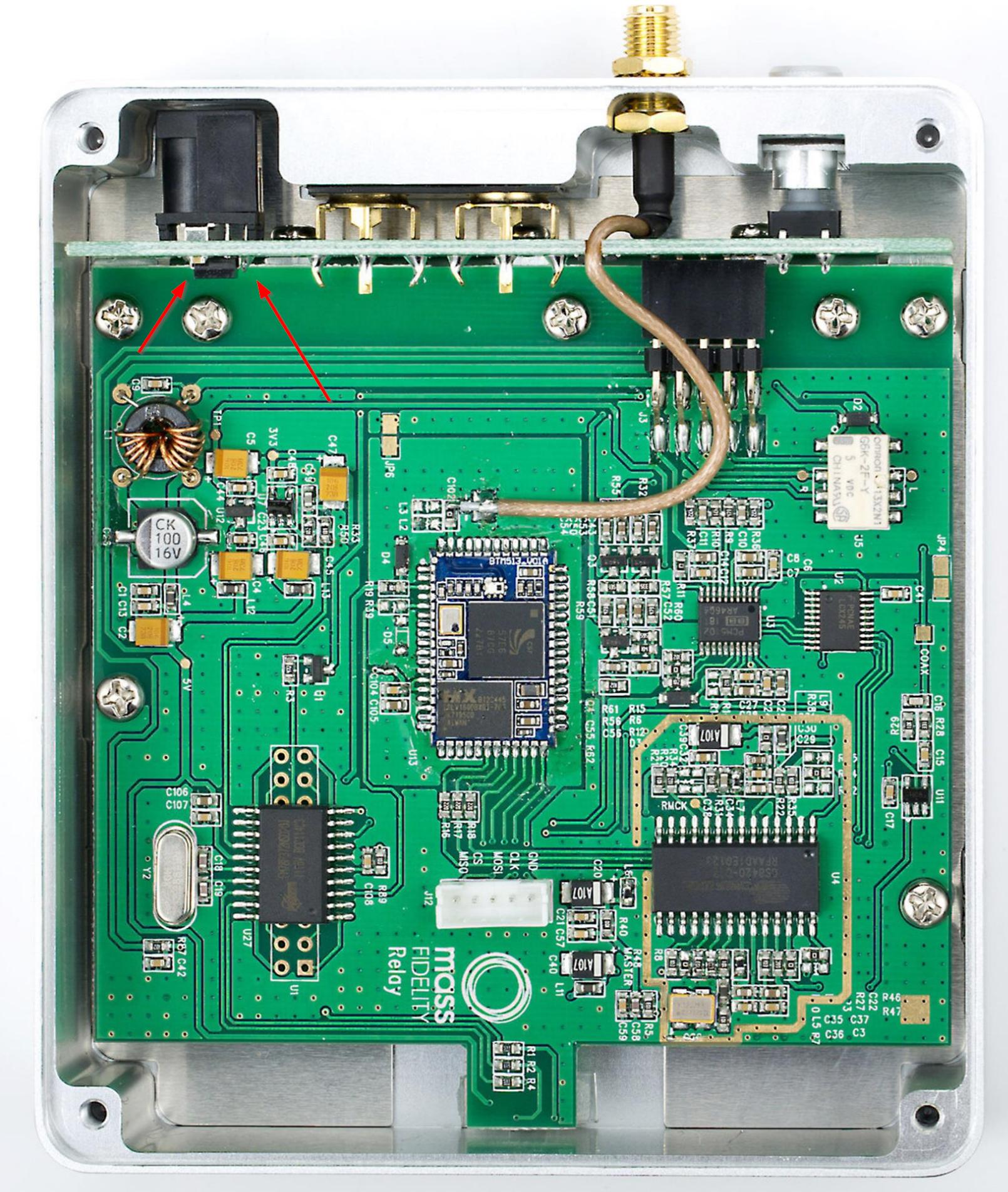 Sphero's answer indicates that it's probably center-positive. I found a couple more pictures on Google Images for replacement adapters, which are also blurry but look more like center-positive than center-negative. Center-positive is generally the standard for most devices these days.

Looking at the board, it seems like the ground plane is likely connected to the chassis via the mounting screws, so it's possible that the polarity could be found by measuring the resistance from the DC barrel jack connector to the case.

Get a multimeter, put it in resistance mode, and put one probe on the metal chassis or a screw. Then touch the other probe to each part of the barrel jack.

You might be tempted to use continuity testing mode on the multimeter to do this kind of connectivity check, since the beep is seen as more convenient than reading the display, but I would avoid it here because you can get misleading results while the input capacitors charge up. With the multimeter in resistance mode you can tell this is happening because the apparent resistance will start low and slowly increase over time, whereas with a direct connection (ground to ground) it will stay low.

Note that this test isn't a 100% guarantee and there's always some risk of damage if you guess wrong. If you're not willing to take a risk, I recommend contacting the manufacturer to confirm the polarity.

1
Possible to determine a device's power requirements based on the batteries it takes?
1
Known voltage/current source
3
BeagleBone Black - power supply sensitivity
2
What do you call a device that reverses polarity?
1
Protecting a power supply from inductive load
0
How to make a power supply cable for a 10.5V 4.3A laptop OR how much higher voltage can I use
1
-30V power supply for HTS6520
0
Is there a way to determine polarity of a DC device that has missing power adapter?