Discussion on demonstrating saturation in operational amplifiers with positive feedback, and simulation problems

I have been dedicating my time to the study of Operational Amplifiers for the past few weeks.

I understood that an amplifier in an open loop configuration has a very high gain, in the case \$A \to \infty\$, so the output \$V_\text{out} = A(v^+-v^-)\$ is always \$v_{cc}\$ (this value being the OpAmp's power supply), therefore being always saturated, that is, a non-linear region with interesting applications in comparators.

On the other hand, the feedback can be done in two ways. The negative one, according to the more stable literature, I opened the equations in the configurations of inverting, non-inverting, summing, subtracting amplifier, and I also checked the virtual short circuit issue. I understood that the gain is controlled, and that's fine up to that point.

I saw a qualitative explanation, that negative feedback connects the output of the inverter input, and from the expression \$V_\text{out} = A(v^+-v^-)\$ , you can see that the output signal is decreased, while in positive feedback the signal is even more unstable (increased), but I wanted to know more details about this.

To make matters worse, I did a simulation in multisim, and the result left me even more confused. Below. 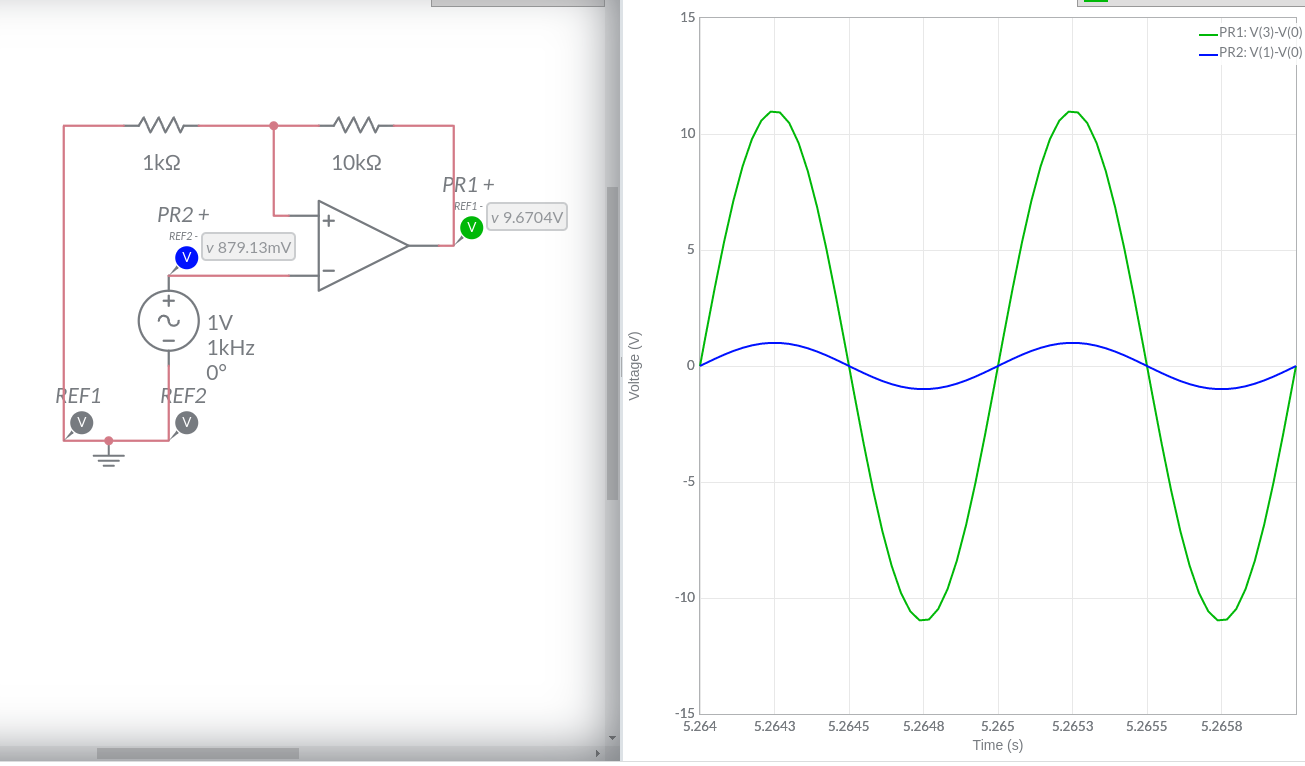 I tested another simulator here, and the result was also the opposite of what I expected. See below. 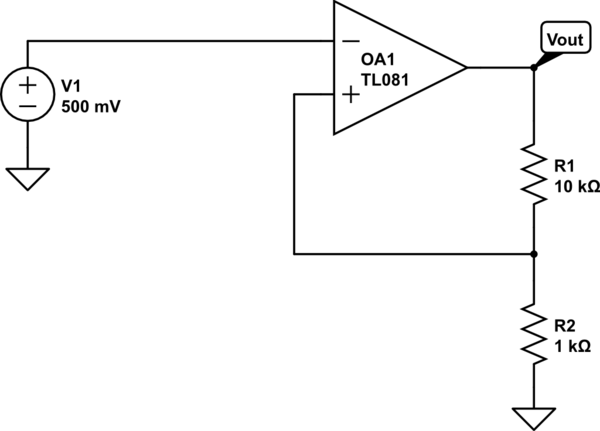