How are the values of resistors in this transimpedance amplifier calculated? Also, why is a resistor divider used in the feedback path? 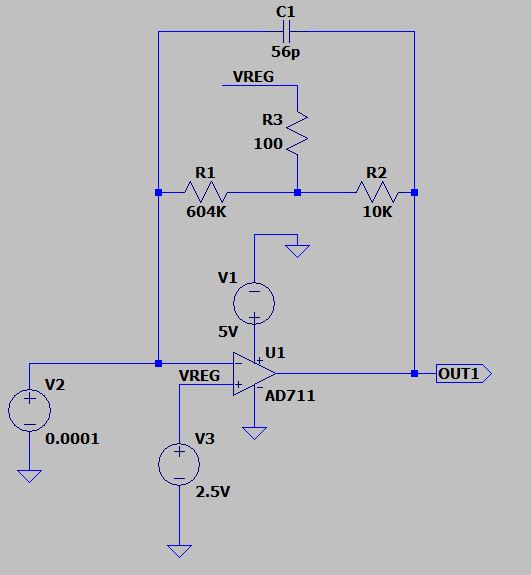 First of all, a transimpedance amplifier is a current-to-voltage converter. So you should replace V2 with a current source in your simulation.

Well, I think C1 should be connected across R1 (i.e. R1 and C1 in parallel) so I'm posting this answer with this assumption.

The configuration in your question is called "Transimpedance amplifier with T network". And since this amplifier is a single supply amplifier, its non-inverting node is tied to half VCC, and the T node is tied to that node as well.

At AC, VREG pre-basing node connects to ground (because a DC source has no AC component) and so does the T node. And the combined T network provides a very high resistance (even higher than the largest component in the network) thus brings very high gain without using ridiculously large resistors.