I am watching a Youtube video about a very simple RC differentiator. 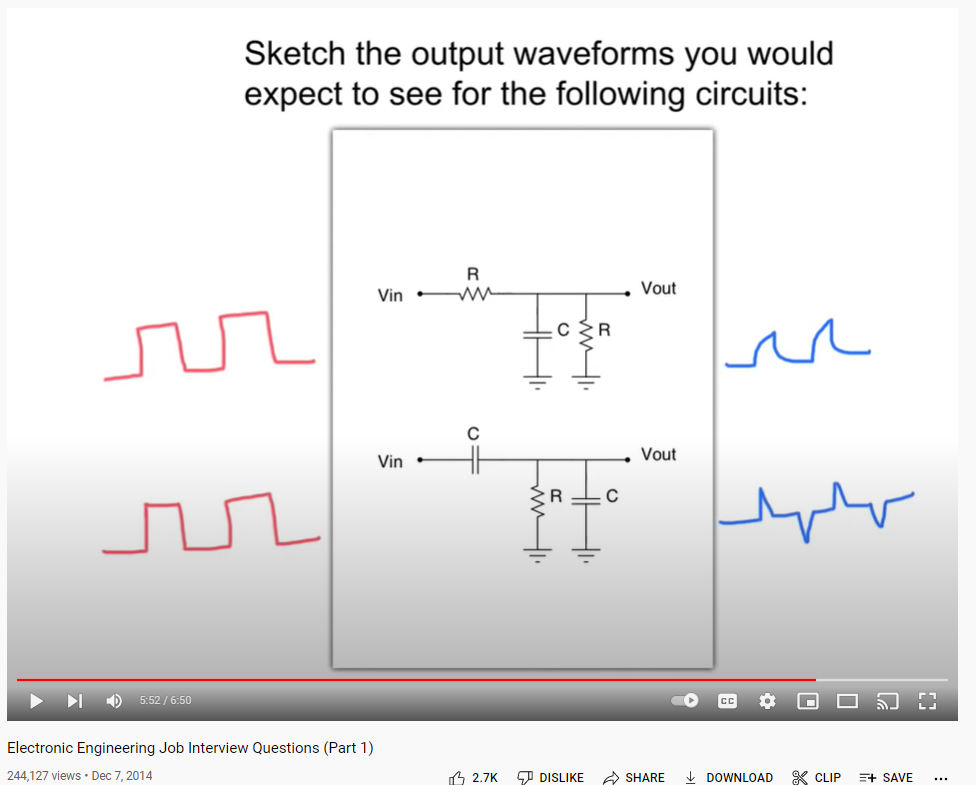 I really cannot understand how the output waveforms looks, where there is a negative part. I know it is a simple question but please help me to understand this basic circuit.

In the integrator the capacitor starts out uncharged and acts like a short, when the input goes high the current flows through the resistor and charges the capacitor.

When the input goes low the capacitor now discharges through the resistor. The rise and fall are exponential, so the output looks like a saw tooth, curving up and down.

Now let's add the second resistor and cap back in.

In the integrator the resistors form a voltage divider, and if they're equal the output will be basically the same except the peak voltage will be half the input high voltage. At the same time, the resistance in the circuit is half what it was without the second resistor so the time constant is cut in half and the charge and discharge happen twice as quickly. Note the width of the curve from the start to where it flattens out. 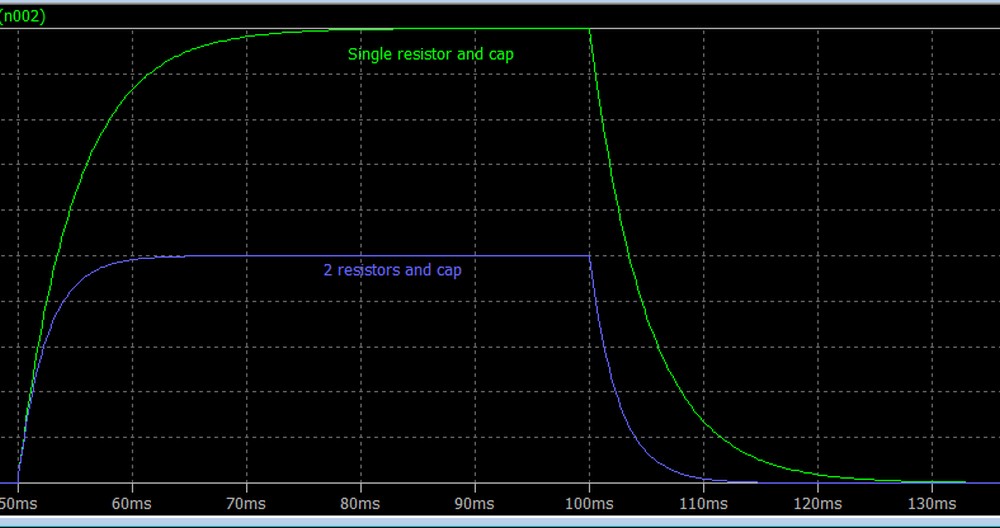 In the differentiator the capacitors also form a divider, so the same thing happens, the output waveform peak voltages are half the input high voltage. In this case the capacitance is doubled, so the charge/discharge happens half as quickly. 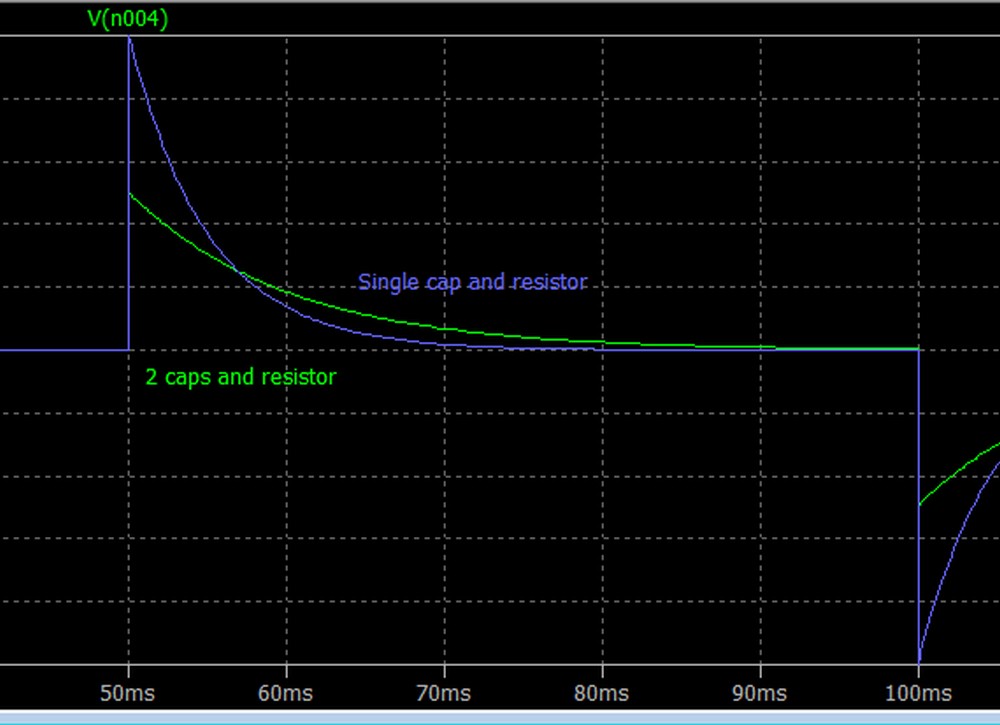 As a interviewer, I have given the simpler RC and CR circuits earlier in the video as questions to prospective employees. I did not give values, but it was an interactive test, they could ask for clarification. I would ask what might the output look like. Only about 20% would get them both right. To be fair, most of the jobs were for digital design, but I still think that every EE should have some basic understanding of analog circuits.

The intuitive way to solve these is to remember that the capacitor voltage will be the same immediately after the step function. Then, it will charge/discharge to the new steady state. 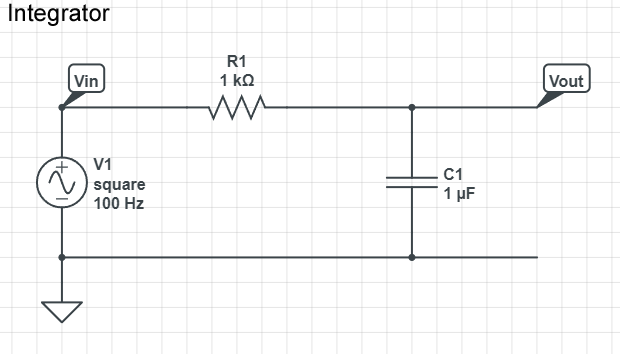 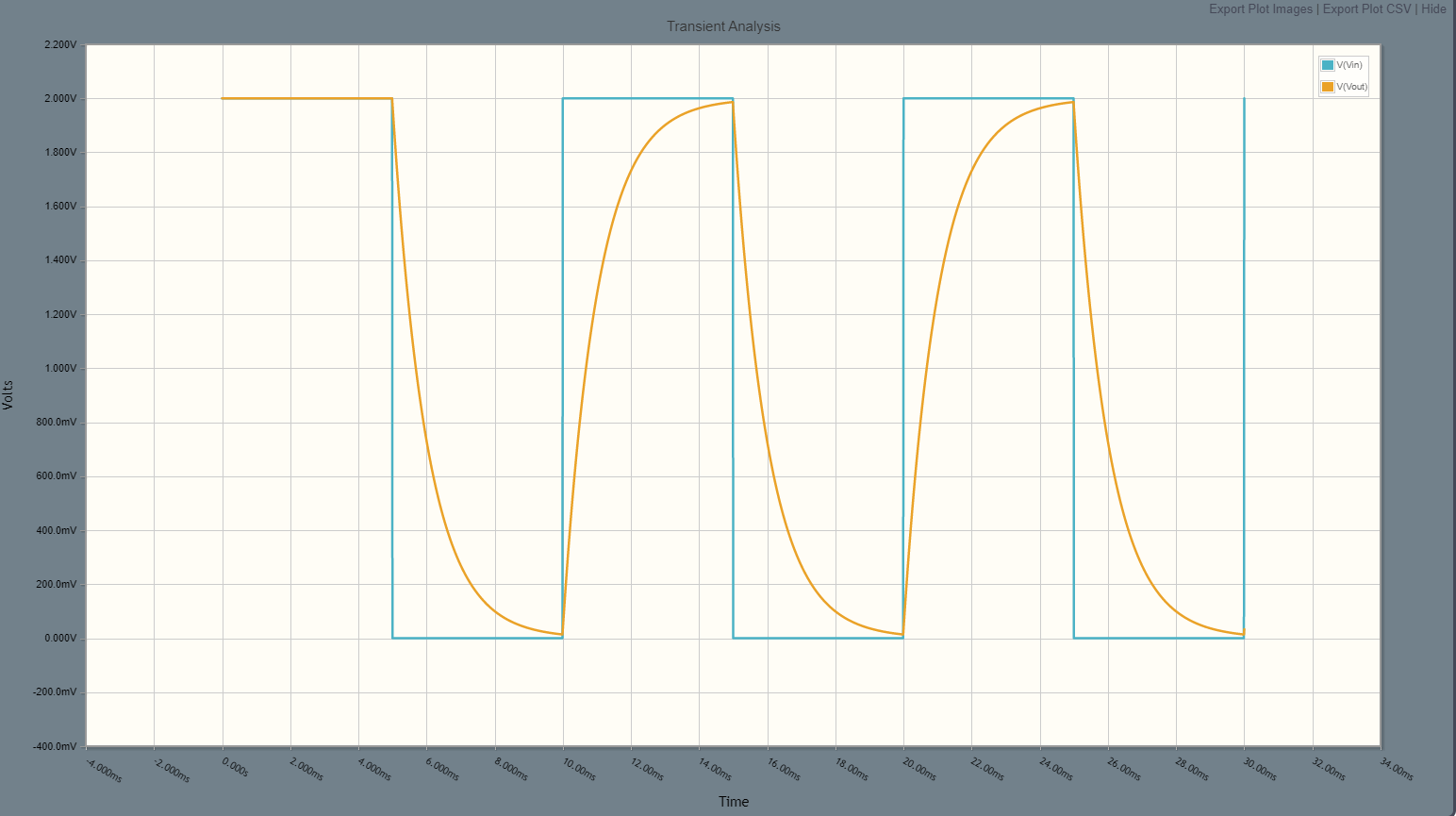 For the differentiator, assuming that the time constant is small compared to the period (cap is at steady state before the next edge), when you apply a negative step function to a cap that is charged, the negative voltage step is transfered to the output. 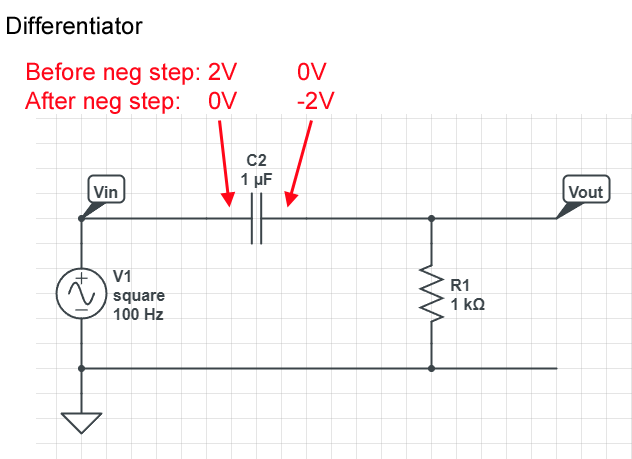 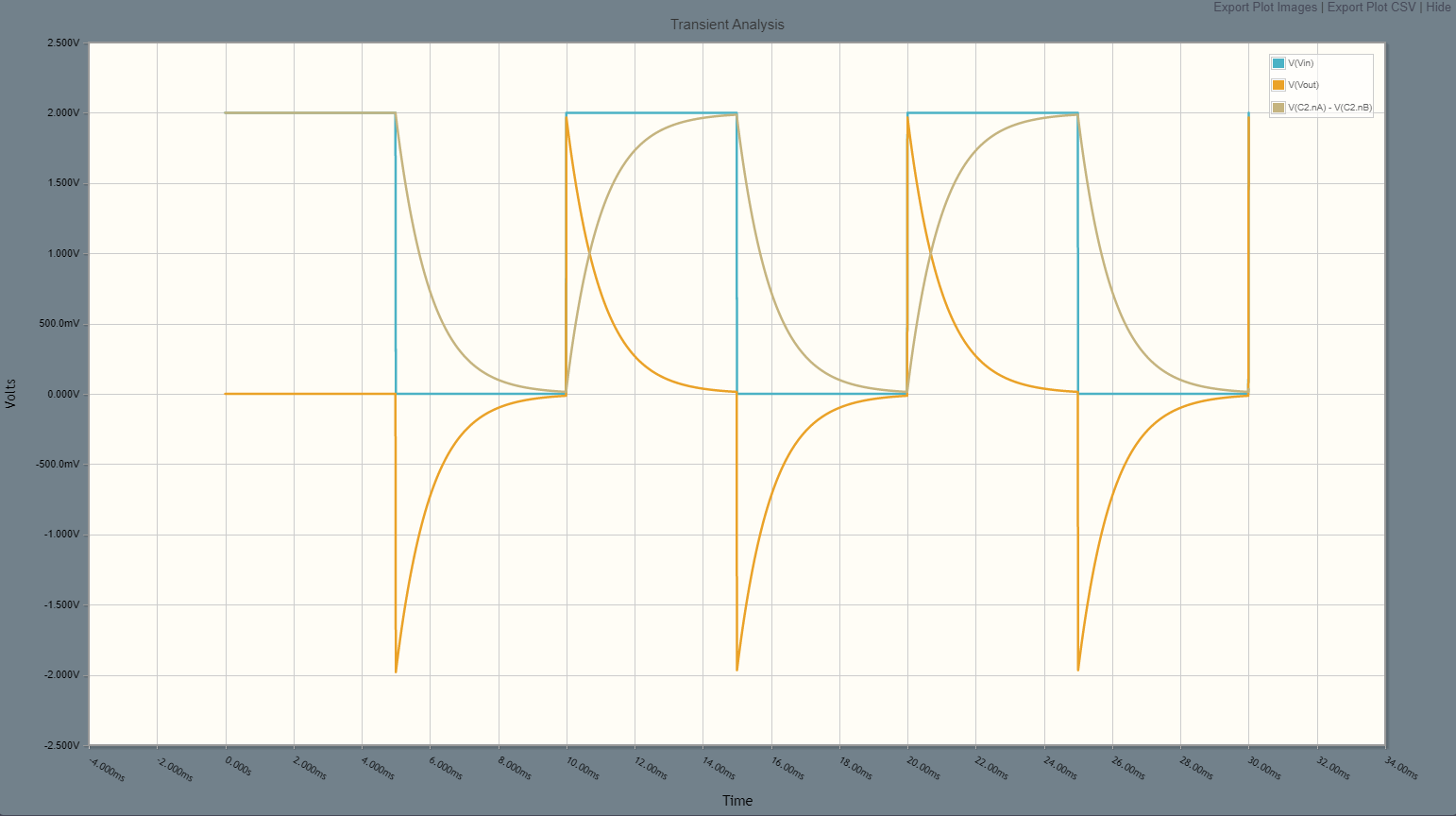 For the first question in your post, it is easy if you realize that a Thevenin equivalent (input and 2 resistors) will have a voltage of 1/2 the original.

Unfortunately, the second question is not intuitive to me. IMO, it is considerably harder than a simple RC or CR. I would guess that only a few percent of people could solve it in 30 seconds. I am not one of them.

Notice that the transfer function of the circuits is given by:

Using the convolution theorem of the Laplace transform we can see that: