I saw an LED panel on Amazon with 50 LEDs, see picture. In the description they write that 3030 LEDs are used. I found in the datasheet that the maximum current is 250 mA for this type of LED.

But still, how can they do this, because there is no guarantee current will be divided equally in parallel. Do we really need 1500 mA for this? 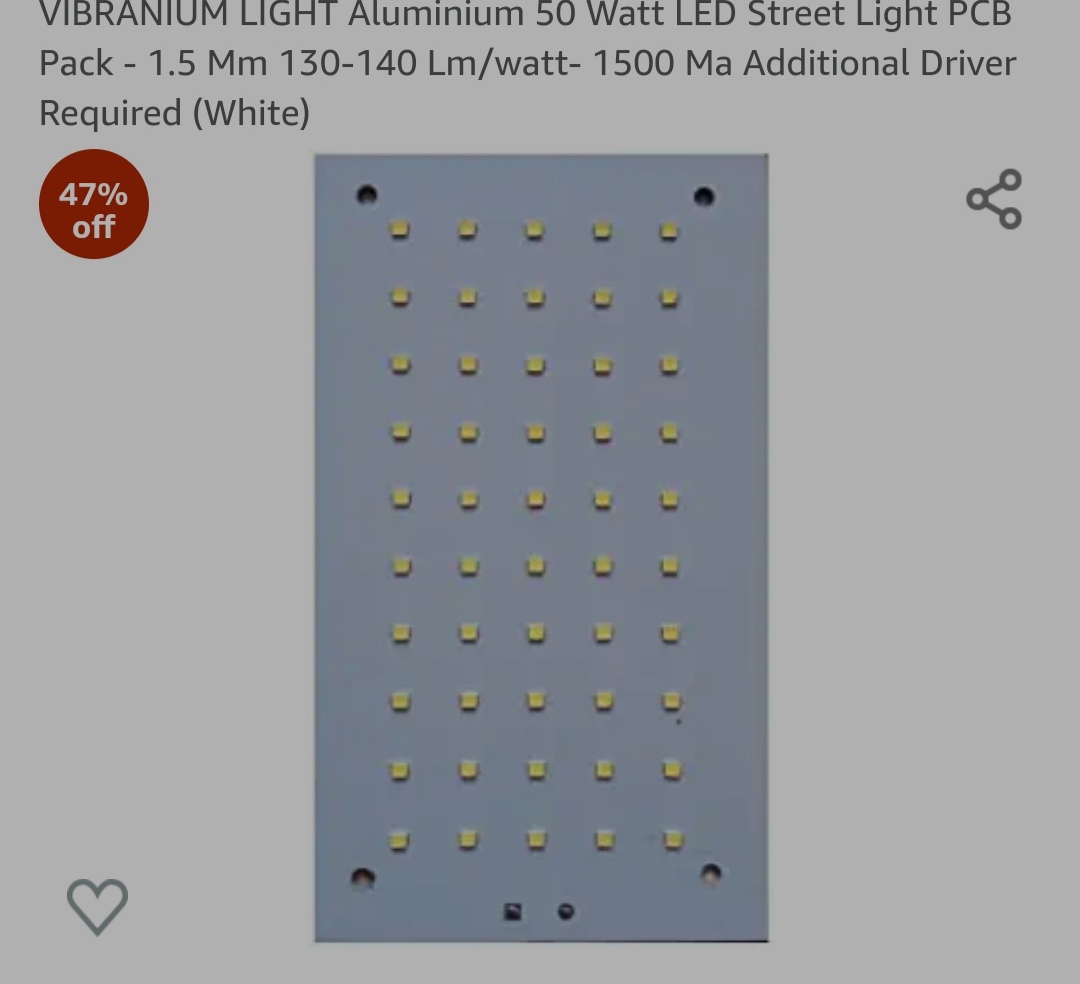 I googled and found the higher resolution images from Amazon. If you look closely, all 10 LEDs are directly in parallel, and then those 10 are in series with the next ten:

This design maximizes the current imbalance and the risk of thermal runaway, and is the least safe configuration. If even one LED in the entire array is a little lower forward voltage than the rest, it will draw most of the current and burn up. I would not recommend this product.

The more standard way to way is to do series strings that are put in parallel. That way the variation averages out across the length of the string.

It would be better if you could find a source that provides better technical details than amazon, as I would be very hesitant to trust that. But, there is a way that you could design the led circuit to guarantee that each string of LEDs would draw the same current.

If we take your example of 5 parallel connections of 10 LEDs in series, then at the top of each string, we would simply need to add a chip that provides a constant current to each string. This is a more robust solution than just hoping your strings happen to be closely matched in terms of forward voltage characteristics. Here's an example chip I just quickly found on google that would perform this function. All of these chips would be hooked up to a general supply that could supply 1500 mA (hopefully more for a bit of margin) at whatever voltage this would be run at.

I also found this answer that helps a bit. If the variation from LED to LED is fairly small (the practice of supplying parts that have similar performance parameters is called binning), then you can put them in parallel and not worry about one of the LEDs taking the majority of the current. Putting several in series in each string would further reduce the effects of manufacturing variability as each string would average out the variations in each individual LED. I would suspect that this is what they've done for this board.

It's very likely to be a series/parallel array of LEDs. It works because all the LEDs come from the same batch and so will be reasonably closely matched.
It won't be exact, but an array that size will be dazzlingly bright, and anyone who looks at it won't notice any slight differences.