LED on MOSFET glows despite only cathode connected

I connected an LED with its cathode to the V- of a 5V power supply (with a resistor in between). The anode is connected to the source of an F9540N P-channel MOSFET. The LED glows (not well visible on the image since flash was on, but it does). It stops when I remove either the MOSFET or the power supply. 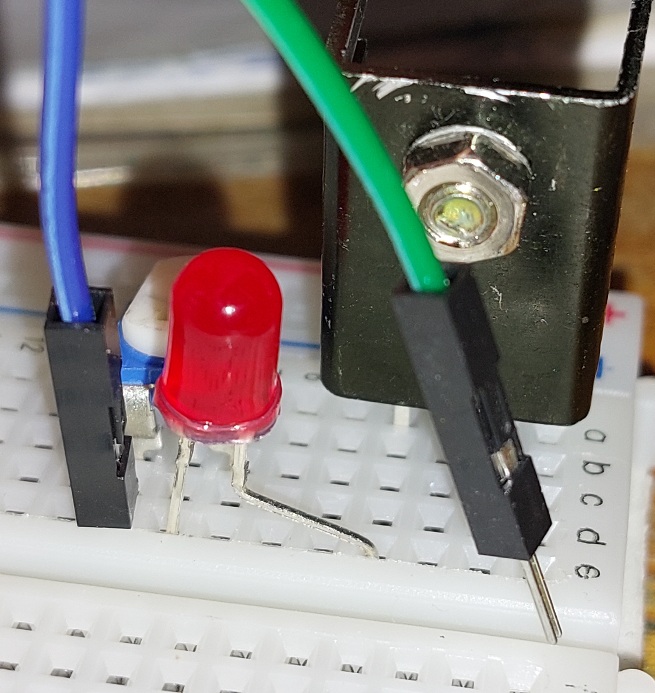 Here is a scheme of the circuit: 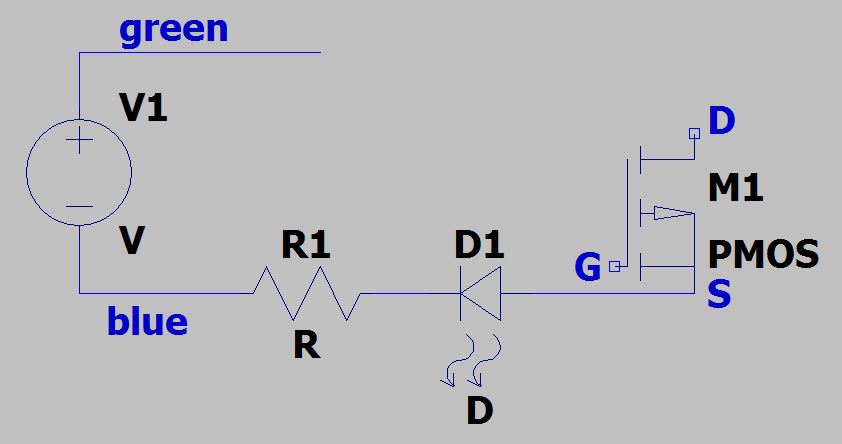 How does that happen and can it cause damage to any of the devices?

Since some users asked whether I am sure nothing else is connected, I took another photo where I only touch the LED with the source pin of the MOSFET: 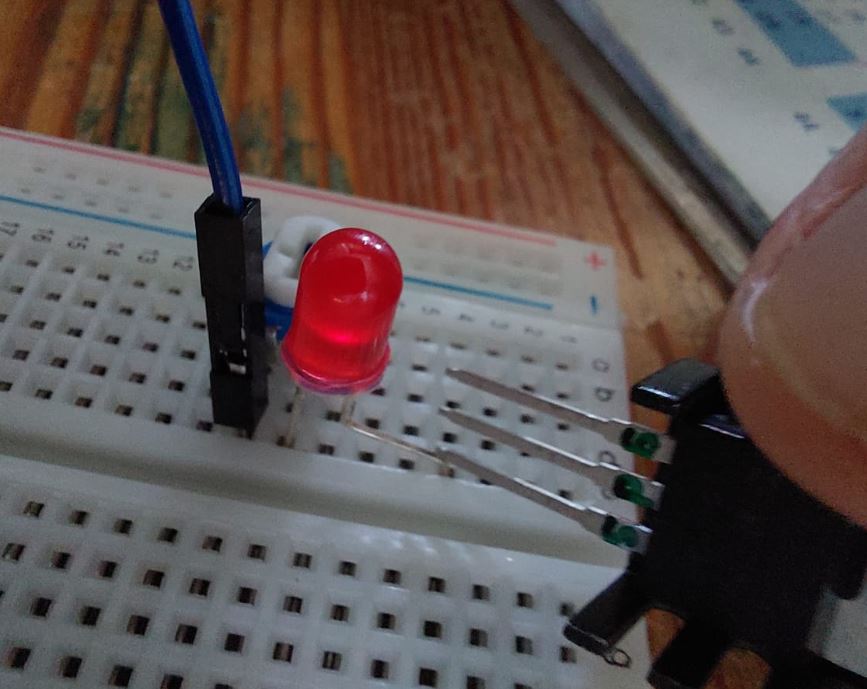 And this is the voltage source (blue connected to V-; just to proof I am not nuts):

As soon as I touch the LED, it starts to glow.

(Edit: I just realized in your first image that you don't have the drain of the MOSFET connected to anything. In which case it isn't the body diode doing this. In that case, the MOSFET body is being coupled to the environment and picking up some small current. See the second part of my answer. I'm going to leave the rest of my answer here because I think it might be useful to you)

Additionally, don't leave MOSFET gates floating. It takes an extremely small amount of charge to turn a MOSFET on and so if it's floating, it can easily turn on due to static charges or being coupled to other things in the environment. You should add a high valued resistor from the gate to the positive side of your power supply.

But this doesn't explain why you can touch the MOSFET to the led and have it turn on or why it turns on with nothing connected to the drain side of the MOSFET. This is most likely an entirely different phenomenon. LEDs are super efficient and can turn on with miniscule current. Try this: Add another jumper wire to your circuit on the negative side of the led. Pinch the other end of the jumper wire pin in your fingers so you are connected to the negative side of the led. Now try touching the MOSFET back to the led. I think this will prevent it from lighting up. Before, AC power from mains voltages was coupling through your body and going to ground through the LED or coupling through the MOSFET body. This isn't dangerous because the current is tiny and it happens all the time, we just don't notice it. The LED is a nice indication of this fact.

And if you've only connected things as described here, then you most likely haven't damaged anything. Body diodes in MOSFETs are not designed to be continuous paths for large amounts of currents, but can typically handle small loads.