What is the purpose of the square vias with no solder mask on this board?

This board from an electronic combination lock contains a curious mix of two types of vias:

What is the purpose of the square vias? 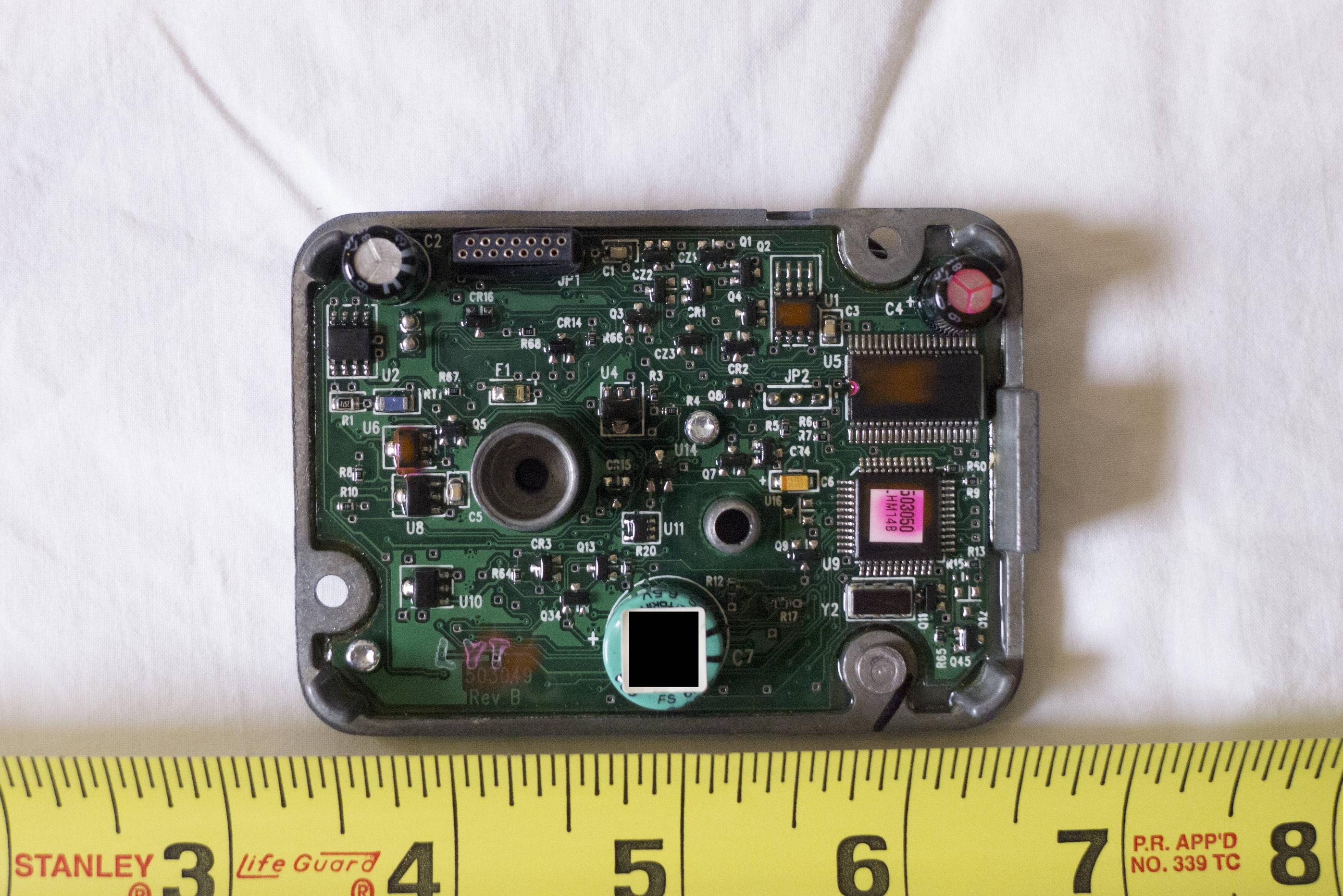 The uncovered square via holes are definitely test points. If you look closely at some of the placement for these you can notice that they have been routed out away from circuits that they connect into. This allows some certain spacing between the test points. Test points like this are most often used in conjunction with a pogo-pin test fixture in the factory for doing in circuit tests of the PC board assembly. The test points also often allow access to the programming ports of microcontrollers to permit software to be installed after the boards have been built.

This picture shows a typical test fixture that has pogo-pins that come to the board under test from both the top side and bottom side of the board. 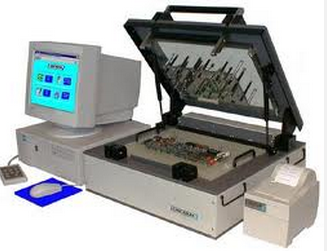 This picture shows the construction of a smaller type fixture but gives an idea of how pogo-pins are mounted. 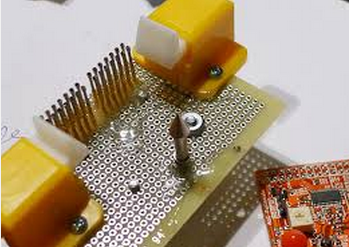 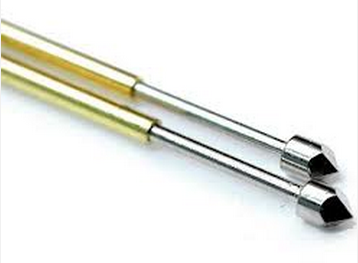 This picture shows a specialty application of test points that have been arranged in a special way so that a pogo-pin test connection can be engaged for programming a microcontroller. The programming cable with the guide pins and spring loaded test connection pins are branded as Tag-Connect. 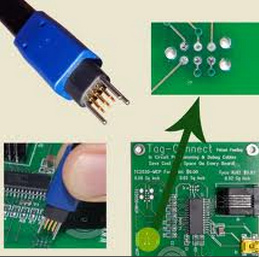 It looks like there are test-points on most (if not all) circuit nodes - because of this I'd say this PCB was built and then tested on a bed-of-nails Automatic Test Euipment (ATE). This is normal practise for many companies. It weeds out the boards that are not fit to be shipped to the customer.

It requires so-called "golden boards" that have been validated by the customer to be tested for inter-node resistances and currents so that the ATE has a bench-mark. Then there is an evolving period of time where a percentage of the actual production boards are re-assesed and the "benchmark" tweaked to give best yield. There are probably hundreds of different ways of doing it - I'm just recounting my experiences.

12
Soldering heatsink pad on bottom of IC
3
Connecting copper pours in Cadence (OrCAD) PCB Designer
0
How to disable/overwrite tStop overlap/conflicts detection in eagle's DRC?
3
How to cover vias with solder mask (solder resist) on Proteus
0
Vias in between BGA Pads
17
Why do some PCBs have exposed plated perimeters?
3
Is solder mask a valid electrical insulator?
0
Vibration test failure
2
PCB layout and stackup for space application