Criteria behind selecting pwm frequency for speed control of a dc motor? 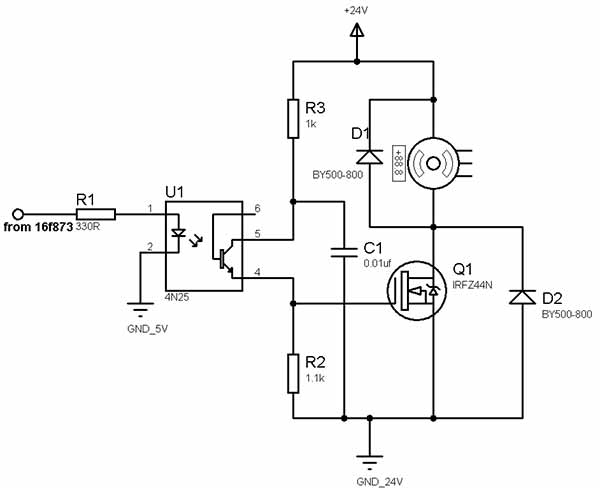 There are several issues effected by the PWM frequency when driving a motor:

Each coil will have some finite resistance, which causes lost power proportional to the square of the current through it. The losses will be higher at the same average current when there is a large change in current over a pulse. Consider the extreme example of the coil reacting to the pulsed voltage almost instantly and you are driving it with a 50% square wave. The resistive dissipation will be 1/2 of driving the coil full on all the time, with the average current (therefore resulting motor torque) also being 1/2 of full on. However, if the coil were driven with a steady 1/2 current instead of pulses, the resistive dissipation would be 1/4 of full on but with the same 1/2 of full scale current and therefore torque.

Another way to think about this is that you don't want significant AC current on top of the average DC level. The AC current does nothing to move the motor, only the average does that. The AC component therefore only causes resistive losses in the coils and other places.

As for your circuit, my biggest concern is how slowly Q1 will be driven. Opto-isolators are notoriously slow (relative to most other components like individual transistors), especially when turning off. You only have R2 (although I can read its value) pulling down on the FET gate to turn it off. That's going to be slow. That may be OK if you can tolerate a slow PWM frequency, considering all the other trade-offs I mentioned above.

You might consider putting a PIC on the motor side of the opto. You can communicate digitally with that PIC via a UART interface or something that doesn't have to run at the PWM frequency. That PIC then generates the appropriate PWM locally and drives Q1 hard on and off with extra circuitry for that purpose. That way the high speed signals and fast edges don't go across a opto isolator.

I would recommend opto-isolated gate driver like this: https://www.fairchildsemi.com/datasheets/FO/FOD3182.pdf I've used something like this in class D amplifier at ~200kHz switching frequency.

Also, to comment on winding resistance, the current in the motor will keep rolling thru the diode, and it will exponentially rise when switched on, and exp. decay when switched off, so the heat in the windings will not be as bad.

Not the answer you're looking for? Browse other questions tagged mosfet pwm dc-motor opto-isolator gate-driving or ask your own question.