Help identify this component (probably some sort of thermal fuse)

This is a part taken from an old steam cooker. It has two terminals at the top. The first terminal is connected to the phase wire (230 V AC) as it enters the device and from the second terminal it is routed further into the device. For this reason I think it is probably some sort of a fuse. 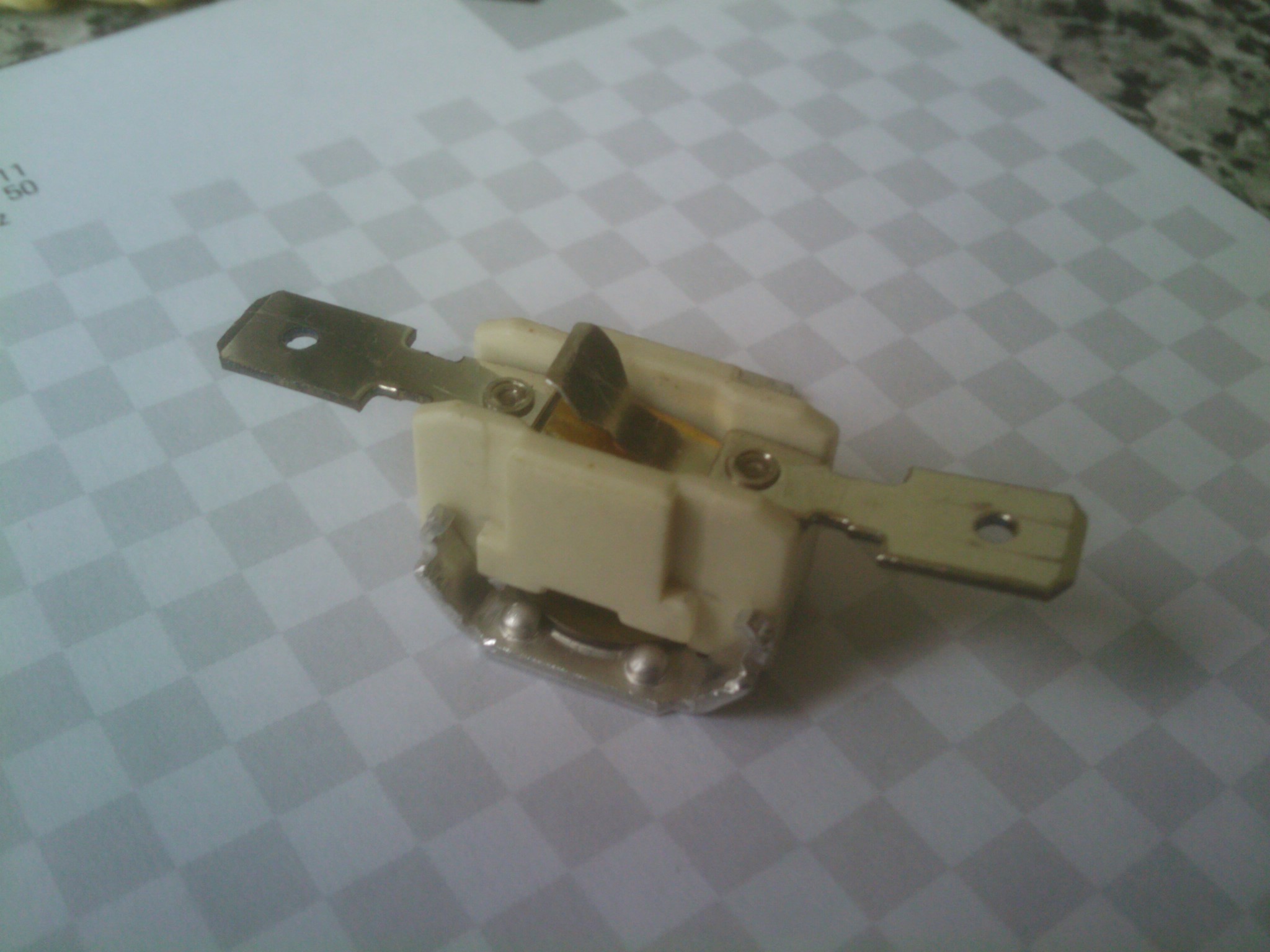 The two terminals on top are bridged by a two thin metal sheets. There is a vertical ceramic rod that goes through the part, pushing on those metals from downwards. When the rod is pushed up, the metal sheets are disconnected. In the base there is what I guess may be some bimetallic sheet that would push the rod up when the device overheats.

I would like to know if it is indeed a fuse and how is this component called exactly. I tried to find some pictures of fuses but they looked very different from what I have.

As a new member on this site I cannot post that many (that is 4) pictures, so I have to give a link to a HTML page where additional photos are.

It is a thermostat as Dave Tweed and Kaz noticed.

I got a similar one and it has the temerature written on it: 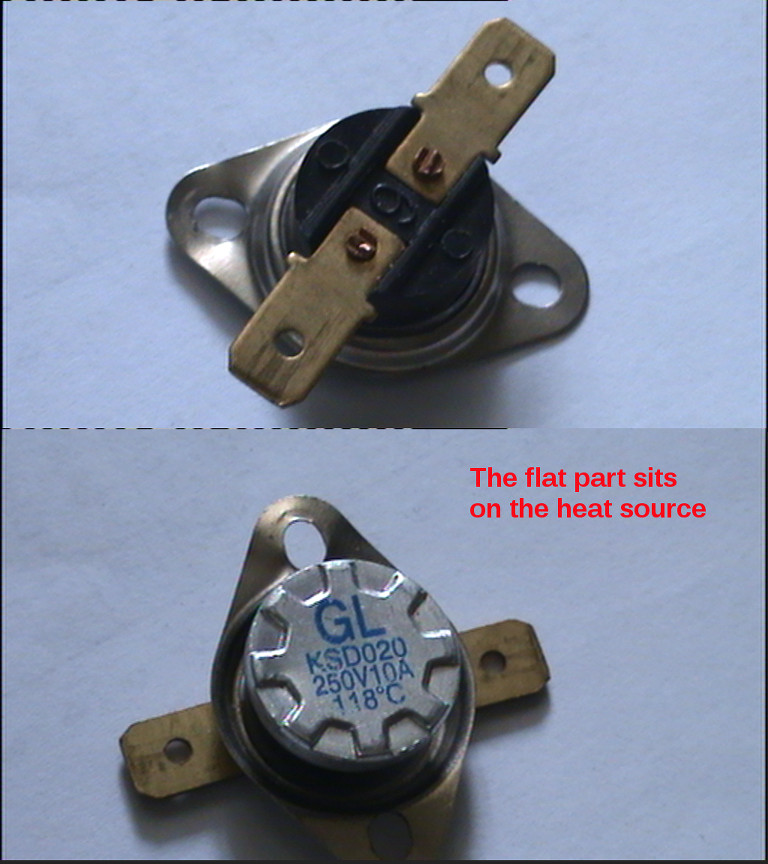