What the name of this connector?

I've spent a load of time looking for the answer to this question, but I cannot find it. What is the official name of this connector? 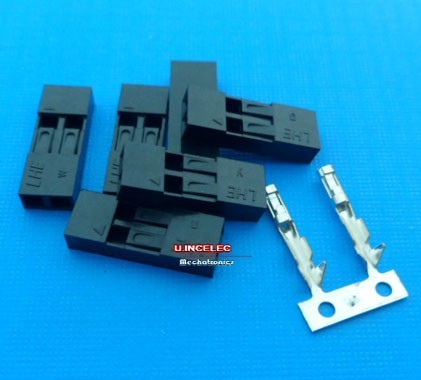 connector identification
Share
Improve this question
edited May 10 '13 at 4:40

If the case was that you happened across this image out of context, I recommend images.google.com. Google lets you search by image, basically you can bypass the 1000 words by just uploading the image.

The metallic parts are called crimp connectors - typically sold in strips such as in the photo, and removed from the strip before / after crimping to wire.

The housings are available in singles, twos (as in the image in the question), threes, and so on, as well as in single, double, and even triple rows, maybe more.