Servo not working with Arduino

I've connected a servo(AS-18 acoms) to my arduino and I've uploaded the sweep example onto it. But nothing happens . Here's a pic. I've connected the positive terminal of the servo to 5V on the board, negative to ground and the pulse wire to digital pin 9. Is that right? 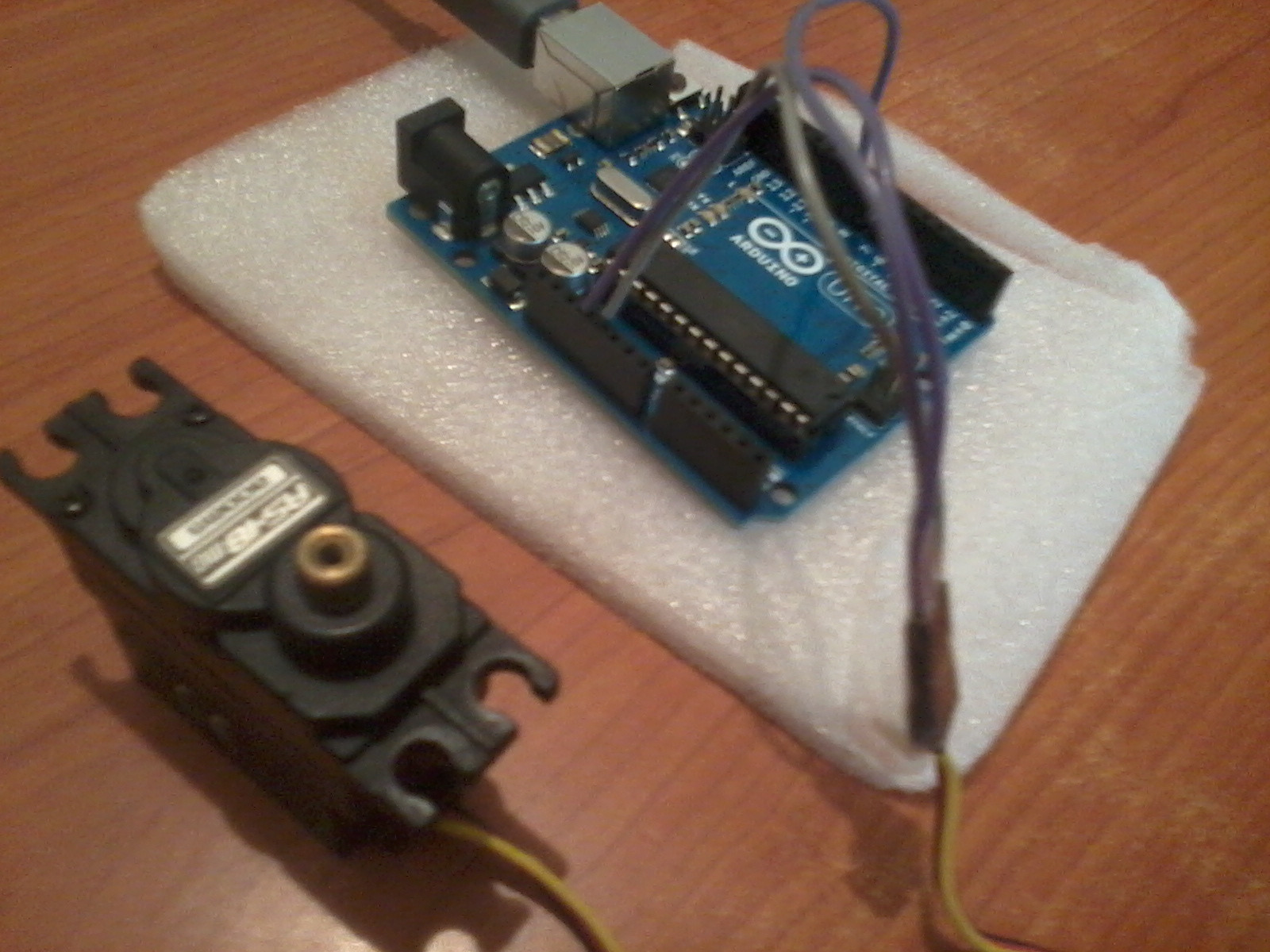 Assuming 75% efficiency under no load, the power consumption at start of motion (when it is overcoming inertia) is thus around 2.67 Watts.

At 5 Volts and 2.67 Watts, current required is 534 Milliamps. This is above the current an Arduino's 5 Volt line can provide. It appears from the question that the Arduino's power source is USB: The USB port limitations of 500 mA reduce the available current to the servo, as the Arduino board itself will consume some of the available 500 mA.

Ideally, the power pin of the servo needs to be supplied by a separate 5 (or 6) Volt DC supply, with the ground of this external supply tied to the Arduino ground. 4 AA alkaline cells should suffice.

If this is not viable, then one could try to power the Arduino board with an external 7 to 12 Volt 1 Ampere or better DC supply, through the DC-in barrel jack on the board.

Do note, though, that the Arduino has a 500 mA resettable fuse on board. While the fuse should not blow on a momentary 500 mA load such as when the servo begins to rotate, if the servo is used to drive a significant load, the sustained current required may exceed the fuse trip point. Hence such an arrangement is marginal at best.

This brings us back to the recommendation of externally powering the servo.

Are you sure the upload to the Arduino is successfull? To make sure the code is running, you could put some serial prints in the code and then open the serial monitor to see it. For example, you could print every step by adding the line Serial.println(pos, DEC); right after myservo.write(pos). Don't forget Serial.begin(9600); in setup()

3
How to have an Arduino wait until it receives data over serial?
4
Recording Servo/Motor movement with arduino
3
Jumpy servo with arduino
4
Problem with Arduino UNO and RC servo
1
AVR Attiy45 PWM Servo motor control in Assembly
1
Connecting servo to Arduino over long distance - Servo not working anymore
0
Stopping a servo before it reaches final position?
0
Arduino DC Motors Not Working Correctly With The Servo