I'd rather not use op-amps, because they will take up considerable space - just wiring the inverting or noninverting to the output, for example, uses a lot of space for traces - also, half the pins would be unneeded.

I'm not sure what chip or type of chip to be looking for - all the buffers I've found so far only work for digital logic, not analog signals. The buffer should have very low input bias current (nanoamps to hundreds of picoamps), like a JFET op-amp.

It seems after some discussion that you are looking for a buffer amplifier.

Digikey has a section for this. if you go to the main area for linear amplifiers and then select for buffer type and in stock you get quite a list. I selected for those with an input current of 2nA typical I got a relatively short list(like 10). This however does not give me an easy way to share the links, so you will have to click it yourself.

These are designed to give you the features you want and in a small package, now they normally come in groups of 2^n, so you will have to get a package of 8, but I am sure you can make it work.

Markrages had a bit of extra input to add in a comment:

Cautions about those buffer amps: Most of them are made for video signals and so they are high bandwidth / high current designs. That's a consideration if the circuit is battery powered. Also note that (the ones I looked at) are specialized, single vendor parts. More expensive and more availability risk than op-amps or transistors with standardized footprints. Engineers have a duty to only use oddball parts when their special features are necessary and relevant to the design.

I find it hard to believe that wiring up little SC70 (or smaller) op amps is going to take up too much space on your board. Digikey has 5 pages of SC70 sized buffer amps that would probably do a good sight better job performance-wise than a common-collector BJT, and you could sprinkle them around the board as needed, meaning they'd take up no more space than that BJT.

One alternative is to build a common collector with a BJT or a common drain with JFET. It works almost as a buffer: high input impedance, low output impedance and almost a unity gain. Being a simple circuit you can implement without problem. JFET produces a better alternative to low input current needed. 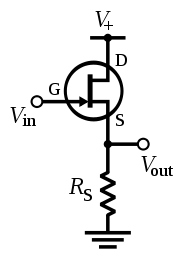 If you need more inputs/outputs you can use a common collector array chip such as CA3082. It will save you lots of space. Unfortunately I don't know a chip with common drain array built in. 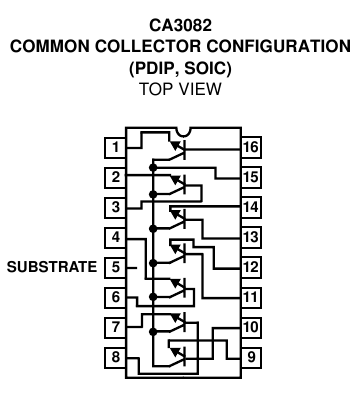 You are looking for AD8244 that has 4 channels in a MSOP-10 package (4 inputs, 4 outputs and 2 for gnd and power supply). There are others like that but are more difficult to find. The good thing is power supply can go from 3-36Vdc, the bad thing is the only 3MHz bandwith that is good enough for standard microcontrollers ADC but not enough for other uses. You could use only one opamp but use an analog switch/multiplexer to switch from different sources like the ADG1606 that can switch from 16 inputs

Not the answer you're looking for? Browse other questions tagged analog integrated-circuit buffer or ask your own question.

11
What certification is needed for electronic devices in Europe?