Generating electricity by moving a door

I'm entirely new to electrical engineering. This is for a hardware/software project I have in mind, where I need electricity without having to plug the device into a power source.

My intention is to make a bluetooth "controlled" door lock. For that I need to be able to charge a tiny battery to at least a level of 2V (the minimum voltage the device needs to run) to power a small bluetooth 4.0 device.

The device I intend to power is the ConnectBlue OLP425.

Is there any way you can generate electricity by moving something up/down or forward/backward?

Yes. Any magnetic field moving around any conductive material will create a current in that conductor, called electromagnetic induction.

Electric motors and generators operate on this principle, motors and generators being essentially the same machine, but perhaps slightly optimized or tested for different applications. Of course, these machines usually are designed to convert between rotational mechanical torque and electrical power.

The equivalent machine for linear motion is a solenoid. Drop a magnet inside a coil and apply a current to the coil, and the magnet will shoot out one way or the other, depending on the orientation of the magnet's poles and the polarity of the applied voltage. For a common example, take a look at the internals of a doorbell (the kind with a mechanical bell). When the doorbell is pressed, it applies 12V to a solenoid, which shoots a metal rod into the bell.

This also works in reverse: if you move the magnet in the coil, some of that kinetic energy you put into the magnet is converted to electrical energy in the coil.

If you make either the magnet or the coil very light so that sound waves can move it, you get a microphone. Or run it in the other direction, and you get a speaker, which is designed to handle vibrations of a much larger magnitude, but is essentially the same machine.

So, if you wanted to generate electricity from a doorknob, the easiest method would be to attach a generator to the knob. You can get any voltage you desire by mechanically gearing the generator or by selecting the appropriate generator. What you can't do is generate more power out of nowhere. Electrical power is the product of current and voltage:

Mechanical power is the product of angular velocity and torque:

If current is in amperes, voltage in volts, angular velocity in radians per second, and torque in newton\$\cdot\$meters, then power is in watts in both cases. The generator will convert mechanical power to electrical power with an efficiency of maybe 80%, and you will also have friction losses in the knob and any mechanical transmission. So, how much electrical power do you require? How much harder are you willing to make the doorknob to turn, and how many times are you willing to turn it?

We can further multiply that by time to convert power to energy:

This is how much energy you have to work with in a single doorknob turn. But you won't be able to convert it with 100% efficiency; let's assume that after losses you have 50% of that energy, or one fourth of a joule. To put that into perspective, wolfram alpha tells me this is about equivalent to the acoustic energy in 25 whispers. Wikipedia describes a joule as approximately the energy required to lift an apple one meter, so you can lift it 25 centimeters. For comparison, a AAA alkaline battery can hold on the order of 5000J of energy.

Or we can think of this electrically. A capacitor stores energy like a battery. You said you need two volts: what value capacitor has stored 0.25J when charged to 2V? The energy \$W\$ in a capacitor is given by:

So to get some idea if your idea is feasible, charge a 125mF capacitor up to 2V and see if it can power your device.

Besides the magnetic energy sources mentioned in other answers, also have a look at the many piezoelectric energy harvesting modules available on sites like Mouser and Digikey.

For instance, one such product range of interest is the MIDE Volture product family. 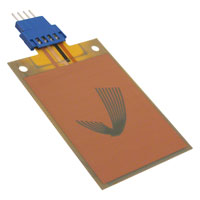 While these energy harvesting devices are not ideal for the doorknob use case, they are ideal for vibration harvesting, at typical vibration frequencies of 25 Hertz and up.

It would be worth investigating whether the door itself, or the surrounding ground, can source such low frequency vibrations. While energy harvested per unit time may be small for these devices, they have access to the energy source constantly, whenever people are moving around or air movement occurs. Such devices have been successfully used for various energy-autonomous sensors and other electronic devices in recent times.

In short: The device would harvest energy not for brief periods when someone rotates a doorknob, but all the time. If the target devices needs power only for short bursts with extended quiescent periods, this approach might be the way to go.

Yes. Moving a magnetic field along a piece of wire creates electricity. This is how things like wind turbines work. Usually they involve many loops of that wire rotating past many magnets. I doubt you'd get enough electricity out of one push on a door handle but you haven't given any specs so it is hard to tell.

Not the answer you're looking for? Browse other questions tagged power-electronics motion or ask your own question.

9
What sensor should I use to determine if my project is moving?
0
Moving a small pin up and down using <12v
1
Detecting a moderately-fast moving object from 1ft away
88
Where does electricity go after being used?
0
SMPS Vcc is not generating
0
ESP32 - Guru Meditation Error when External load is plugged in