Is there a linear regulator that can follow a reference?

The broader problem I have is that I have an ADC with reference that can only source 50mA (I have no control over the ADC or reference circuit) but I have some sensors that are low impedance and measured with a Wheatstone bridge so I need the same reference voltage but more current.

I thought of doing this (below) but there must be an IC that does the job.

The requirement basically translates to the ability to source high current at a specified reference voltage.

A low component count way to implement this is to use a high power high current op-amp as a voltage follower, with the reference voltage at the non-inverting input.

For instance, the Burr Brown (now TI) OPA549 can deliver 8 Amperes continuous current with a suitable heat sink. With its 300,000 open loop gain, this should be sufficient for using the available low current reference to generate a stable high current output.

There are many other such high current op-amps, which dispense with the need for the external MOSFET.

In other words, a voltage regulator IC is not required.

Let's start with a circuit that works: - 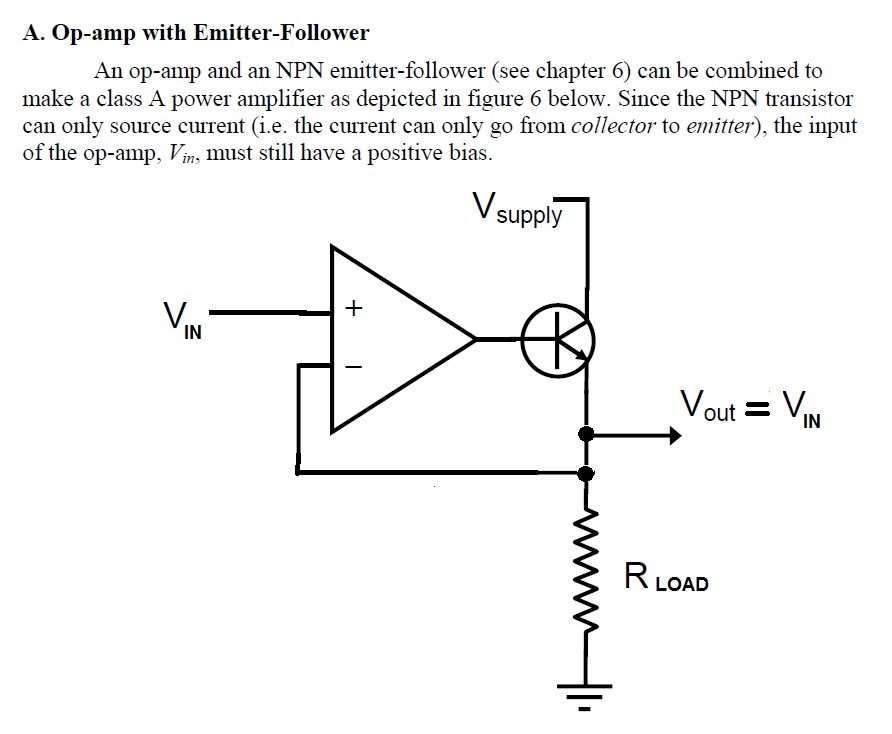 Your circuit - It won't work - you have placed gain into the feedback loop of an op-amp and it will sing and scream with oscillations because op-amps aren't designed to have extra gain like this. Where is the extra gain coming from? The MOSFET is common source into a load resistor. Its gain is drain resistance divided by source resistance. You have zero source resistance and your drain is 100 ohm. Need I explain more?

Emitter follower - You need to supply 1 amp to your sensors and using an emitter follower with a gain/Hfe of say 50 means your op-amp is having to feed 20mA into the base - this should not be a problem given that your supply voltage is 12V and you only need to produce 3.14V. However, you will have a power dissipation problem. 1A through the transistor with about 9V across it means 9W of power given off as heat.

Lower the power rail - I would strongly urge you to run the circuit from a lower power rail like 5V. Then you'll find that the power is only about 2W and a moderate heat-sink will do the job.

But beware - there are now extra problems in doing this. You'll find that the BJT is working closer to saturation and maybe the gain will drop to 20 meaning the drive from the op-amp will need to be as high as 50mA. Most op-amps won't do this so you'll have to find one that does. I'd start by looking at the AD8605 - it can source +/-80mA and will be nearly rail-to-rail with more normal loads like 10mA. It has fairly low noise too. Vos might be a little high though for your application.

MOSFET source follower - Alternatively use a N channel mosfet instead of the BJT - this requires virtually no drive current from the op-amp - downside - pick one with fairly low Vgs(threshold) or you won't get the output from the op-amp high enough to properly turn it on under heavy load conditions.