What actually is the output current of a boost conveter?

What I understood at least at a basic level the operation boost converter, the inductor supplies output current when the switch is OFF.

When the switch is ON the the load current is taken current by the output capacitor.

Update
Is the classification of DCM and CCM is based on the nature output current or nature of inductor current ? 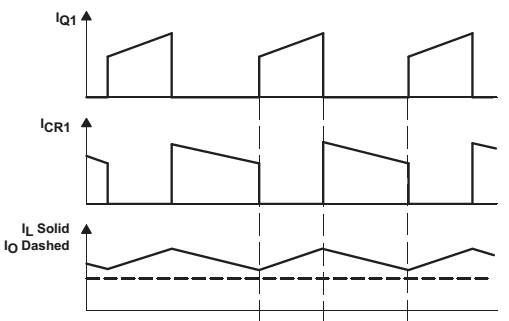 But during switch ON state, the inductor current has nothing to do on the output current ? or what I understood is wrong? Can anybody please explain this ?

What actually is the output current of a boost converter?

Hopefully the diagrams below will explain the output current and the difference between continuous and discontinuous operation. 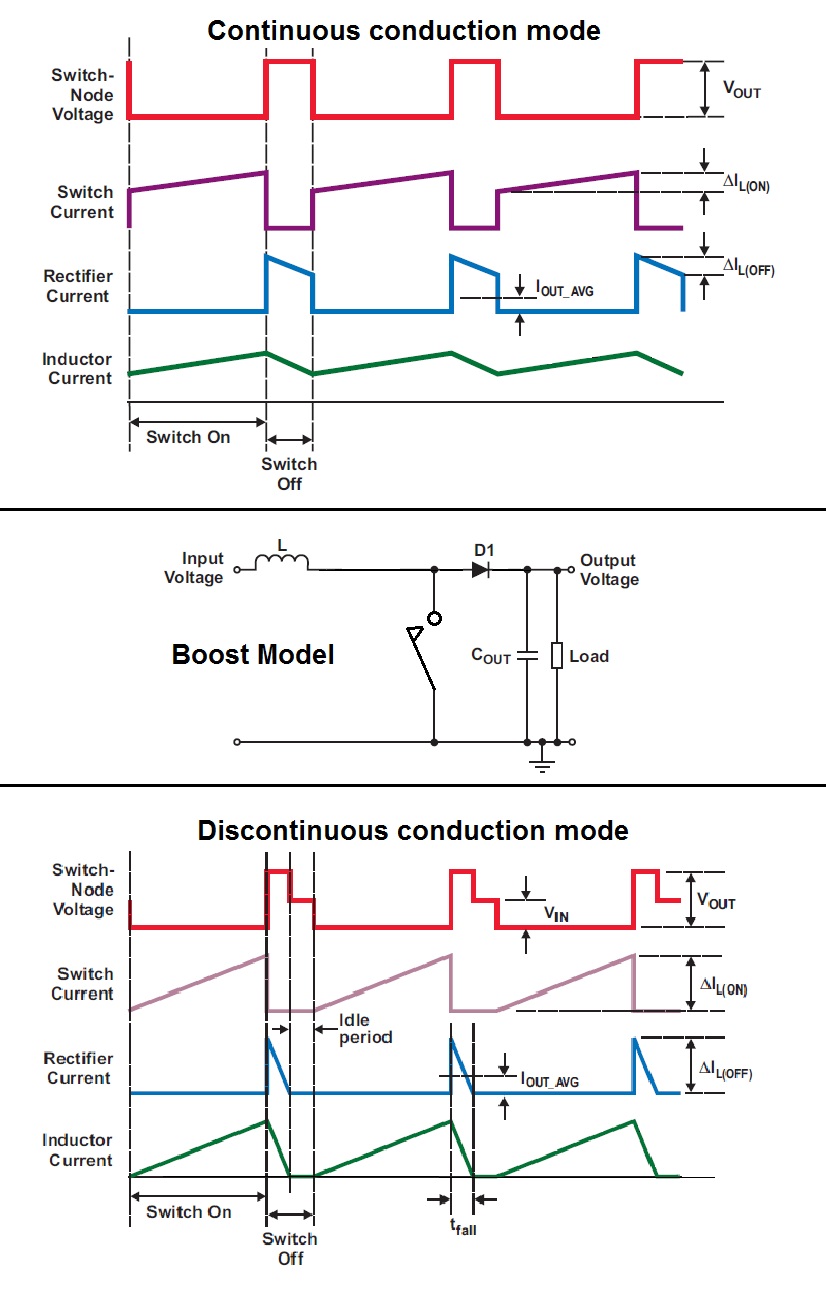 Look at the blue traces in both continuous and discontinuous modes - this is the rectifier or diode current (what you refer to as CR1). The diode current is the current into both capacitor and load resistor.

When the switch is ON, current ramps up in the inductor and the load is powered by the output capacitor(s) alone. The rectifier diode is reverse biased.

When the switch is OFF, the rectifier diode is forward biased and the load (including the output capacitor) is powered by the output inductor.

CCM and DCM is based on the behaviour of the inductor current, which is a factor of the load current, the inductor size and the switching frequency.

The load current is the arithmetic average of the diode current waveform, thanks to the output capacitors.

(You can easily simulate a boost converter with any of the free Spice-based simulators out there and get a feel for all of these things by playing with the frequency, inductor size and load current. I like LTSpice for this sort of task.)

When you talk about 'output current' you must be careful what you mean: if you say inductor_current = output_current you mean the current going into the (load + output_capacitor).

CCM means that there is always a current through the inductor. That means that the current fed into the load+capacitor ramps down to a certain value, and then abruptly drops to 0.

DCM means that at some point(s) in time there is no current through the inductor. That means that the current fed into the load+capacitor ramps down to 0.

Hence DCM/CCM can be observed both at the inductor and at the load+capacitor (and at the input too).

Not the answer you're looking for? Browse other questions tagged power-supply inductor dc-dc-converter boost or ask your own question.