I want to use a piezo buzzer alternatively as a sound detector and as a sound emitter, on the same circuit (be gentle, this is my first attempt to electronics since the university long years ago).

I want the piezo to monitor the ambiant sound level, then emit sound for a while when the sound level is above a given threshold (typically, play music when baby cries during the night). I'll use an Arduino for the processing part.

For the sound detector part, I plan to reproduce NerdKits' tutorial. I hear the sound emitter part is much more simple as far as electronics is concerned (just plug the buzzer between input and ground, is that it ?), and I don't fear the programming part.

Now what bothers me is how to switch between the receiver/emitter setups. I understand I'm looking for a kind of transistor-based SPDT. Is a push-pull setup the way to go, or am I on the wrong track ?

NB : Yes, I could just use a second piezo buzzer or whatever, but I find it somehow more satisfying to use the same device both for input and output, provided it's doable.

The circuit you are (will be) building is this one which is a pretty standard one transistor amplifier and they go through its design step by step. 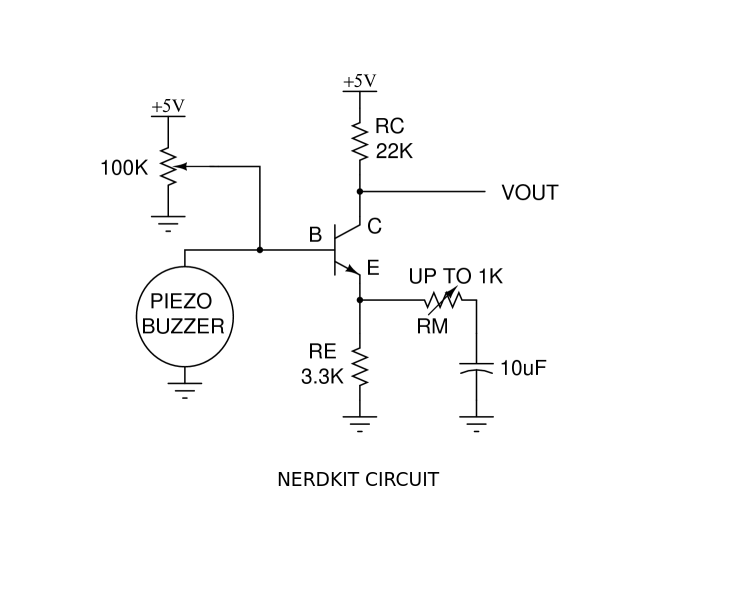 The makers of the ceramic buzzer give a number of driver circuits, the simplest is this one which can be driven by an external oscillator (e.g 555 astable, cmos multivibrator etc.) or a pin from a microcontroller. 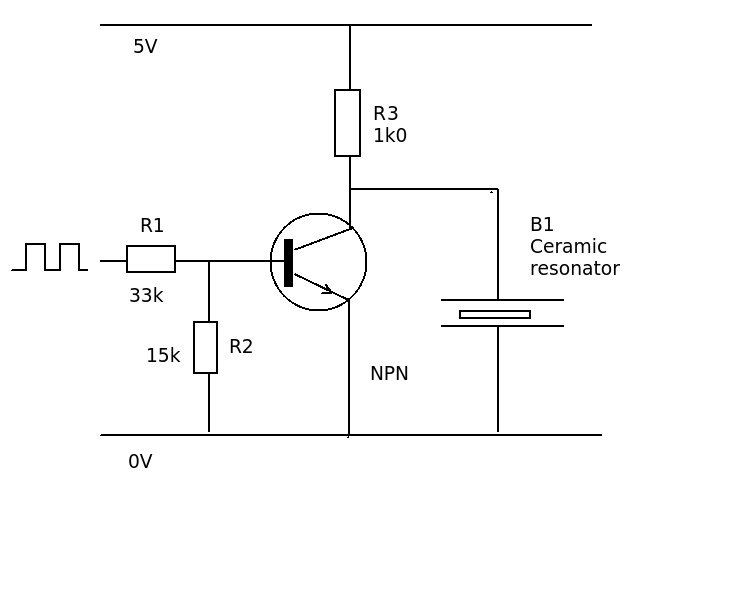 To combine the two circuits just use a simple SPDT switch. Sometimes using transistors as switches over complicates the design.

You only need a transistor switch if you are going to change over the function by some remote device. 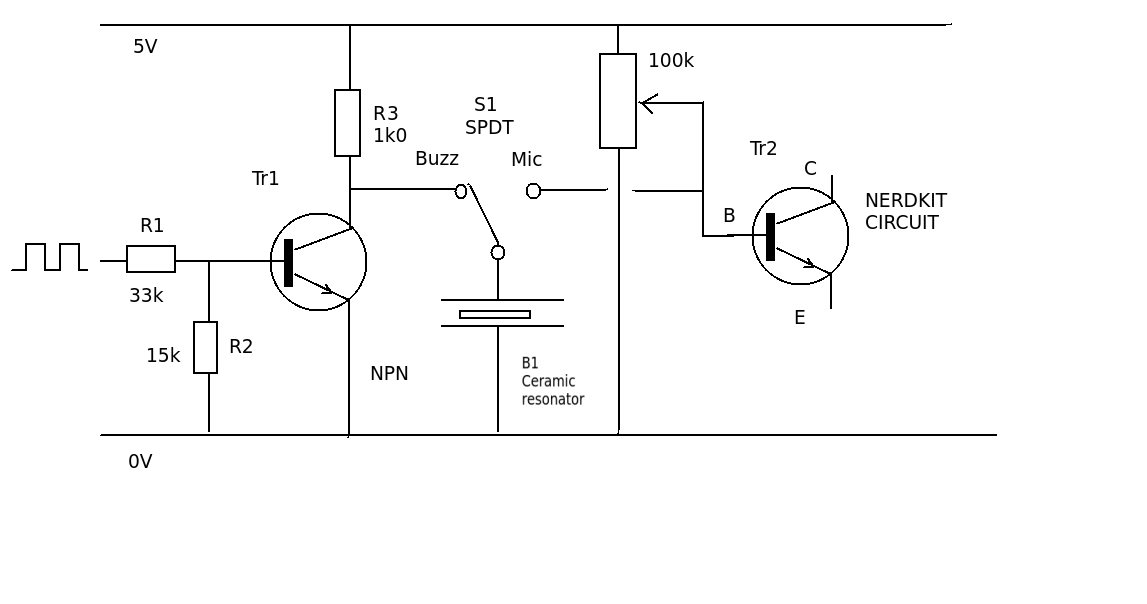