What problems can arise from temporarily shorting power supply of a small microcontroller circuit?

A friend purchased a microcontroller-controlled lighting device and in the process of testing it, shorted the VCC and GND together for a second or two. Coincidental or not, the device stopped working thereafter, and he asked me if shorting the power could have been the cause.

It is my understanding that such a short could only really pose a threat to the battery or power supply (or the wire involved on the power supply side), given lack of current-limiting options or a fuse. The device should only experience power loss.

Can a power supply short cause a small circuit to permanently fail? If so, how?

I explained that the circuit might have failed because of the nature of the short: two wires making brief, intermittent contact. It might have created repeated instances of high inrush current which normally only happens once during power-on. Though, I doubt this theory because there shouldn't be much inrush current on subsequent power-on "events" as not enough time has elapsed for capacitors to discharge, etc.

A fast drop of DC input power can kill devices if they are not specifically designed to withstand this case. There are two main causes of damage:

The conversational scenario of "The VCC was shorted to GND for about a second" can be an unreliable report of the full extent of what actually happened. There are many ways this accidental short may have happened and as such there may have been other improper connections going on just before, during or after the communicated event.

Take for example - The friend was using a proto plug board with many open component leads. A simple wrong motion with a hand can result in things being shorted in unexpected ways. 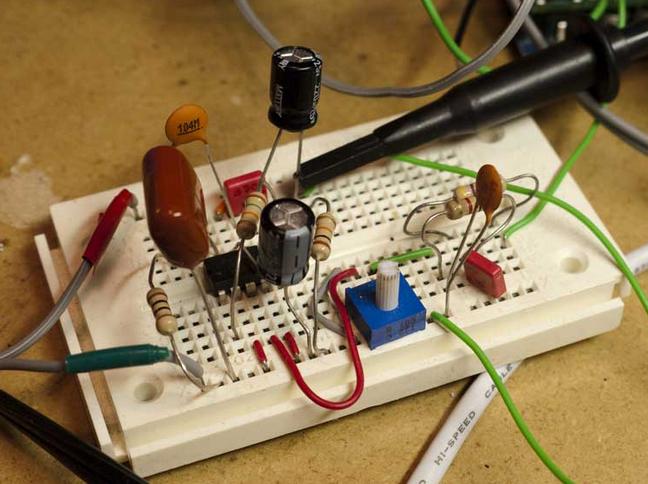 Not the answer you're looking for? Browse other questions tagged short-circuit failure or ask your own question.