What is the "ammo" packaging method when ordering through hole parts?

I'm familiar with bulk, tape and reel, cut tape, and tube, but what is "AMMO?"

After some additional searching, found this article "Packaging of Electronic Components"

"Ammo pack is similar to cut tape. The ammo pack is a continuous strip of cut tape to a predetermined quantity. However, the cut strip is then placed into its own manufacturer box for safe keeping. Please see below picture for your reference." 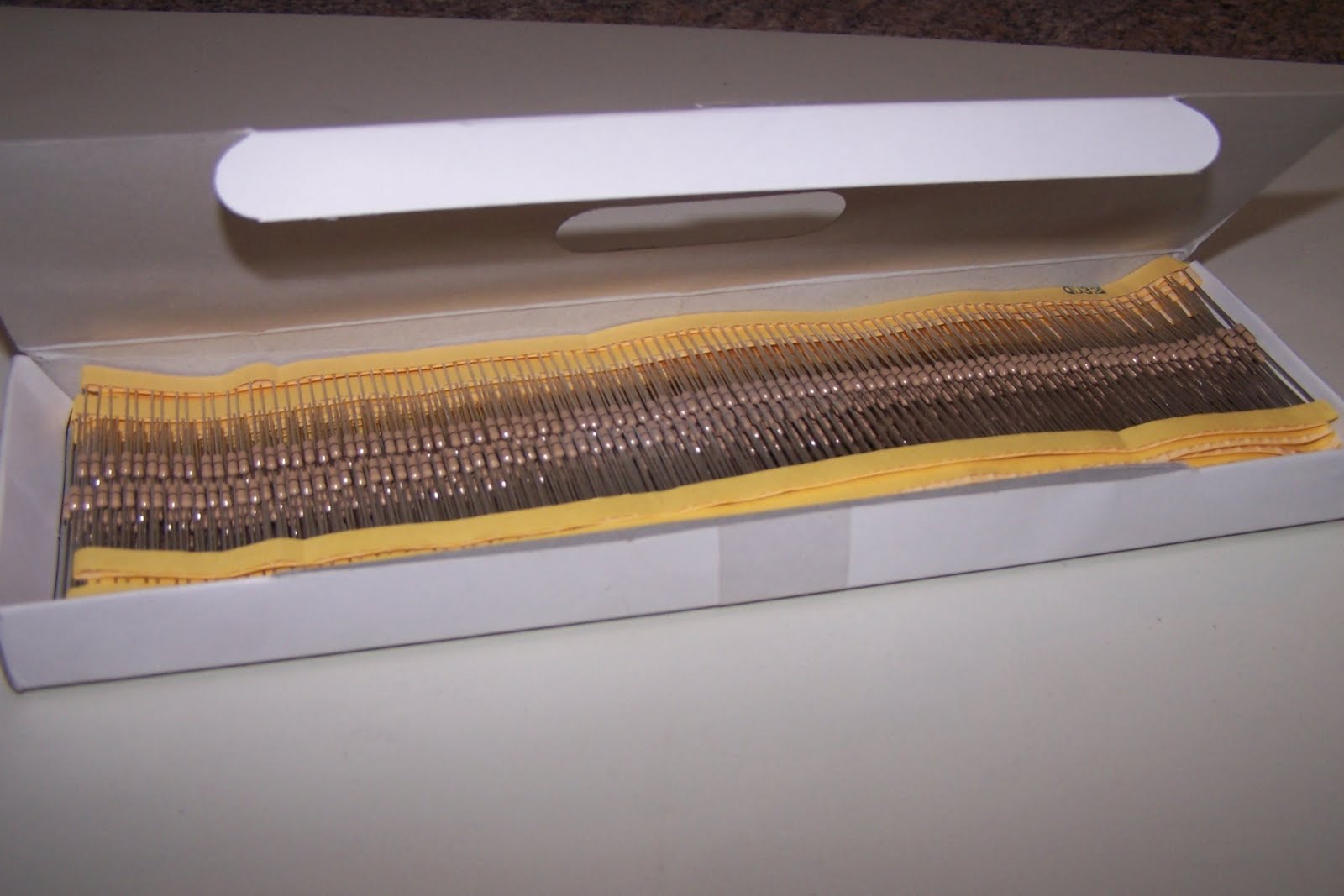 Both leads of a two-terminal device like resistors or diodes are on tape. See here for an image.

There is no fundamental difference between "ammo pack" and "reel tape" method: both involve securing components on tape in exactly the same way. Radial components have both pins held by the same tape, while axial components use two tapes.

The difference between "ammo pack" and "reel" is simply how that tape with components is packaged afterwards: in case of "reel" the tape is wound on a reel, in case of "ammo pack" it is folded in zig-zag fashion inside a box.

Here's an illustration from a WIMA datasheet for radial capacitors

As you can see they also recognize "roll" packaging.

Not the answer you're looking for? Browse other questions tagged component-selection or ask your own question.

5
What kind of knob fits a slotted potentiometer shaft?
32
Darlingtons, MOSFETS, and bipolar junctions
0
What are the selection parameters for an NPN BJT?
0
How to change component values when changing tube B+ voltage
3
How do I simplify microcontroller-based prototype into a sensible production-like circuit?
0
How to design/build the electronic part of a hybrid (liquid + electronic) multi tube manometer
0
How to calculate total amperes in two component circuit?
0
What is the op-amp in this JFET-matcher circuit?
1
How to select IC components by just footprint and low price for Pick-and-Place testing?