Can someone ID thing button for me? I need to replace it and not sure what to buy.

It's burned out so i cannot with a meter to figure it out - it's not doing what it's suppose to. 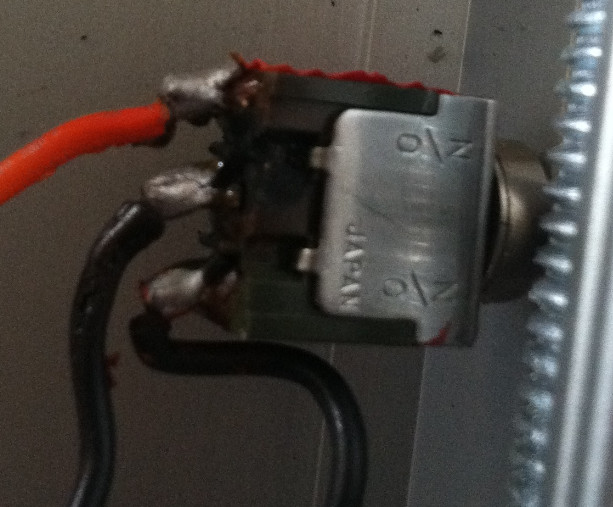 You didn't provide an image of the mechanical side of the switch, so it's hard to say whether it is a slide or a toggle or another kind.

Because it has three terminals, it's probably a SPDT (single pole, double throw) switch. This means that it has a single "input" and two possible "outputs" depending on the position of the switch. (Or you can think of it as two inputs with one output, but the function is the same.)

The "N/O" markings mean "Normally Open" which would be commonly found on a momentary switch, meaning the switch contacts are open unless the switch is actuated. Without more information, it's hard to say what this means for this specific switch. My guess would be that the switch has a center position that is normally open, and you actuate the switch in one of two directions to connect to one or the other throw.

Sometimes switches will have extra terminals that aren't connected (or placeholders for pins), so it's possible that the switch is normally open with an unused terminal, but the fact that all terminals in the photo have wires attached indicates to me that the "N/O" designation is probably false.

Not the answer you're looking for? Browse other questions tagged switches identification button or ask your own question.