Are the currents that travel on the outside of coax really "common mode"?

Consider a ladder-line transmission line. Given any currents on the two conductors, we can describe those currents as the current on each conductor individually, or: 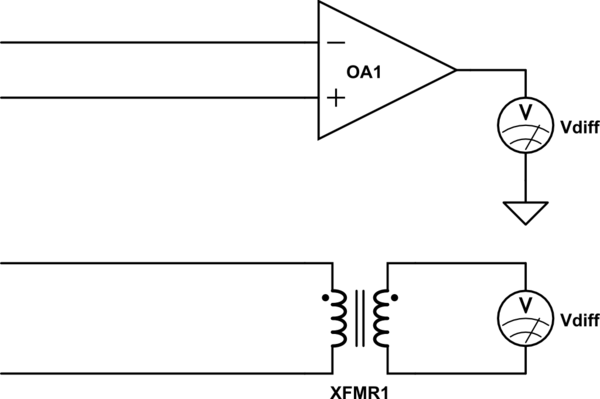 But, consider an ideal coaxial transmission line. The currents are:

I've heard it said that "common mode" currents flow on the outside of the shield. But are they really common? They aren't flowing on both conductors. Therefore, I can't reject these currents with a differential amplifier or transformer: 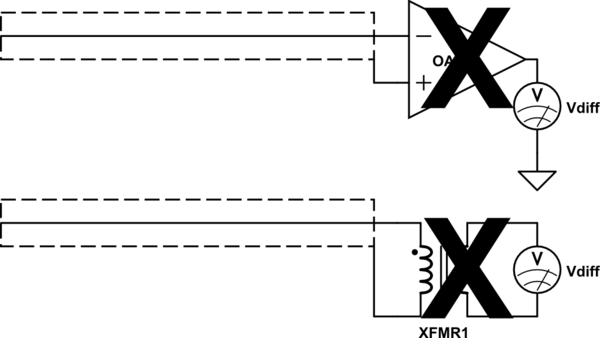 Therefore, is it really proper to call these currents "common mode"?

When we define the common mode and differential mode currents, we get some relations like

Now you defined a different way to split up the currents on a coax, recognizing only these two types of current:

Noise in a cable shield may or may not be common mode.

The idea that it is common mode comes from three-conductor cables, in which there is a shield wrapped around a pair of conductors that carry a differential signal. The signal is taken to be the difference between the conductors. Any potential between the two inner conductors and the shield is common mode. This is analogous to the parallel movement of the + and - inputs of a differential amplifier, with respect to ground.

In a two conductor cable in which the signal is the difference between the inner conductor and the shield, the meaning of common mode changes: common mode is the movement of both the shield and inner conductor. This is analogous to the + and - inputs of a differential amplifier where one of them is tied to ground. For common mode noise to occur, there has to be an issue with the ground that causes it to move.

There is probably confusion about this in some literature, due to authors mistakenly applying what they researched about differential lines to single-ended lines.

Although op-amps are often used nowadays to pick up the signal from a single-ended line, amplifiers that are used this way are no longer differential. The op-amp device is differential, but the circuit is single-ended. You can do the same kind of amplification with (for example) a common source/collector transistor stage: no diff amp needed.

When we use the term "common mode" in the context of a single ended signal processing system, it refers to the signal's ground as being regarded as a nonideal ground which can move with respect to the ideal 0V reference, so that in a sense the amplifier has a differential mode (whether or not it is a differential op-amp, or a single-ended input stage).

Of course, a single-ended system is "differential" in the sense that any voltage quoted as absolute is actually a potential difference, and we can apply that to a diff amp. But that's not what we mean by "differential".

The key aspect of differential signaling is not the use of opposite signals. Differential signaling does not require opposite and equal signals. It works just as well if one of the conductors has no signal in it at all. The key aspect of differential signaling is the use of two signal networks, neither of which is ground, and which have equal impedances with respect to ground. This is what "balanced" refers to. Any common mode noise induced in the two lines sees the same impedance in each line and therefore generates the same voltages at the inputs, which are subtracted and canceled (somewhat imperfectly, resulting some given number of decibels of attenuation).

A single-ended system cannot be balanced, because its signal line requires an input impedance and the return line needs to have, ideally, a zero impedance to ground.

So much for the mathematics. Now, if you do want to reject the \$i_2\$ current, you're going to need to measure something which actually is orthogonal to it. In your case, the obvious (naïve?) choice would be just the core current \$i_c\$, which in your system as you describe it simply equals \$i_1\$.

Not the answer you're looking for? Browse other questions tagged differential common-mode coax or ask your own question.

14
Is it possible to reject noise traveling on the outside of a coaxial transmission line?

14
Is it possible to reject noise traveling on the outside of a coaxial transmission line?
3
What is the significance of Common Mode Signals?
2
Should we try to match the differential impedance of a CML pair, and if so, why?
1
Does differential sending benefit current sensing circuits in the same way as differential voltage sending?
26
What exactly happens to the signals hitting a common mode choke?
0
How do non-flowing common mode or bias currents cause common mode range to exceed/float?
0
Tail resistor in differential gain
0
How does the shield of a coaxial cable work?
1
What "mode" is static electricity (lightning?) Is it common-mode, differential-mode? It seems half-way, or "mono"
4
Why is a coaxial cable unbalanced?