I need to equalize the trace lengths (I check length of a trace via Meander as Scott Seidman suggested), and bend a trace (e.g., the left trace on the below picture) at some points to be able to equalize the length. However, it causes sharp edges on the traces. I wonder if the sharp edges would be something I should care of at that frequency (e.g., a 60 mm straight line and 60 mm with zigzags)? If it is the case, how would you suggest to extend a trace length? 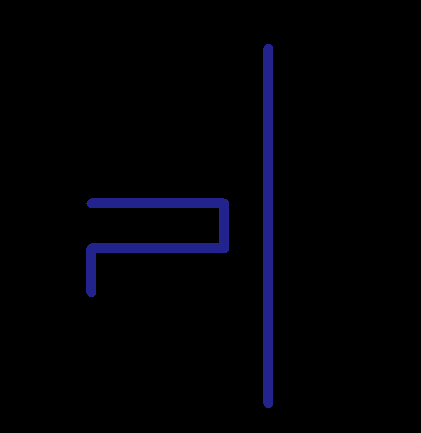 The most prevalent reason for avoiding 90 degree bends is simply FUD - fear, uncertainty and doubt. There's a stack of websites miles high that recommend or show using 45 degree angles for traces but don't necessarily say 90 degree angles are bad. To this end, it seems people have taken up the idea that 90 degree angles ARE bad... for reasons they don't actually know.

Here are some potential issues, but why they don't matter for most of what people do here:

1.) You could potentially have signal integrity problems. Reading this PDF, among other sources, indicate there are very small SI problems that could occur at very high frequencies - in the GHZ+ range. For most of us, we're not hitting those rise times so it's not a big issue. Also alluded to is that stacking these 90 degree angles very close to each other (like if you meandered a trace with only 90 degree angles) could be bad. For most of us, again, we're not meandering traces that much.

2.) There are potential issues during etching because of the creation of "acid traps" in the 90 degree angles. For modern manufacturing processes, this has been described as far less of an issue than people believe. For imprecise home etching, it may be a big concern.

Your signals are for only a 2 MHz SPI bus. Worrying about lengths of traces on the same board that will carry only 2 MHz digital signals is silly. My answer is therefore "Don't worry about it".

Stop and think. Let's be generous and say that due to transmission line effects, signals will be propagating at only half the speed of light in these traces. For a 2 MHz clock, you have roughly 1µs event times. That is about 150 m propagation. How exactly do you imagine a few mm of trace length difference is going to matter?

Or look at it in terms of time skew for a particular mismatch. Let's say the clock and data traces are mismatched by 100 mm. That would be a lot for being on the same board, especially when routed even roughly following each other. Again using half the speed of light, that comes out to a skew of less than 1 ns. Clearly there are other sources of skew much greater than that and you already have to design for much higher time margin than that.

Not the answer you're looking for? Browse other questions tagged pcb pcb-design eagle or ask your own question.