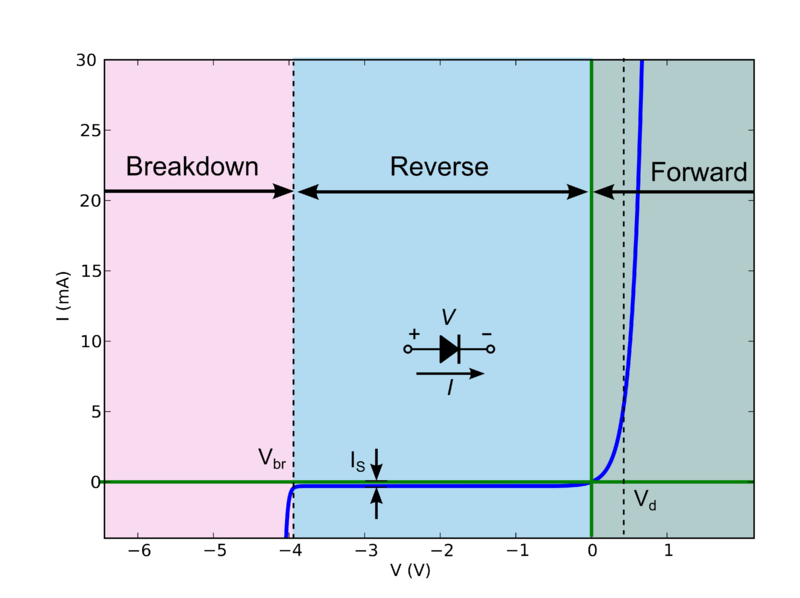 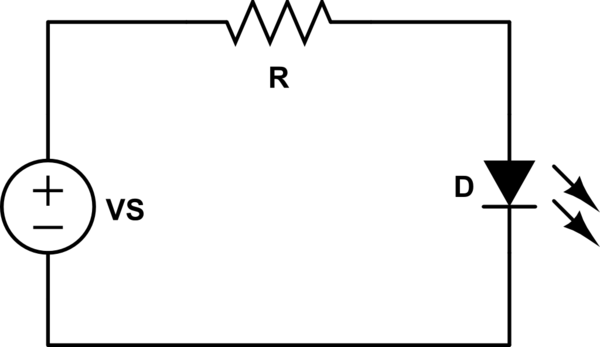 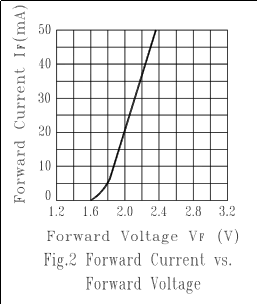 You can see that for values of current > 5 mA, the ideal diode looks like a vertical line. It's actually just very steep, but at this scale, looks vertical. But real LEDs don't do this, not even close. If you look at the slope of the line in the datasheet above, it looks like a straight line through (1.8 V, 5 mA) to (2.4 V, 50 mA). The slope of that line is:

Thus, the internal resistance of the LED is 13 Ω.

At the end of the day, you only need to model those aspects of an LED that are significant to your application. 13 Ω of resistance isn't significant if you are going to add another 1000 Ω. The knee in the current-voltage curve isn't significant if the LED will only be on or off. But, in the interest of understanding what simplifying assumptions you are making, and when those simplifying assumptions are no longer valid, I wanted to explain: an LED does have resistance. 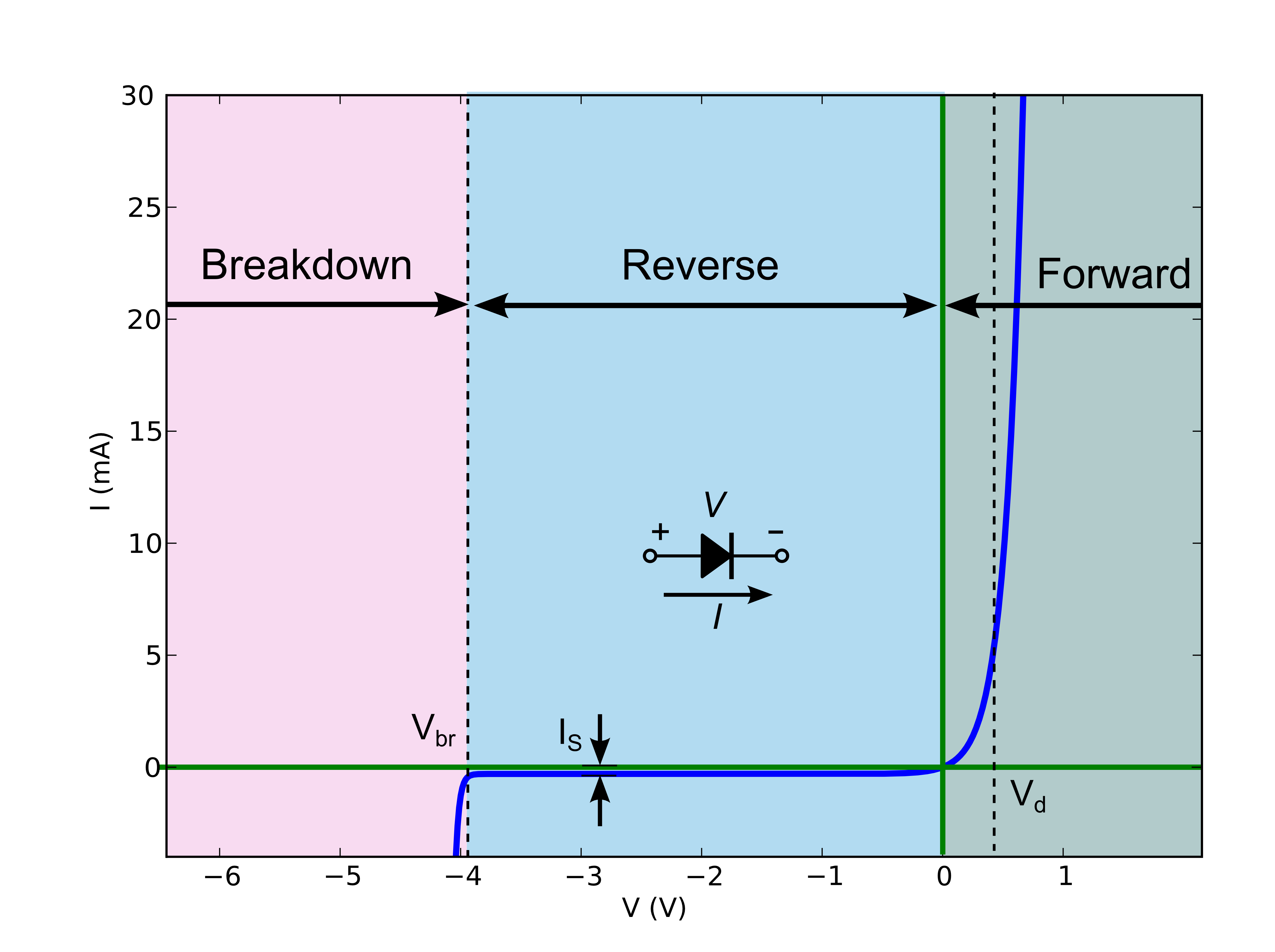 The notion of "resistance" has a couple of related meanings. The simplest meaning is simply to say that at any moment in time, the resistance of a path between two points is defined as the ratio of the voltage between those points and the amount of current flowing through that path. The reason such a definition was regarded as a "law" is that for paths constructed of many materials--especially those that were known when Geor Ohm coined the definition--the ratio of voltage to current will remain roughly constant as the voltage and current vary. Thus, if one knows how much current flows through a path at some voltage, one can use the derived quantity "resistance" to predict how much current would flow at other voltages, or how much voltage would be needed to cause some other amount of current to flow.

For paths made of many materials, Ohm's Law works well to describe the relationship between voltage and current, but for paths made of some others the ratio of voltage to current isn't constant. Even with many of those, however, if one were to plot a graph of voltage versus current, there would be regions of the graph where the line is reasonably straight. When voltage and current would be on such a region, it may be helpful to model the device as an ideal voltage source in series with an ideal resistor. A hypothetical LED might behave as an almost infinite resistance when the voltage across it is in the range +0 to +1.5 (meaning almost no current would flow), but as a 100 ohm resistor in series with a 1.7-volt current source when the voltage is greater than 2.0 volts. Plotting those behaviors on a graph would yield two disjoint line segments with a gap between them. The LED's behavior would be some curve that connects those two lines, though Ohm's Law wouldn't really be suitable for trying to predict what that curve would be in that region.

0
Calculated resistance of an LED
8
2.15GA Current?
4
Voltage drop assumption on diodes (LEDs, etc.)
0
Powering a LED off a 1,2 volt rechargeable battery
0
Am I calculating the total resistance of this circuit correctly?

11
How to choose correct resistor with proper wattage and ohms for 6 leds connected in a serial circuit?
0
Does this RGB LED really need 220 ohm resistors per color?
13
Why does an LED have a maximum voltage?
3
Trouble converting 12VDC incandescent to LED: lack of resistance
0
What is the total resistance of a LED array?
4
Resistance of an LED in a simple battery-resistor-LED circuit?
1
Sparkfun using 500Ω resistor on circuit with 9V battery and 2V/0.018A LED
0
Calculate series resistor value for LED on 220 Vac RMS supply