I want to change the connection rules for a few polygons in my board. for experimentation purposes I set the default rule to have direct connects on all polygons. Then created a second rule with higher priority that used thermal relief connect for that named polygon. 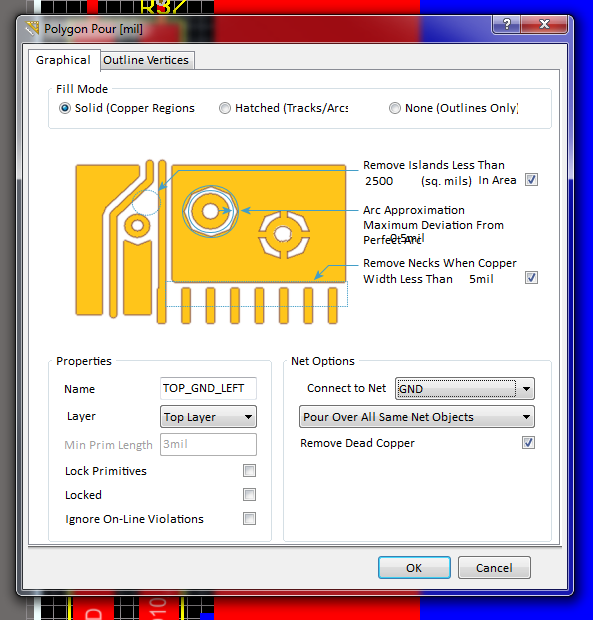 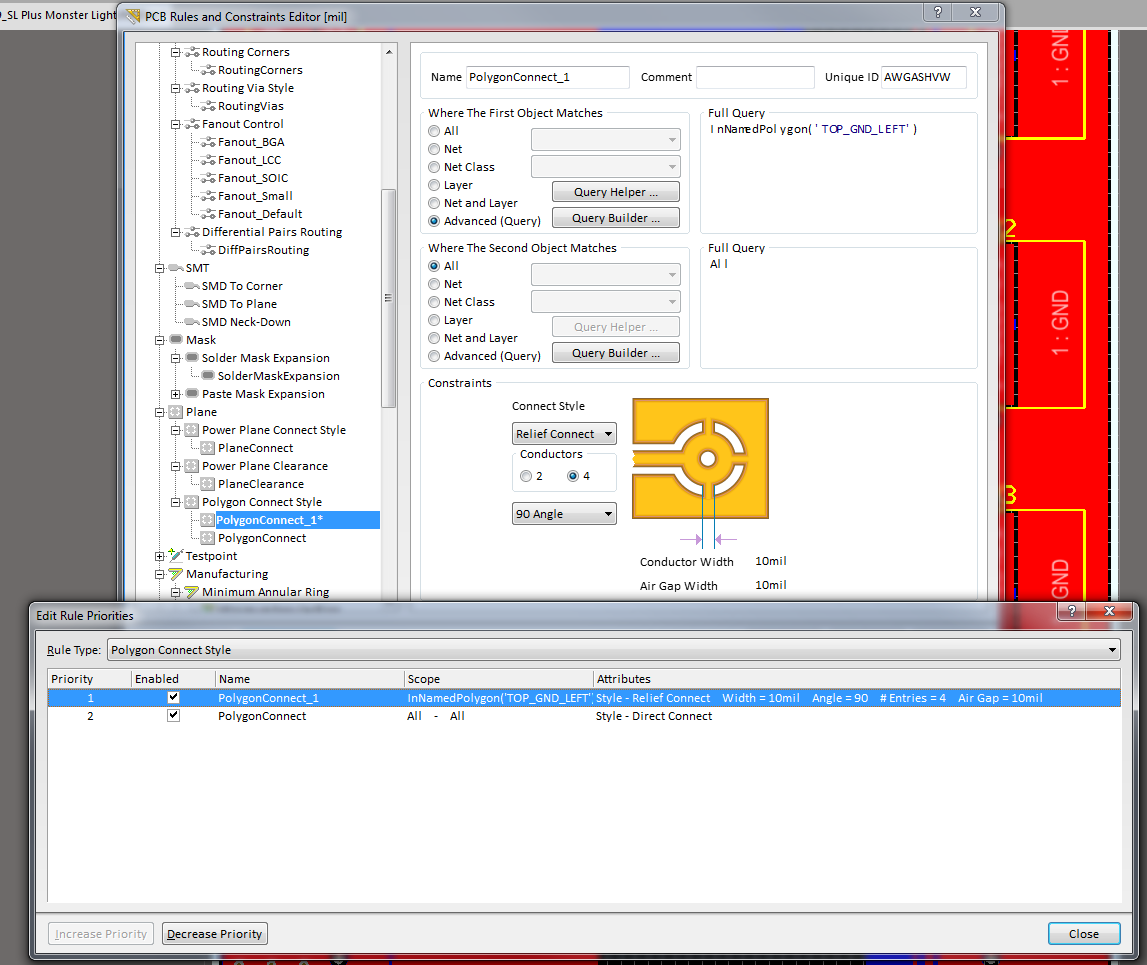 In the end I plan on making either a class or just adding an 'OR' clause for the other polygons.

But to get to my question is that the polygon named TOP_GND_LEFT still has direct connects even after a repour.

I though maybe pour order but this poly is not on top of another? Any suggestions?