Saturation current of my inductor not agreeing with formulas

I have wound my first inductor and I have verified the inductance with 2 methods.

However, when I test its saturation current, its much lower than the formula gave me:

I admit my windings were sloppy, but other than that I'm not sure what could cause such low saturation current. This has been causing my boost converter to blow up every time.

Here is my test circuit for measuring both the saturation current, where I increase pulse width til it saturates and also use for method 2 inductance measurement. 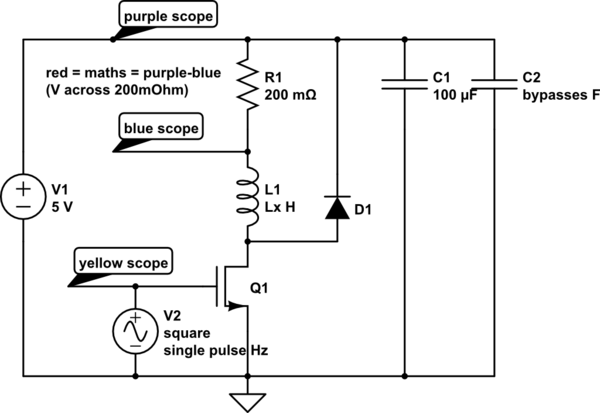 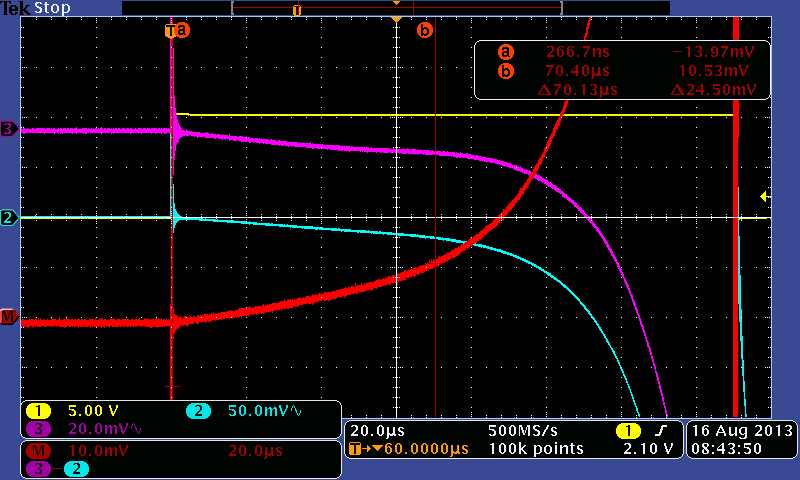 This answer has been edited because the focus of the question has changed. My original answer is still below because it was relevant to the original question.

In any inductor, B (Magnetic flux density) and H (Magnetic field strength) form the B-H curve and from that curve you can see that B doesn't increase linearly with H - this is called saturation: - 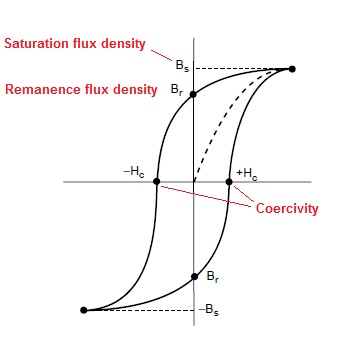 H is the ampere-turns driving force behind creating flux and is dimensioned in units of ampere's per metre. It's formula is:

B, flux density is related to H in following formula:

So, if you know what your current peaks at (or is expected to) and you know how many turns you have (and what material and core size you are using) you can calculate B, flux density.

From the specification for the toroid \$l_e\$ is 54.15mm, and the OP suggests that 77mA is the peak current and, that the toroid is wound with 51 turns. From this we can calculate H: -

If we plug this into the B/H formula and use a relative permeability (2200) from the data sheets of N87 we get: -

This can only mean that the core is saturating because:

Personally I'd look at the Remanence flux density to see how high this might be. Just taken a look and the coercive field strength in the spec for N87 is 21 A/m. Because you are not getting rid of the Remanence flux there is an equivalent magnetic field strength of 21 A/m which adds to the 72.5 A/m you are applying meaning you are actually applying 93.5A/m and this results in a flux density of more like 260mT.

Added to this, if you are not reducing the inductor current to zero you will be compounding the problem. Given also that the inductor value may be a little lower than you think (\$A_L\$ can be 25% low) these may be enough reasons to account for your problem.

On a different tack, 6.8mH is a mighty big value of inductance to be using in a switcher for what I can perceive is your application. To get the same energy from an inductor of 3400uH only requires current to rise to \$0.077\times\sqrt{2}\$ = 109mA. What is preventing you using a much smaller inductor?

Below was taken from a comment by the OP and my explanation further down is to explain how his method is faulty: -

First I used a 1.5kohm resistor in series with the 6.8mH inductor and verified half amplitude at ~61 kHz 1vpp sine wave 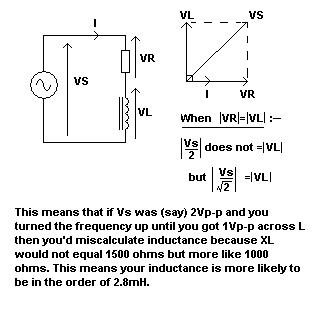 If you are nearly 2.5x out in your actual inductance, it is likely that the current through it at \$T_{ON}\$ is 2.5x greater and this of course is going to push a "close-to-saturation" inductor fully into saturation.

Not the answer you're looking for? Browse other questions tagged switch-mode-power-supply inductor magnetics or ask your own question.