Why do opposing magnetic fields in the same core cause the core to heat up?

I inherited a choke of an odd design, with two windings on the same core. Separately, each winding was about 30 uH. In series, they were about 90 uH. When used in a split-bus boost converter, one winding was in the positive leg, and the other in the negative leg. 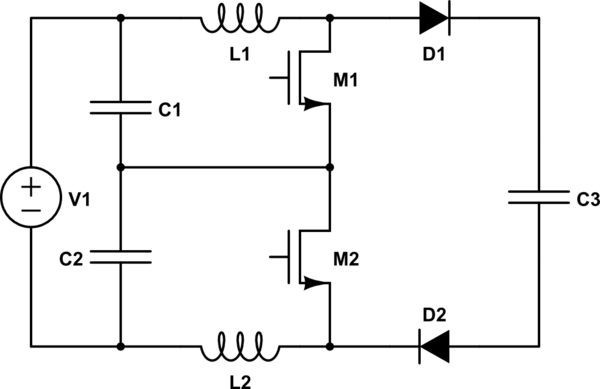 My understanding of core losses is limited, but this doesn't fit with even the little I know. If two identical windings of opposite polarity are on the same core, seeing the same currents, the flux density in the core should cancel out to zero. So where's the heating coming from?

Edit: By request, I've added a photo of the choke. 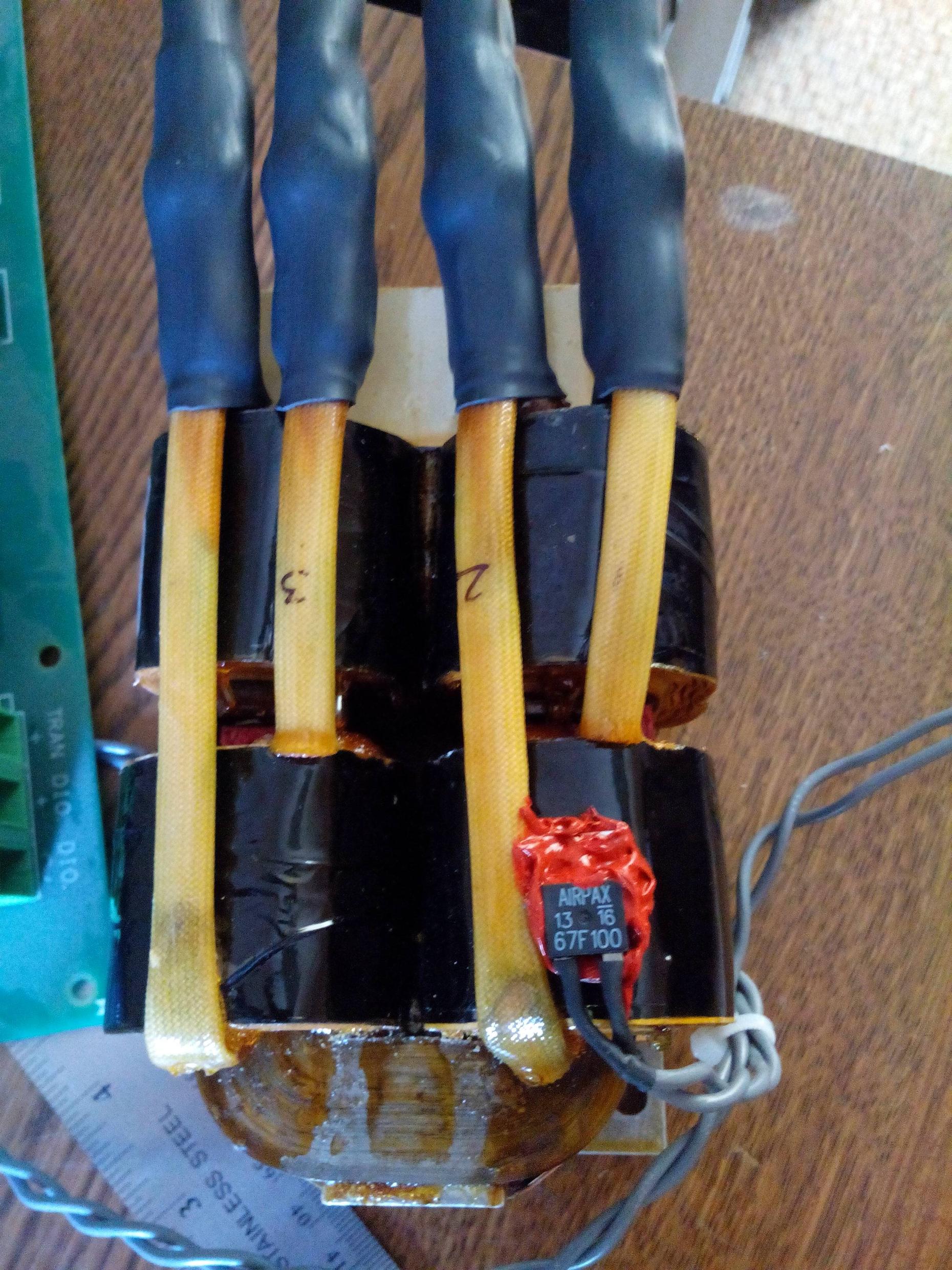 Two U-cores with a gap between. The upper part of the top U-core is blocked from view by a piece of cardboard. The two windings on the right are in series, and the two on the left are in series, so we treat the right side together as one choke (L1), and the left side together as the second choke (L2). The hottest observed part of the choke when the windings are run inverse from each other is in the middle of the exposed part of the lower U-core. I suspect the upper U-core is equally hot, I just can't measure it as easily.

Your assumption that the core flux cancels out to zero is not valid because you don't have perfect coupling between L1 and L2. If you had, then the inductance for the series-additive connected inductor should measure 120 (not 90) uH, because inductance is proportional to the square of the number of turns, and you're essentially doubling the number of turns. Likewise, you would measure no inductance for the series-opposing connection. Note that even if there was no coupling you would still measure 60 uH for the series-additive pair, so it seems there is a fair amount of leakage flux.

In the opposing flux configuration, the effect on the circuit is similar to replacing the coupled inductor with two separate inductors having much lower inductance values. As a result, the current ripple is higher, and the associated core losses are higher.

Not the answer you're looking for? Browse other questions tagged inductor heat thermal core loss or ask your own question.

6
What are the physical mechanisms of core loss, and how can they be minimized?

19
How do I use a transformer as an inductor?
9
common mode choke inductance question
7
How do I determine safe distance from a choke to prevent accidental coupling?
0
Running single-phase through two or three windings of a three-phase inductor; why does the direction of the middle winding matter?
0
Design steps for a choke inductor
2
What happens if I parallel two somewhat different size transformer primaries?
10
What is a flyback?
3
Common mode inductors with high pulsed current
0
Unidentified Inductor type - opposing turn wound toroid?