I have a basic circuit: battery, fuse off (+)lead, 4 lights in parallel.

My question is, when charging is a fuse needed?

Also in the battery/charger circuit, which side is considered positive?

Ive obtained a 2amp glass fuse, as recommended, but it is a high voltage fuse. Checking the voltage off the plugged-in charger(12V/1AMP), with its 2amp high-voltage glass fuse on, reads at 14.5V.

I attach the charger to a 12V battery, which has a 10amp blade-type low-voltage fuse, off the positive cathode.

The charging light doesn't come on when connected; however the charged-complete led came on when I it was being checked with the voltmeter.

here is my system: 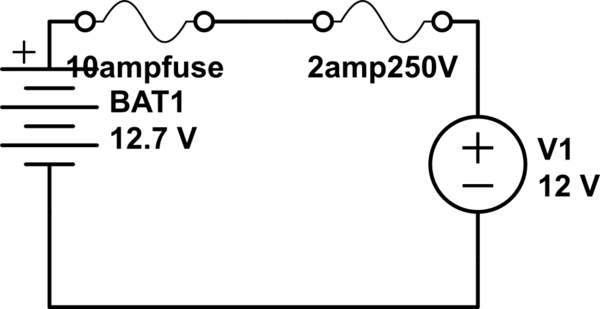 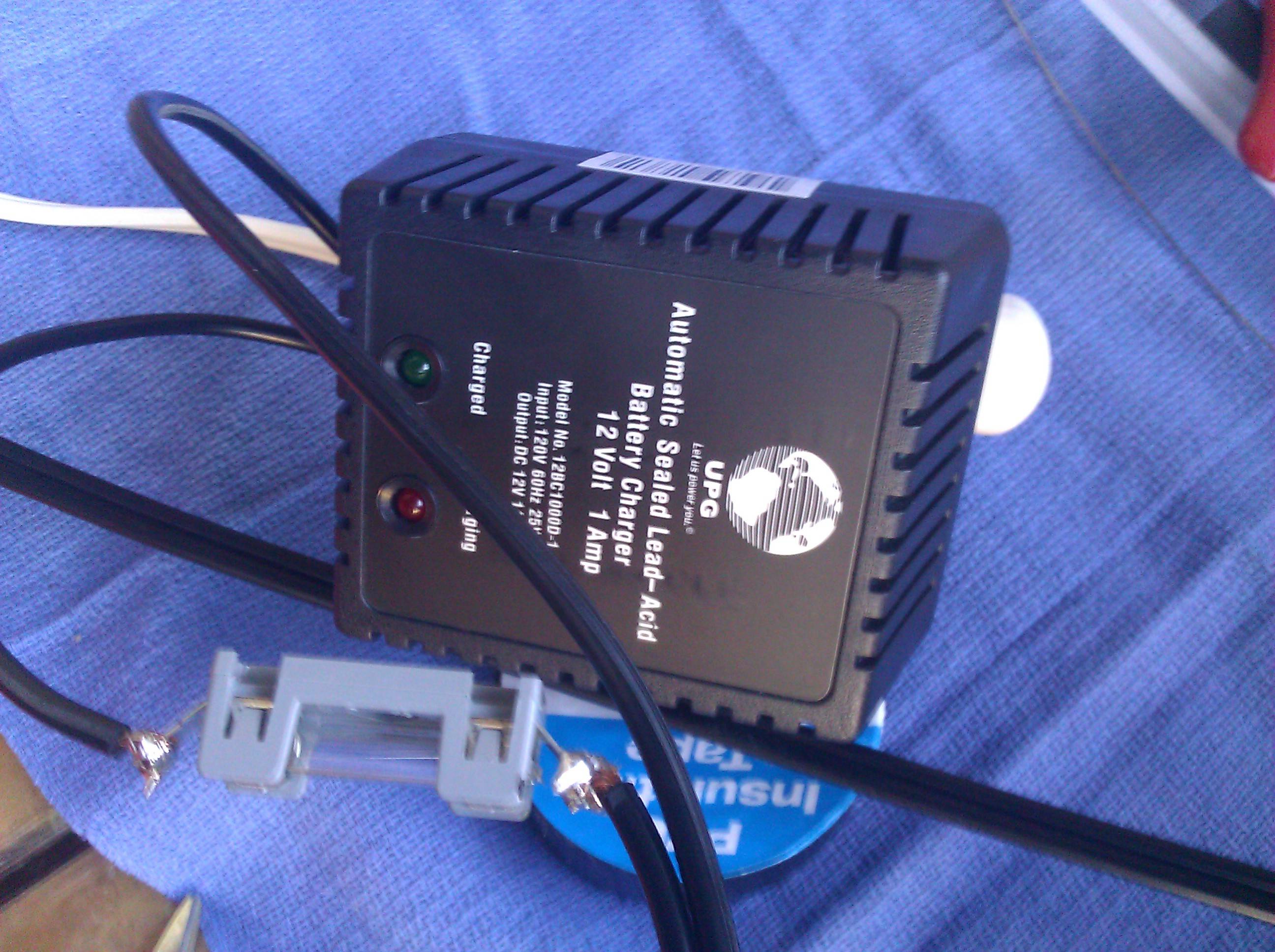 a weather-proof connector between battery and charger: 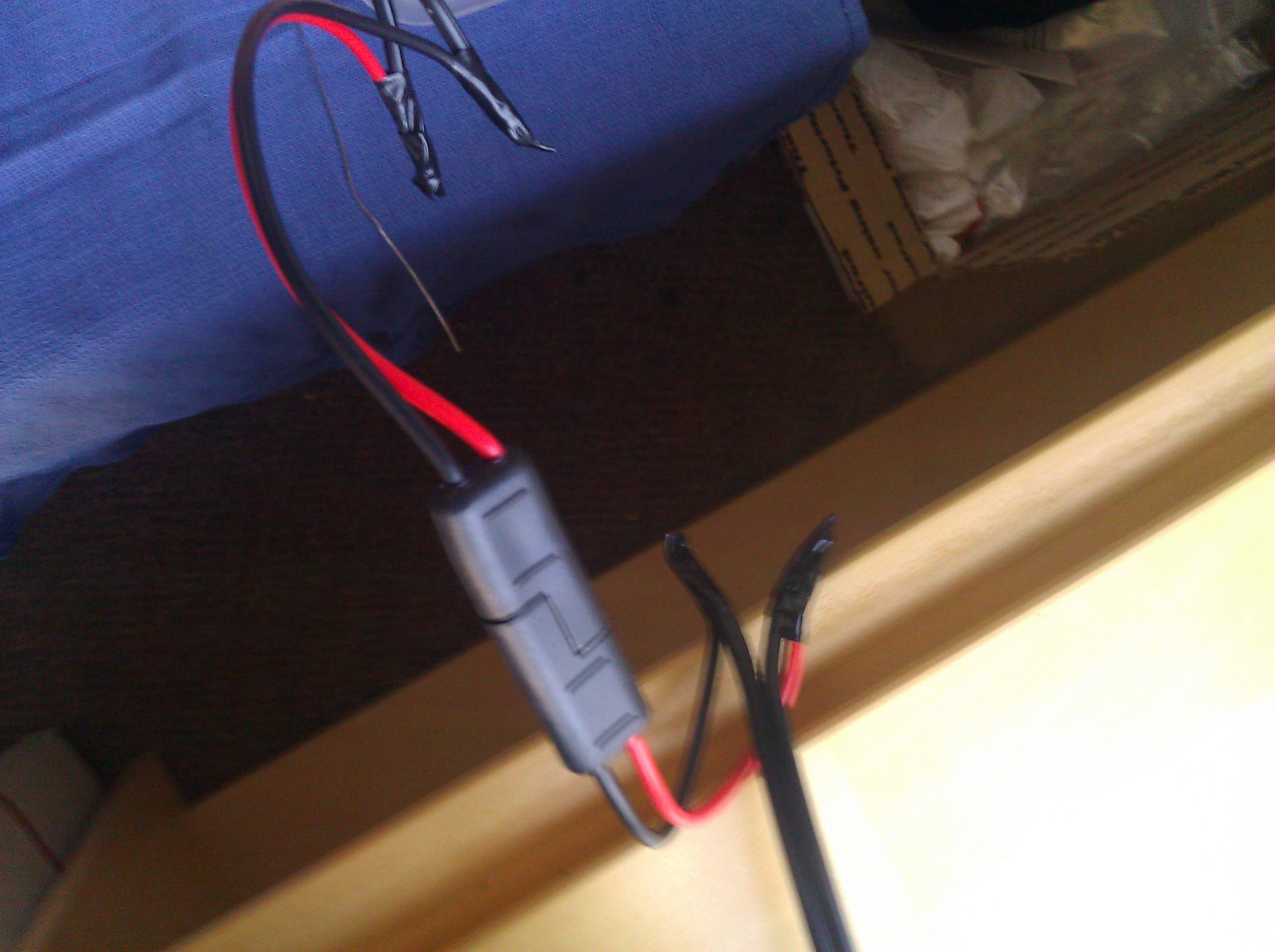 the battery with text: 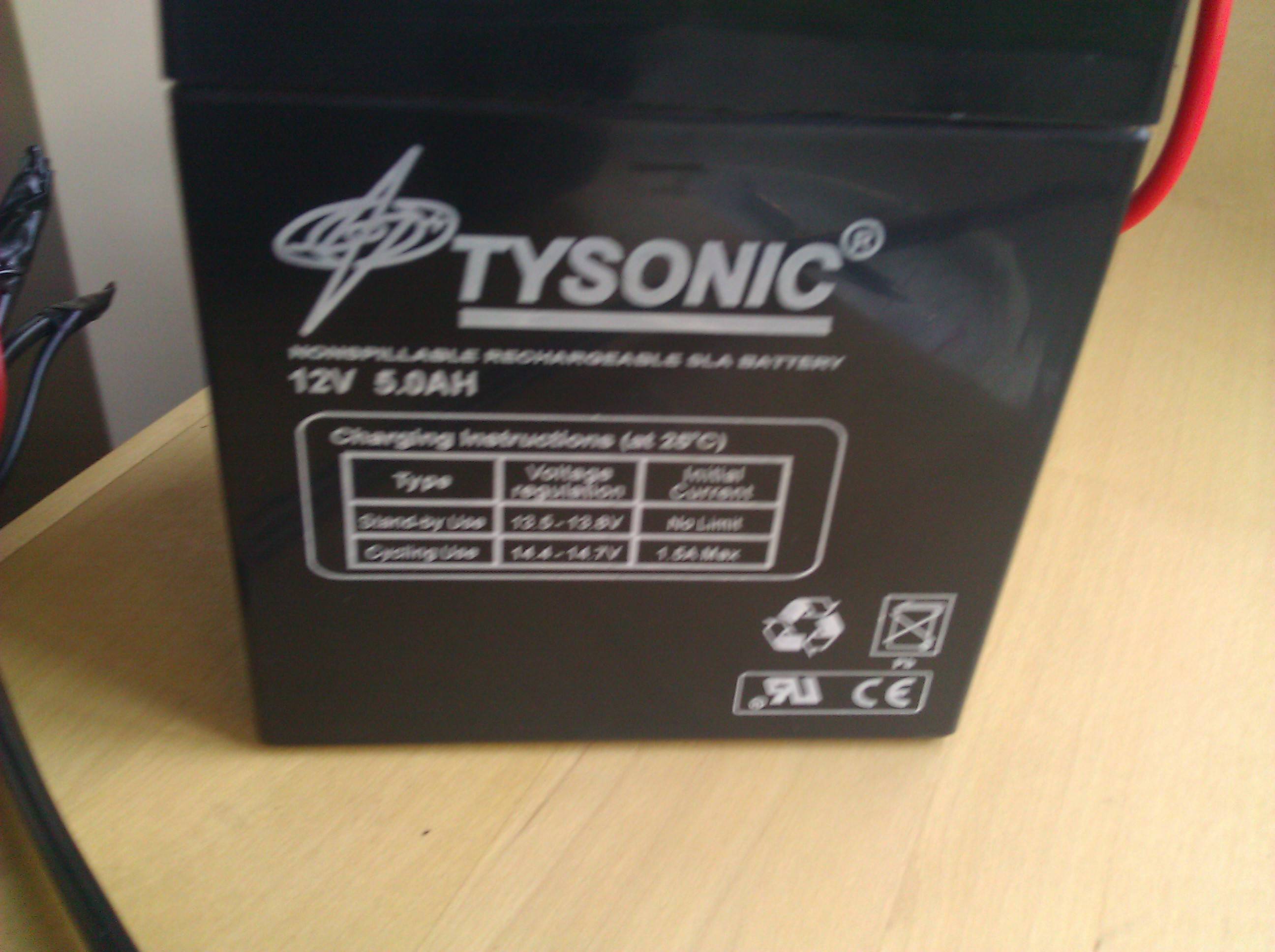 top of battery can see fuse off cathode and a quick-connector type: 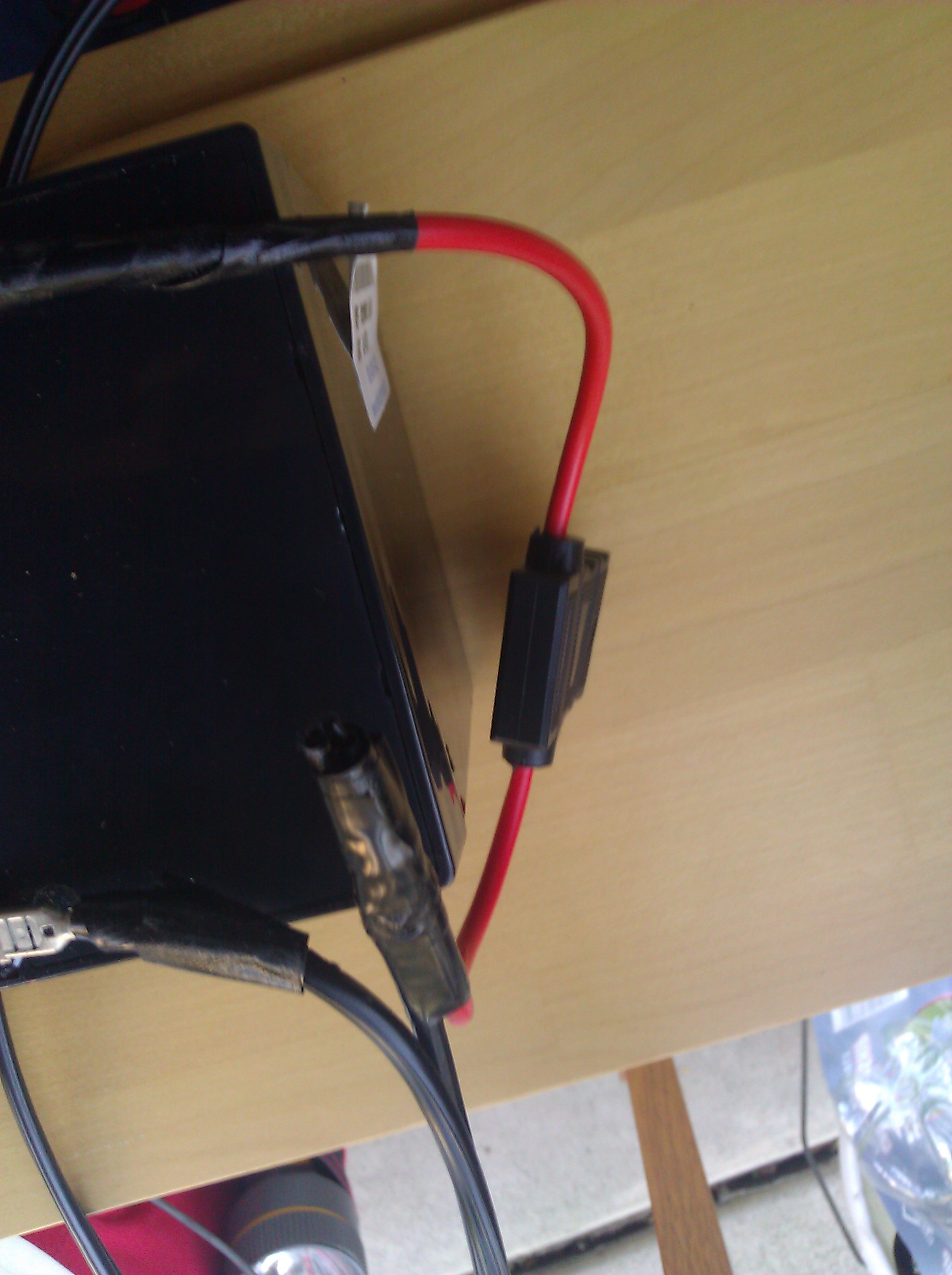 If you don't, then do provide more information.

When charging is a fuse needed? I'd say yes! Basically, fuse is there to protect the battery from being damaged by the load. Batteries can often provide large current when shorted and if somehow the load gets shorted, battery would be protected by the fuse from the short. If the battery is charging, and the load somehow gets shorted, then you'd have even worse situation. Not only would battery provide current for the short, but charger would as well. The result would be melting cables and damage to the battery and the charger due to overcurrent.

Not the answer you're looking for? Browse other questions tagged batteries charger fuses or ask your own question.