I think this is some sort of rotary encoder, but it doesn't seem to act like one (no quadrature output from the pins).

Tests I've run: 5V input in each pin, monitoring the other three on an O-scope. I rotated through until I ran out of pins to put the power into...

Images of the whole assembly are below.

Purpose of This Question

Thank you to user28689 for pointing out that I had not stated the purpose of my question. Here it is:

I am seeking to drive the motor assembly with a micro controller (Arduino to start with). At this point I am seeking to use only the necessary parts from the assembly, in this case I think the sensor and the outrunner motor are the only things that need to be kept which is why I am trying to find out what kind of sensor it is and how to read the data from it. I have four of these motor assemblies that are relatively unmolested and being able to use them in projects would be useful.

Here's a picture of the part in assembly. 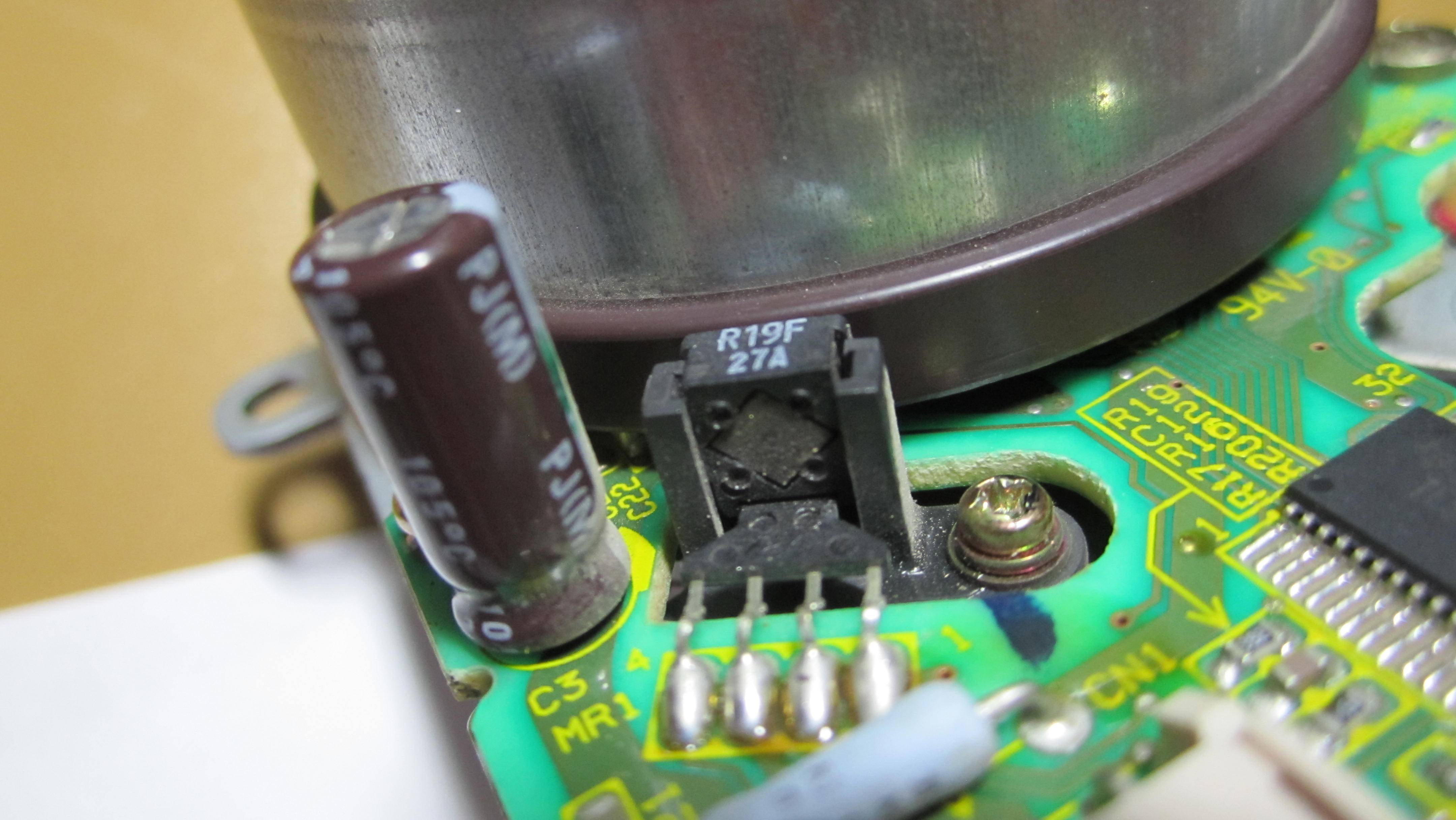 Here it is by itself. 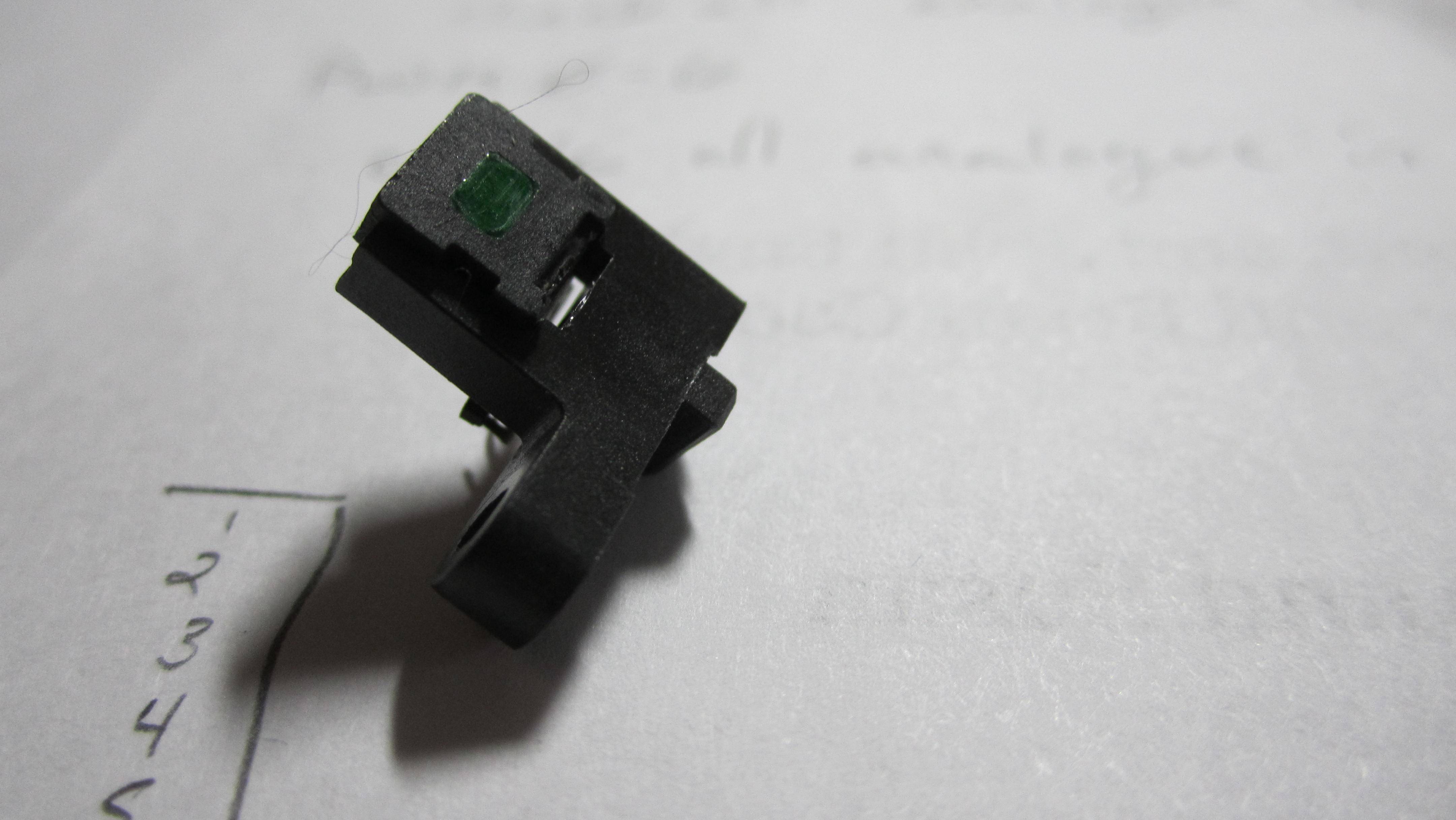 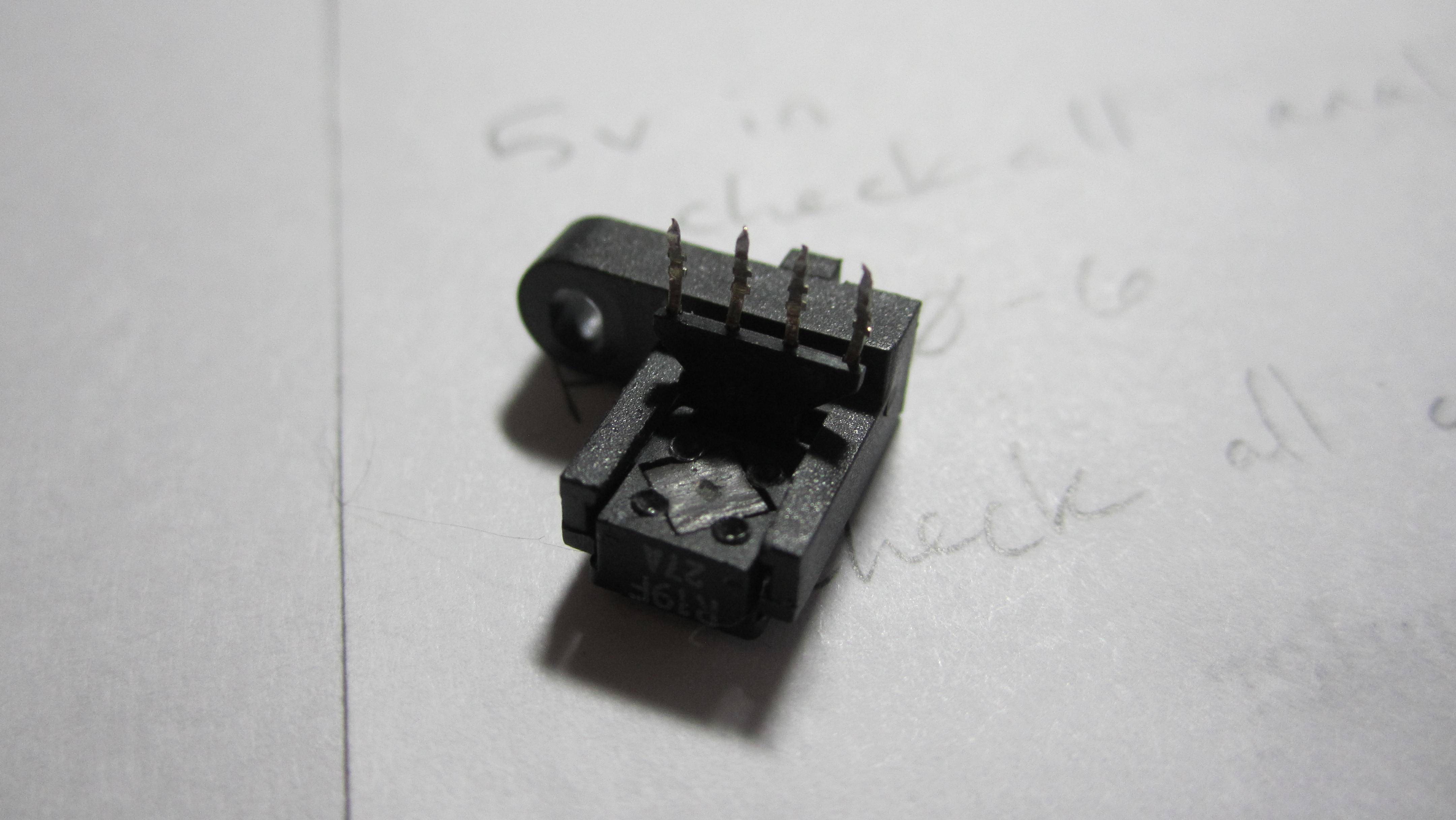 A closeup of the sensor 'head' for added clarity. 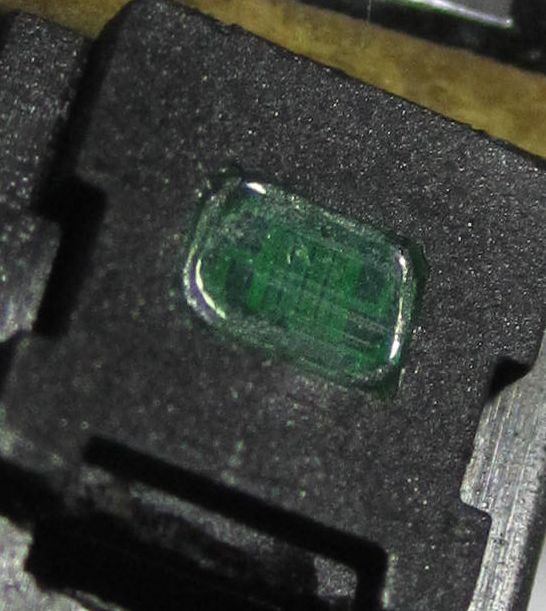 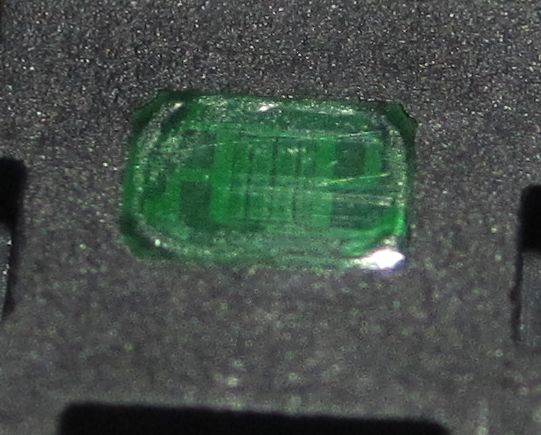 Assembly Details: As per request: the assembly is identified by PN: RH7-1495. It was pulled from an HP Color Laserjet 4650. The board logic runs on 5VDC while the outrunner DC motor runs on 24VDC. There are 7 pin outs on the end of the board.

This afternoon I probed the whole assembly and tentatively identified all 7 pins. I say tentatively because I haven't found anyone else who is looking for information on the assembly (RH7-1495) or the specific part. I can post images of each test from my multimeter if there is interest. 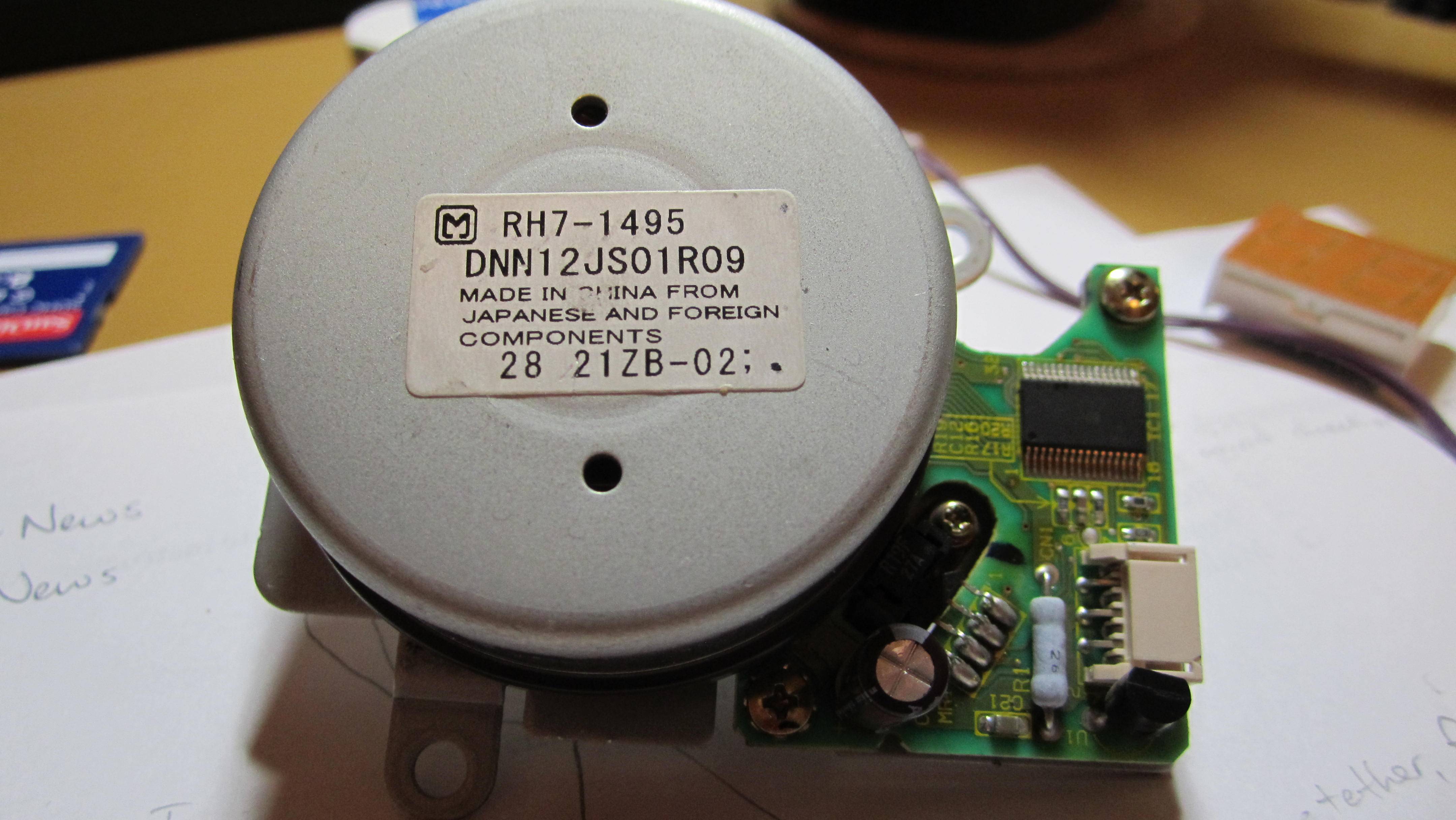 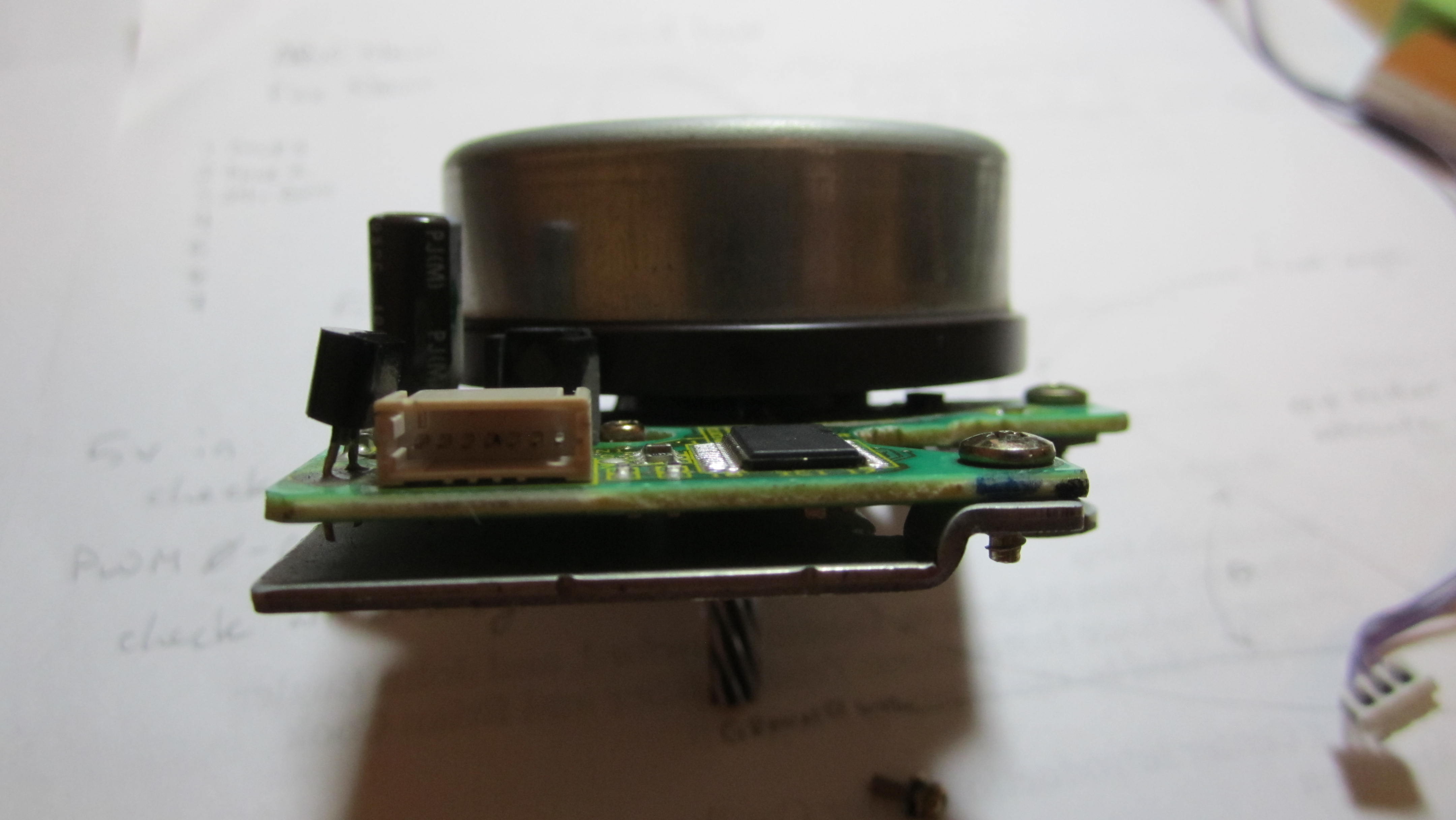 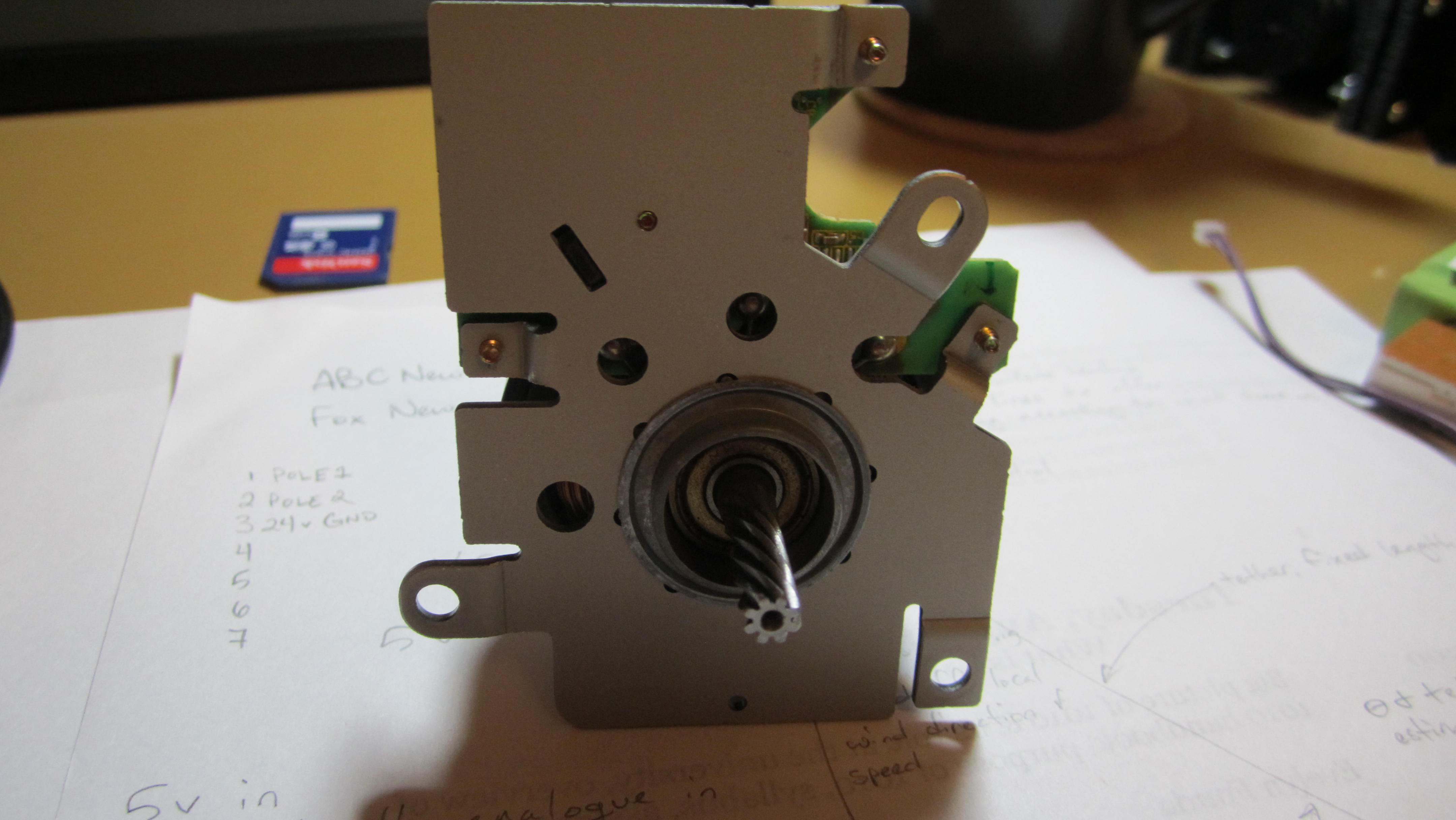 As an added bonus I dug out the position sensors that go with these motor assemblies. The top one has its cover, the bottom one I stripped to see what was inside. 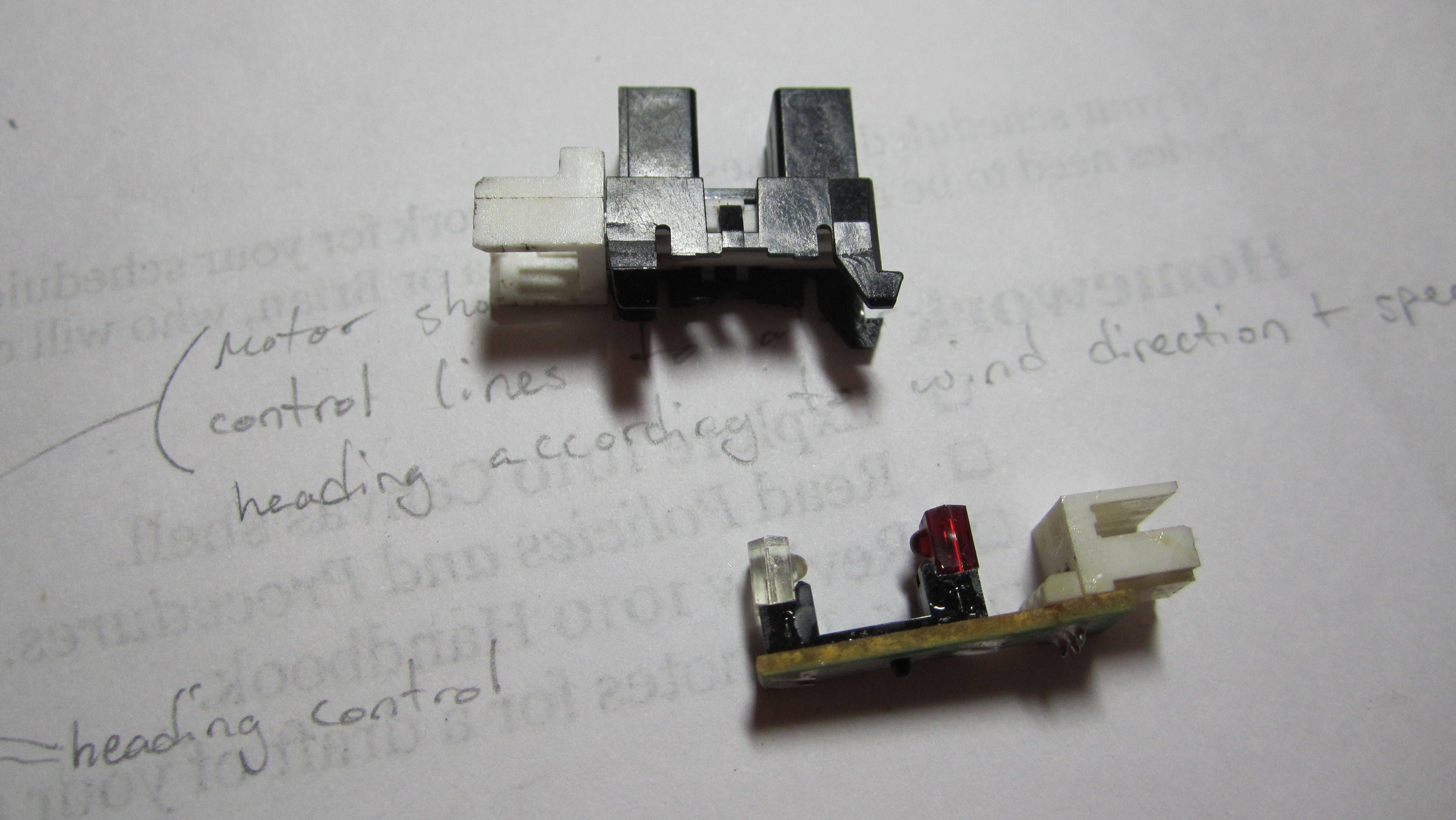 Printer Details So that no one has to go haring around the internet for more information on this printer I've included as much as I have here.

This link says that it is part of the fuser drive assembly (LaserJets have a heater that fuses the ink to the paper, click for more on LaserJet operations theory).

The service manual, on page 219, calls these assemblies (RH7-1495) 'drum drives'. The printer contains five of them. One I've torn down to get a good look at components. The others I've left intact for testing and (hopefully) later use. 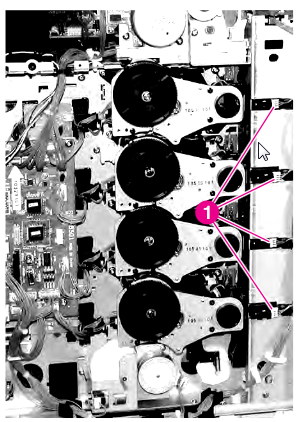 The service manual also mentions that the homing sensors are not part of the overall assembly (page 222).

Below is the DC control board (I think) for all of the drum drives (RH7-1495 assembly). 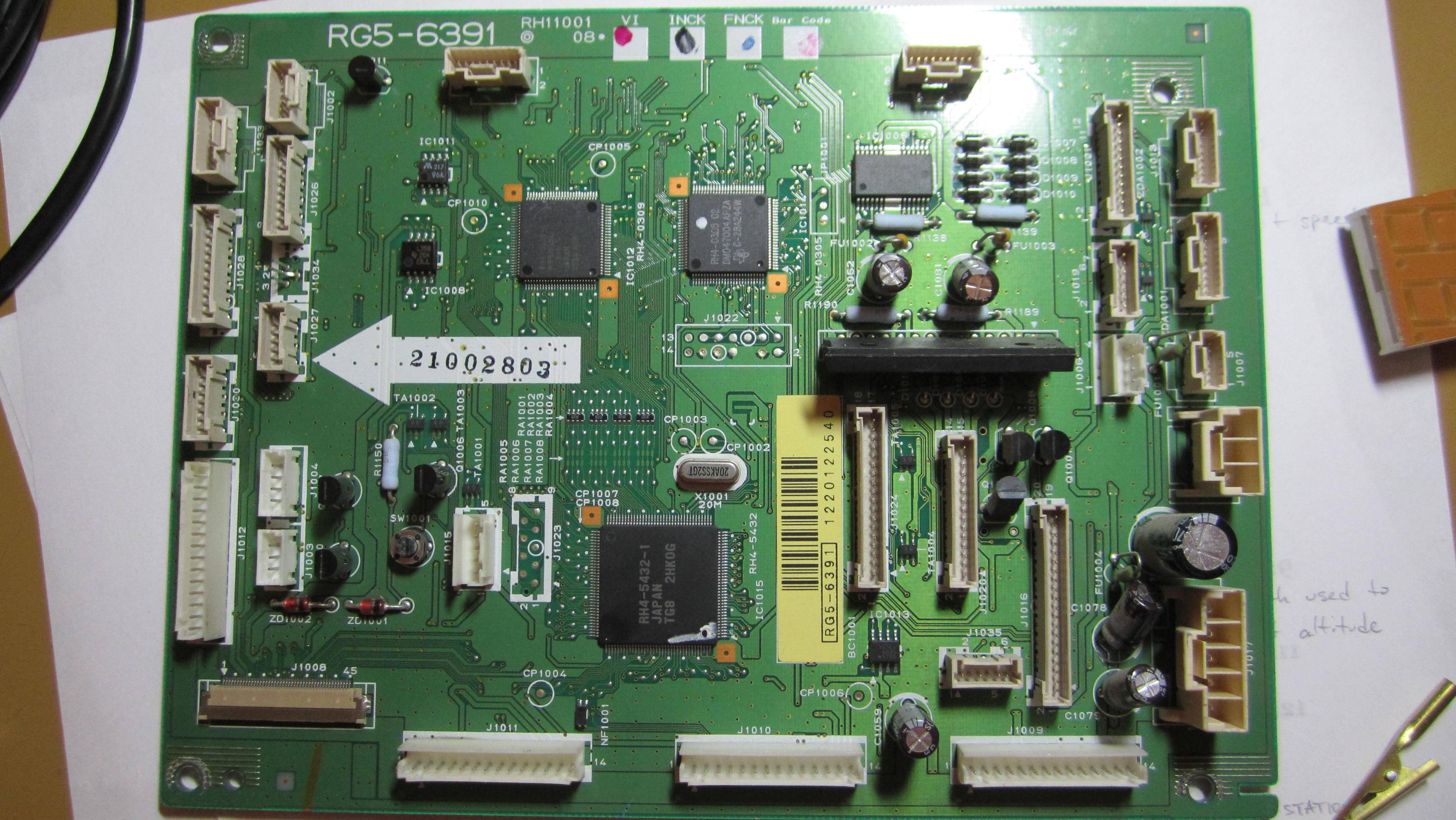 On the rightmost side of the image is the power header, a 5 prong receptacle that is labeled for 5V, 3.3V, and 24V.

[edit] Here is the inside of the motor housing. The purple ring is non-magnetic, the metal housing is magnetic and the inner ring is the motor's magnet. 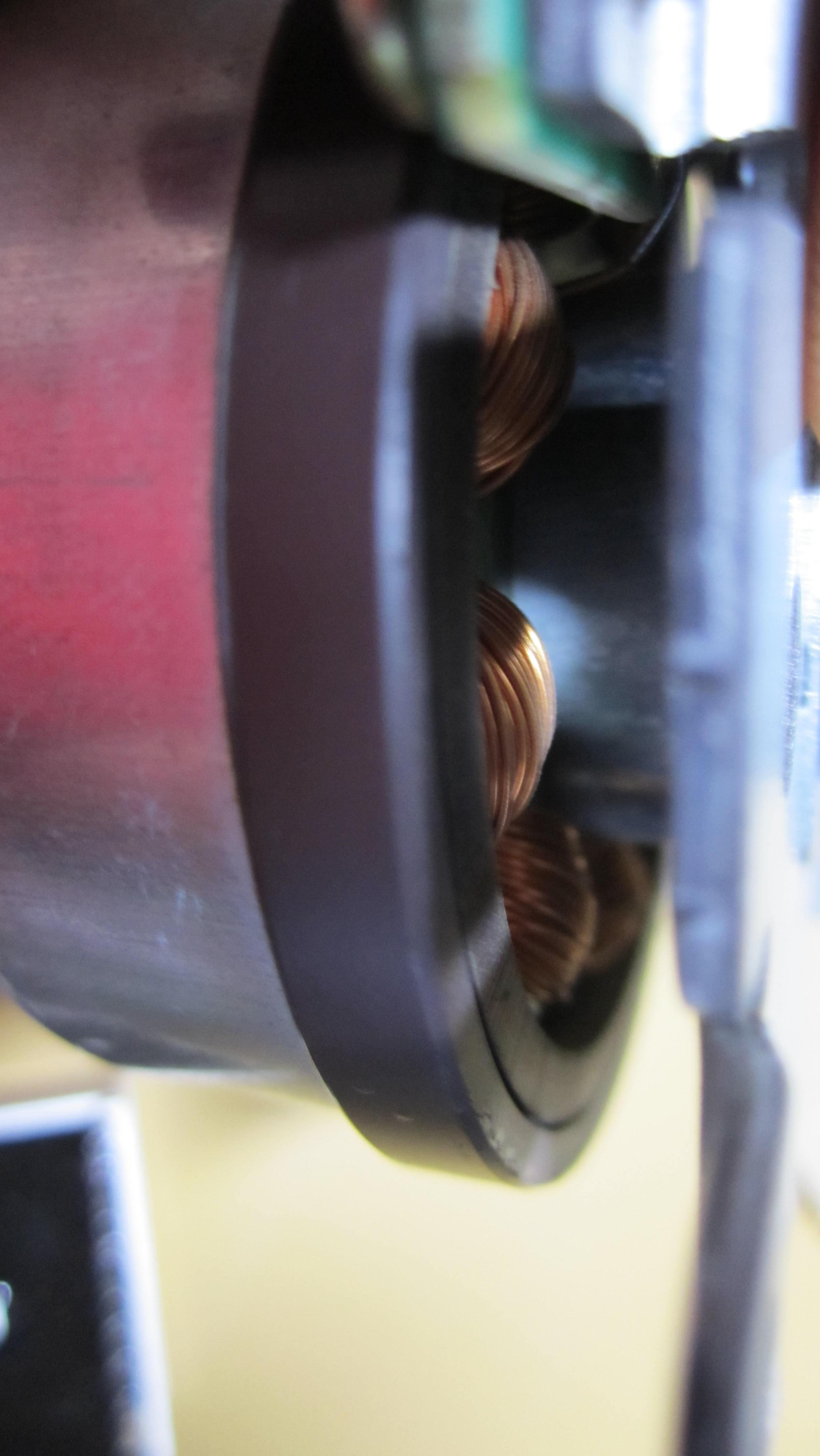 Its a differential Hall sensor that picks up each rotor pole as it moves and is used to measure rotation like a tachometer. Most Tachs use either a coil or Hall sensor.

Not the answer you're looking for? Browse other questions tagged dc identification stepper-motor encoder brushless-dc-motor or ask your own question.

2
Figuring out wiring of optical encoder
0
Using transistors to minimize the number of Arduino pins used for this stepper motor driver
1
Stepmotor closed loop - matching encoder and microstep resolution
37
How does a laser printer control the laser to produce such high resolutions?
1
What is this encoder with micro DC motor in camera auto focus system?
9
What is this four-legged part from under an inkjet printer head?
4
Help Identifying a CMOS optical mouse sensor?
4
Principle of operation of a Panasonic e-bike torque sensor
0
What will be the max voltage and current rating of this DC rechargeable fan?