I'm actually trying to build a precise full wave rectifier. But after a first failed try, I though I would better be off break down things to analyse every part of the circuit.

So, I started building a half-wave rectifier... 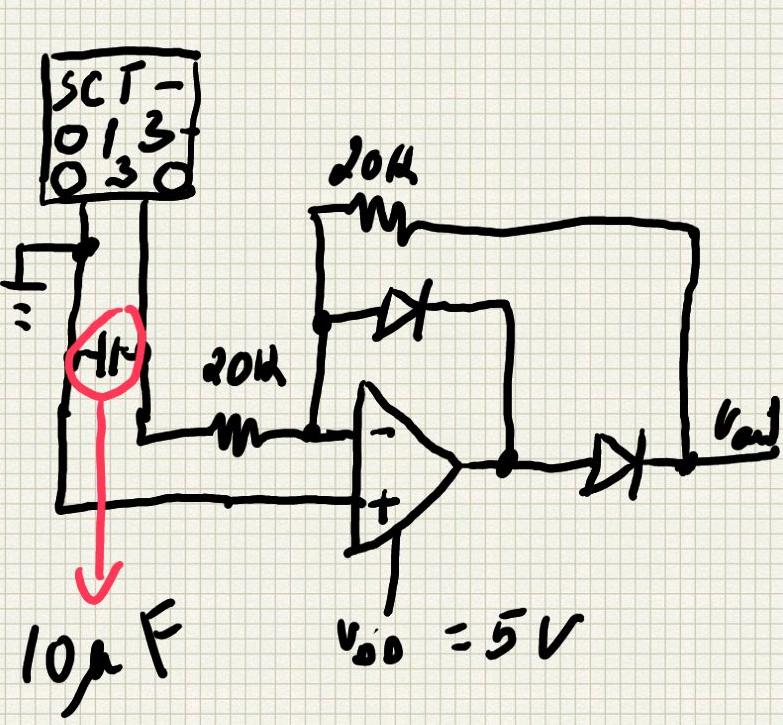 and even at this point I'm seeing something I was not expected: 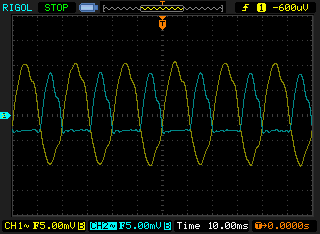 So, has you might guess, the yellow wave-form is my Vin and the blue is my Vout (both channels are AC coupled).

Here's the difference when I change my scope settings to have both channels to DC coupled: 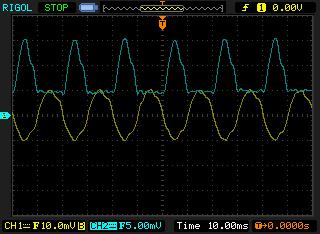 I was sincerely expecting to get something more like this: 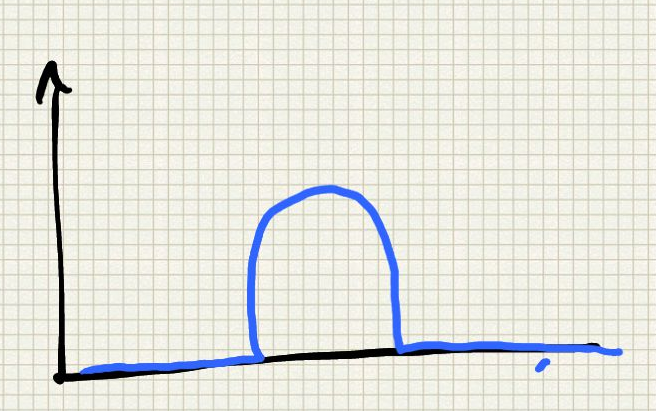 Any thoughts on what is going on? Why am I still getting a negative portion of the rectified wave form? I must have messed something up...

I've basically edited this post, because I realized that I've made a mistake on the circuit. As I'm using this circuit to power up an A/C appliance, I wanted to use the same power supply to power up the circuit. So basically I've connected a AC/AC transformer to drop-down voltage from 230 to 6V (or 12V), and then got the AC converted to DC through a bridge rectifier and later regulated to 5V.

The thing is, I noticed I was using "different grounds" in different parts of my circuit. I was giving ground passed through the voltage regulator to the op-amp and giving ground directly out of the bridge rectifier to the bias the CT sensor.

For some reason that is not clear to me, between the "regulated ground" and the ground output directly from the bridge rectifier there's a difference of 2.3mV.

Well, know after having this corrected I get this on the scope: 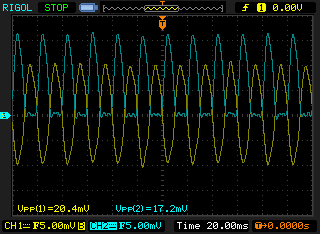 Once again, I was expecting a closer match in terms of Max voltage...

It looks like your output is only going about 4mV below ground. The input offset voltage for the TLC272 is up to 10mV so maybe you need to pick an opamp with a smaller offset. Seeing a schematic would be helpful, too.

Not the answer you're looking for? Browse other questions tagged ac rectifier or ask your own question.