Is an omnidirectional antenna a must for a cell phone?

I have read somewhere (but unfortunately I am not able to remember where) that cell phones do need an omnidirectional antenna.

If it is so, what are the reasons for that? Why a normal directional loop antenna could not be (efficiently) used ?

There are no antennas that are truly omnidirectional without a lot of complication especially for a cell-phone. However, if you think about it, you do want to be able to hold your handset and turn in any direction to face north, south, east or west and expect it to work. A directional loop antenna defeats the objective of being able to face any direction and still work.

You could argue that laying flat on the ground (whilst on the phone) is "not a requirement" and therefore you shouldn't expect this to work in all directions. However, the reception and transmission of radio waves is quite complex to understand (and a bit unpredictable) and these can make the "normal" expectations better or worse. Here's what a dipole's field looks like: - 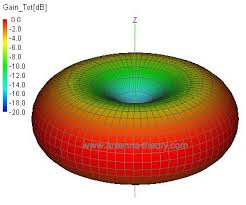 You can see that it extends in all directions horizontally the same but in the vertical direction there is no field (receiving or transmitting).

The design of the "system" also provides different frequencies for any particular handset to operate on and sometimes when reception might be poor at one frequency, moving to an adjacent frequency might make a significant improvement. Ditto for transmission.

This is partially not entirely true anymore. With increasing bandwidth requirements and as we are getting really close to the theoretical limit of omnidirectional picojoules/bit, in order to increase bandwidth in cell phones it will definitely be necessary to go back to directional antennas again. The way this is solved in the next generation of radios (and I believe the current generation of Qualcomm 2x2 LTE radios) is that they employ a phased array antenna using the 2 send and receive antennas. g-sensor data is used to 'point' the phased array in the right direction in the short term, and receive antenna tuning is used to lock the phased array in the long term. As we go towards 2020, phased arrays and possibly eventually focused array will become commonplace and necessary in handsets to achieve next-generation data rates.

addendum: this method of using multiple antennas as a phased array is called beamforming.

An omnidirectional aerial is simply a convenience. If you are prepared to locate the direction of the nearest/strongest cell site and point a directional aerial at it, it will work just fine. I used to do just that. As Andy says, needing to do this is generally unacceptable to typical users.

In niche cases it can be extremely useful, and these prove the "not necessary, but nice" aspect of omni directional antennas.

In my case we are served by a GSM system and in the past coverage around my home was poor as we are in a hill shadow relative to the local cell site and tend to get strong reflections on several paths, which leads to unstable areas of high and low signal across distances of feet and seconds. A phone may work almost perfectly one day and be almost unusable the next. This has now been fixed (extra cellsite presumably) but prior to that I used to make extended cellular free toll calls as part of my calling plan. I had line of site access to another cellsite but the range was excessive. SO I set up a UHF satellite dish (about 1 metre) pointed at the cellsite and with the phone simply placed on the LNA support arm with the LNA removed and the phone on 'loudspeaking. No electrical (wired) connection twixt phone and dish. Worked a charm. [Set up on my back porch next to an old armchair. Coffee, papers, cellphone, satellite dish - go.

Unrelated Bonus: Genuine story! For experimental purposes I silvered the dish with aluminised mylar film. It mad a proficient solar heater. My wife was concerned that the dish may set things on fire unattended. I pointed out the unlikely circumstances required to align sun, dish and a target as configured. One night I left the dish on a stool next to the armchair and next morning about 10am sun and dish angle and chair location conspired to set the chair alight!!!. It could have spread to the house :-(. But didn't., A lesson or few learned.

Don't try this at home if you want to still have one. Chair frame is solid pine - burning is more substantial than is obvious. ("Open image in new tab" gives much larger image on this and many other images.) 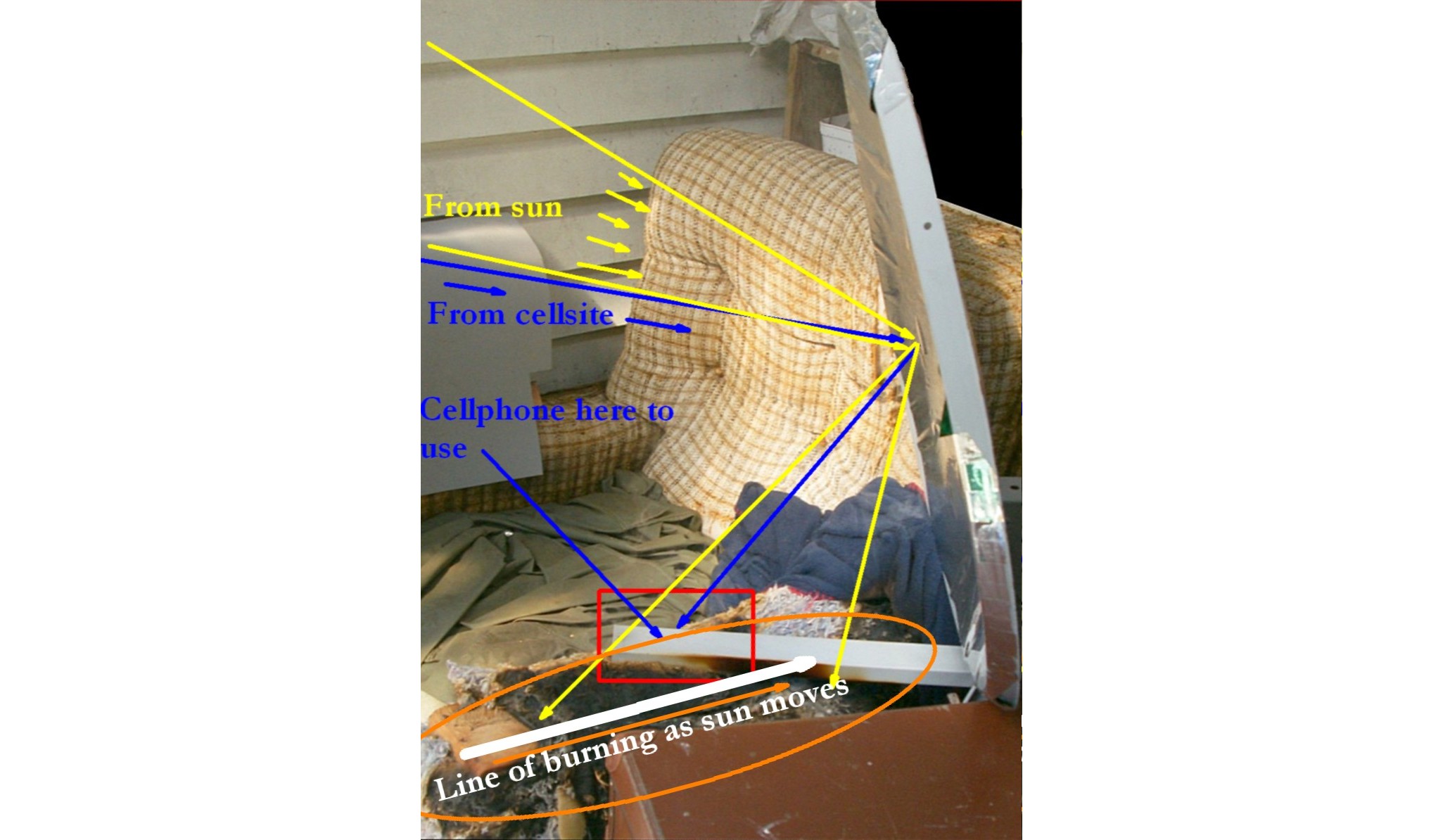 Any kind of mobile communications system is going to have omni for convenience in use. in the case of a two fixed bases it is much more allowable to have to tune a directionala Yagi or reflector dish for maximum signal and bolt it down.

but never with a mobile application, really, unless you are willing to stop the hike, bike, or car or boat, and retune a directional every time you want to talk.

1
Directional Wifi Antenna
3
What is the antenna gain of a mobile phone?
0
Can an omnidirectional antenna be used with a directional one?
13
Simulate bad cell phone reception in the lab
0
Antenna Design for Omnidirectional transmission
1
why is it bad if a coax cable (used for antenna cable) has multiple paths to ground?
0
Can I use a 2.4 GHz antenna for 900 MHz signal?
0
RFID antenna beam direction and how to control it