Connect Wii balance board pressure sensor to an Arduino

We have a Wii balance board pressure sensor and were wondering how we could connect this sensor to an Arduino board.

On the circuit board (see picture) of the Wii Balance Board are Japanese characters printed, only those are pointing out which color there must be. The problem is, most pressure sensor examples of the Arduino are with 2 cables, but the Wii pressure sensor got 4 cables. So which cable is for what? 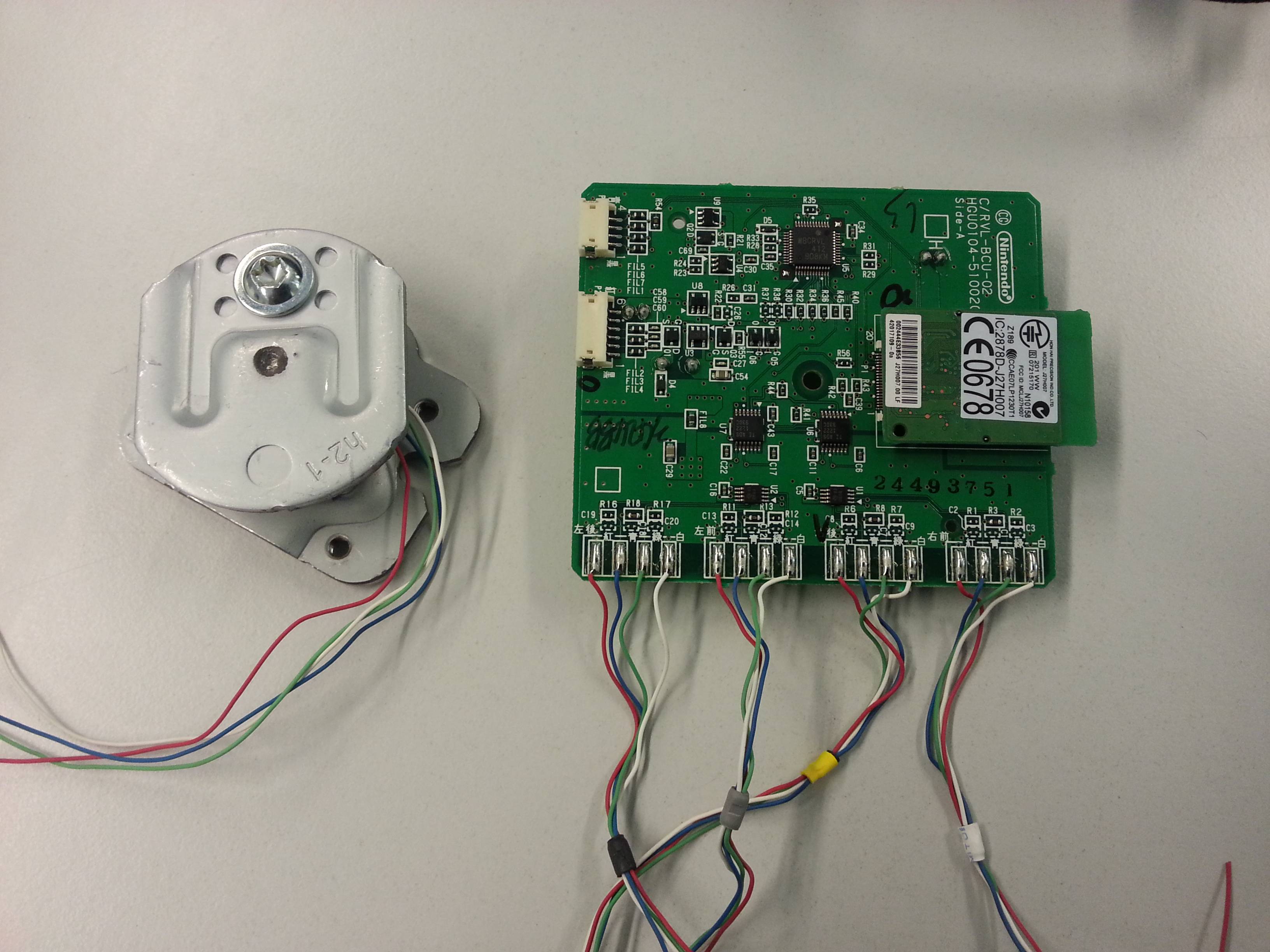 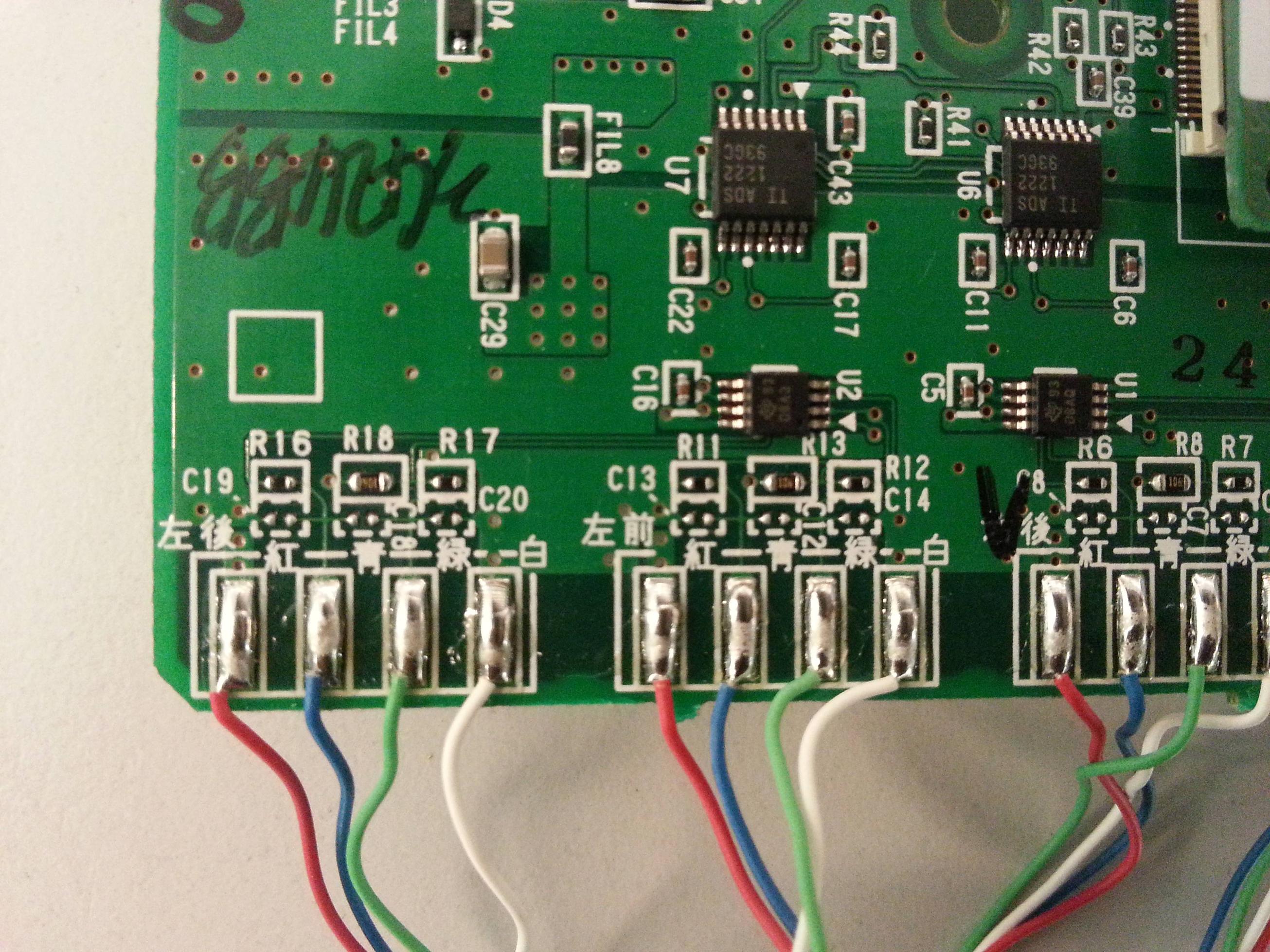 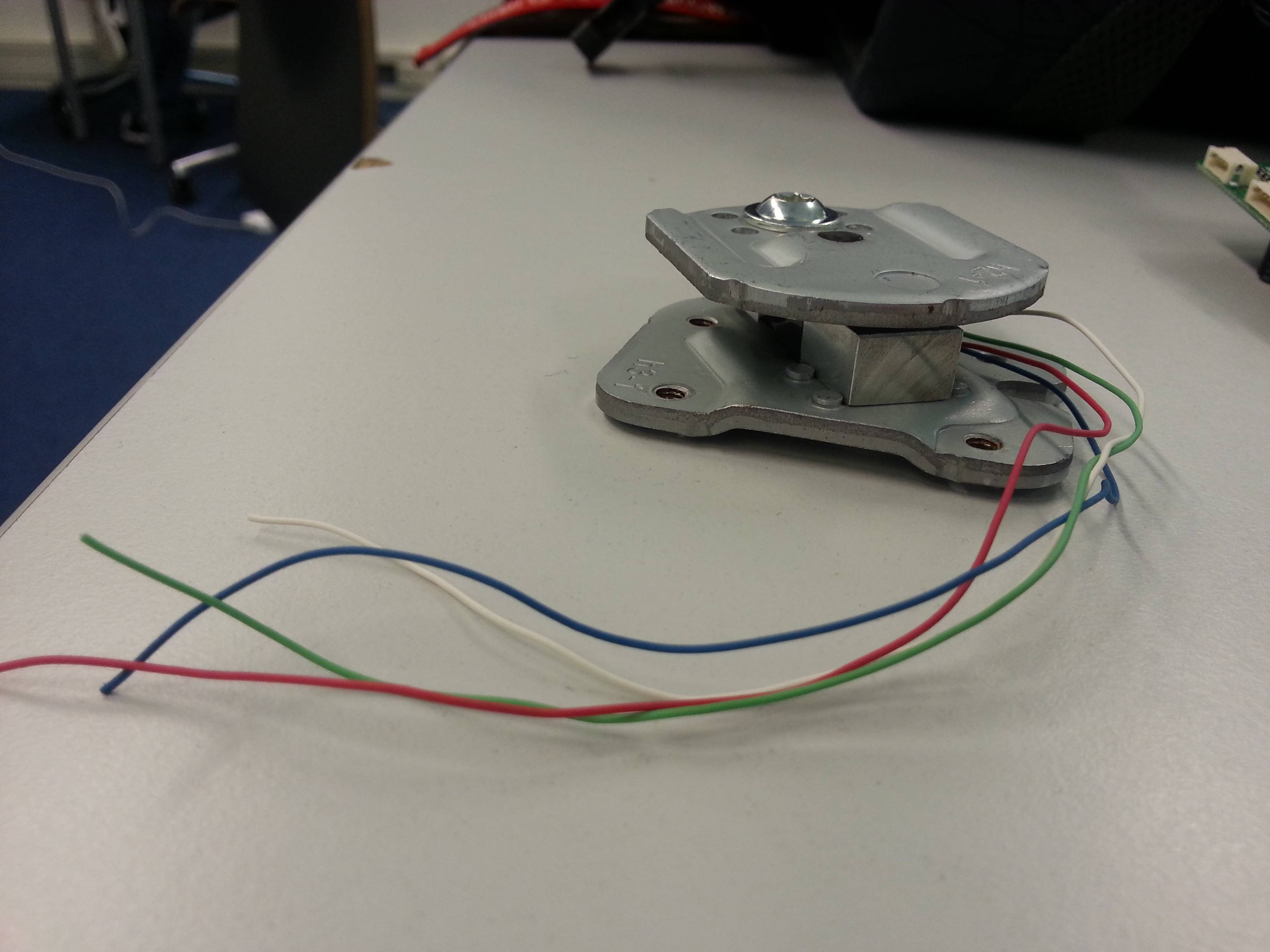 The two smaller ics labeled TI 93 DBA3/DBAQ are probably opamps (can't find the part) but they should trace out to the ADC converters. Most likely, LMV932s, dual low voltage high quality opamps, but they don't match the suggested topcodes.

The entire board acts like a standard wii remote, with a standard i2c wii balance board extension/accessory. It can be accessed via Bluetooth, or you could maybe tap into the i2c lines as well.

Frankly, the bluetooth way is the easiest. Unfortunately, it's not as easy as the Wii Nunchuck being a simple i2c device with a connector.

Not the answer you're looking for? Browse other questions tagged arduino sensor wii balancing or ask your own question.

1
Bare pin arduino breadboard connection
1
Programming external ATmega328 with an Arduino SMD edition?
0
Wireless Sensor Nodes for Arduino-based system?
2
Is it possible to use a digital pressure sensor with a ATtiny4313?
0
Using an SSR photoelectric sensor with Arduino
0
Suppressing interference in a pressure sensor circuit
1
How to connect a bend sensor?
1
Long range sensor readings in a star network with Arduino
0
First Arduino Board Design
0
Help me identify a sensor I got from a PCB