What is the purpose of using MOSFET instead of free-wheeling diode in Buck topology? 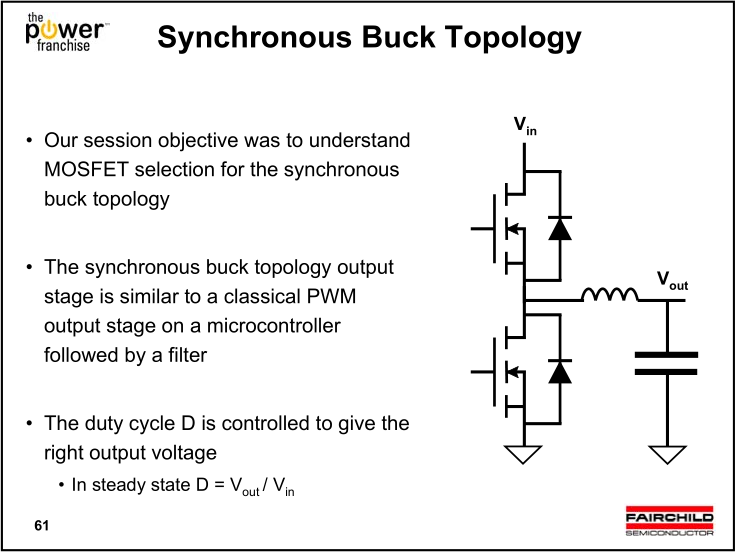 I usually see Buck circuit models in which a MOSFET is used instead of a free-wheeling diode. What I understand from the Buck topology is, when the upper MOSFET is off, it doesn't matter whether the lower one is on or off since the current will be going from ground to the inductor through the body diode.

So, why do they use this second MOSFET? A MOSFET is generally more expensive than a diode, isn't it? Isn't this an overkill? Or does it make the circuit better in some way?

Forward-biased diodes are not perfectly conductive; there is a voltage drop of 0.7V (0.3V for Schottky) across them. At high currents, this results in high power dissipation across the diode. High-current diodes may have longer recovery time too.

When the lower MOSFET is on, current flows through it rather than the body diode. The MOSFETs are selected for low Rdson (on resistance), so the minimum of energy is dissipated in the MOSFET.

Apart from an improvement in efficiency, probably the most significant reason for having a "synchronizing" MOSFET is that the switcher won't go into discontinuous (burst) mode nearly as often. Burst mode occurs on light loads because the minimum energy per cycle that can transferred is higher than the load demands.

This happens a lot on variable loads or when incoming supply voltages are at maximum. It causes significantly greater ripple voltage on the output. A non-synchronous switching circuit will have a minimum duty cycle in continuous operation before entering discontinuous operation - there is no option - it can't keep oversupplying energy to the load or the output voltage will significantly increase.

In a synchronous switching circuit, because excess energy can be removed from the output capacitor over the full period of time that the series-pass MOSFET is off, there is no-need for the synchronous circuit to enter discontinuous operation. Some devices will give you the option of entering discontinuous mode because there can be some energy savings on light loads but that is a customer/supplier driven feature.

This means that the peak-to-peak output ripple voltage is almost guaranteed to be significantly smaller when using a synchronous topology in almost every application. This coupled with efficiencies in the 95% region (buck regulators for instance) make it the topology of choice today.

Not the answer you're looking for? Browse other questions tagged mosfet switch-mode-power-supply buck or ask your own question.

1
Is there a Semisynchronous Buck Topology which mixes the advantages & disadvantages of both?

4
Synchronous DC-DC converter and fast diodes
2
Any qualitative analysis saying RC snubber required or not for High current Buck converters
2
Where does the MOSFET body diode come from?
0
BUCK converter considerations in a battery charger,with battery as a load
4
Importance of Source-Body Connection In MOSFET Cascode Amplifier
1
Is there a Semisynchronous Buck Topology which mixes the advantages & disadvantages of both?
1
State Space Average Model of Non-Ideal Buck Converter
3
What's the point of a MOSFET in a synchronous buck converter?
0
Direction of N-channel mosfet when replacing the diode in the buck convertor