I am trying to find the correct components in order to achieve the same results with a MOSFET that my current 5V relay board does.

Reason being is that I don't like all the "clicking" the relay makes when I turn it on and off and I was hoping that using MOSFETs would achieve the same results without all that clicking noise?

What would the schematic look like when hooking up a MOSFET to the digital line of a Arduino (5V max per pin)?

As an example of what I am currently using one of my relays for: 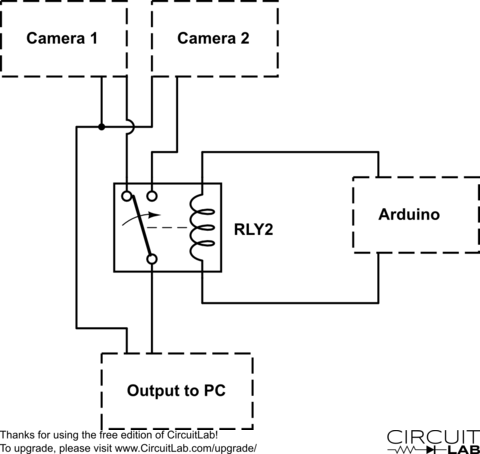 In the image above I am sending a video signal through depending on which camera I am wanting to view. Other examples are just your normal sending voltages on and off to something (max 12V).

The key difference between relays and MOSFETs in this context is that MOSFETs do not have a linear transfer function for signals passing through them.

In the case of the relay shown in the question, the signal from the active video source passes through the relay contacts essentially unmolested, pretty much regardless of signal polarity or content, like through any other electrical switch contacts.

With MOSFETs, the signal would need to be biased to stay precisely within the linear portion of the MOSFET's conduction curve when the MOSFET is in conducting state. A DC bias voltage must be added to the incoming signal (assuming analog video signal), for this purpose.

The transfer characteristic of a MOSFET for small signal operation looks as below. See this paper for further insight. 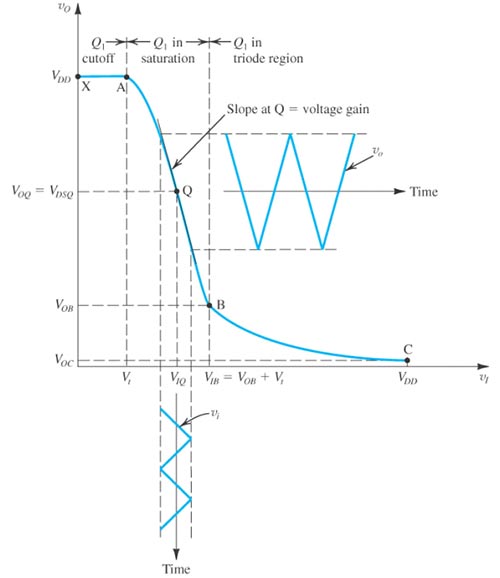 As seen here, the MOSFET's conduction reduces sharply as input voltage drops towards zero. What is not shown in the graph is that once the input signal drops to a sufficiently negative value, the MOSFET's body diode begins to conduct, regardless of the voltage at the MOSFET gate.

So the entire signal needs to be biased and constrained to stay within the linear portion around the point indicated as Q. This might not go down so well at the receiving end, if the receiver is not designed to work with a DC biased video signal.

In addition, a MOSFET's conduction behavior changes with frequency of signal, much more so than a metal-metal contact such as a MOSFET. Hence, depending on the specific MOSFET being considered, and the frequency of the signal, this too would be a concern.

In other words, a MOSFET is not a suitable replacement for a relay in this application.

Even solid state relays, unless specifically designed for video signal transmission, will not work, because they too contain semiconductor switching elements, which will have similar non-linear behavior as indicated above for MOSFETs. So, not an option.

There are special ICs called "video switch". They are analog switches, designed to switch video frequencies and are controlled by logic level signals.

Exactly what you need.