I am working on part (c) from the following problem:! 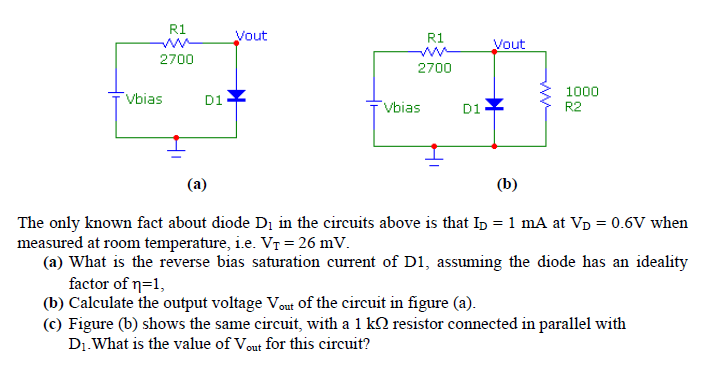 Vbias = 3.3V which should have been given.

This doesn't seem right to me. In the previous problem (b), I said Vout = .6V which is just Vd and it seems strange to me that adding a resistor in parellel would increase the voltage at Vout node especially if it was smaller, say 100ohm. 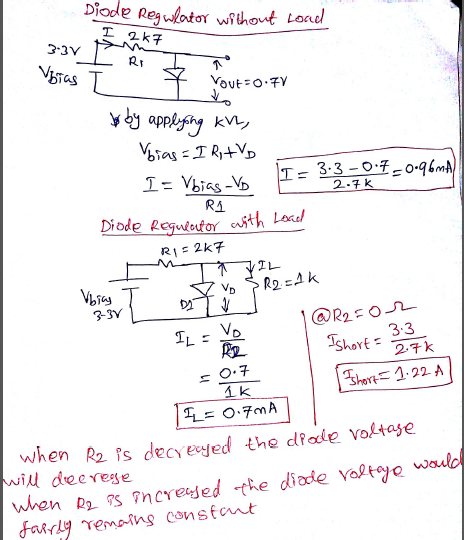 The comment by Wouter gives the best approach. The equivalent circuit is: 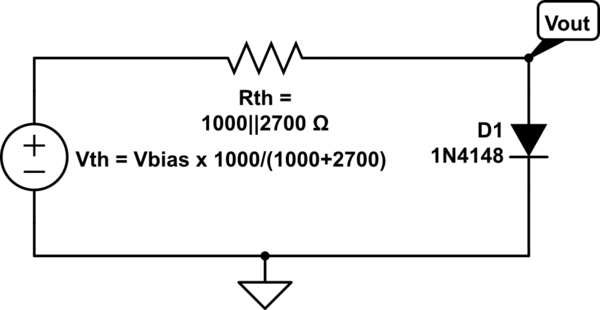 If this isn't clear, all that has been done is to swap the position of the diode and R2 and then replace the circuit to the left of the diode with the Thevenin equivalent circuit.

Now you have a circuit just like in part (b) to be solved in the same way.

They have given you all the necessary numbers so that you can model the diode in closed form. Using KCL (Kickoff's Current Laws) and KVL (.... Voltage laws) you should be able to come up with a set of equations that when solved give you the answer. Since you started with a resistor divider (which is a good start) you know that the answer is going to be intermediate between the 0.6 and 0.892 because at 0.892 that diode is going to be sucking a lot of the current!

As others have said consider how the voltage divider behaves in the absence of the diode or when the diode is not forward biased. the equation for the circuit is below:

From this you can see that when there is little current through the diode the equation is reduced to a simple divider.

6
Purpose of Zener Diode in Circuit
4
Using Zener Diode for 12v input to Arduino
1
Soft Clipping with Diode
2
Dynamic resistance of diode
0
What's the purpose of the diode in this selectable supply voltage circuit part
0
Voltage error when connecting a zener diode
1
Can the diode be ignored in this Op amp circuit?
3
Ideal diode circuit with two AC sources
1
Determine the operating point of the circuit in the figure. Voltage divider, op amp, diode