What is the effect of supply voltage asymmetry in opamp amplifier topologies?

What is the effect of a \$\Delta V\$ voltage shift in one of the supply voltage inputs of an opamp on its functional behavior (\$\Delta V\$ can be positive or negative)? 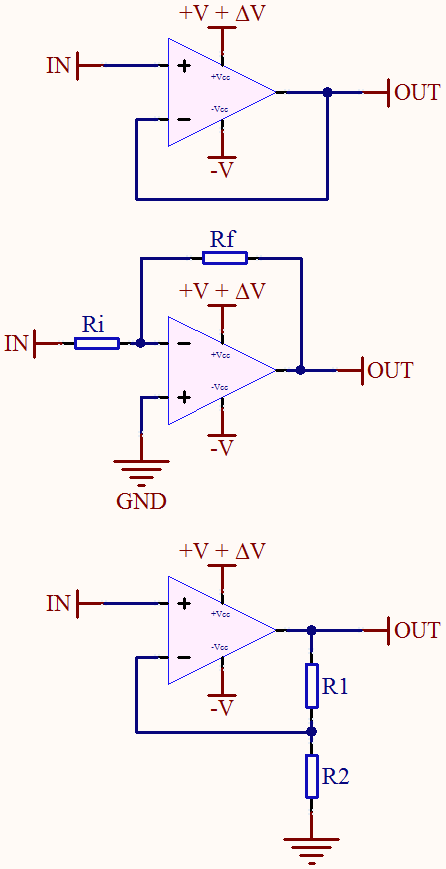 The answers above are both unsatisfactory in some ways. Andy's has incorrect assumption and calculation, while "placeholder"'s essentially tells you nothing concrete can be said... which is not the case.

So, from the graph we'd expect about -90dB PSRR at 0Hz (DC), which would translate into about 3mV DC offset at output. For the stated input signal that will be hardly noticeable because the output will have an AC component of 1Vp-p. If you however drop the input signal to 10 microvolts p-p, the DC offset in the output caused by the rail imbalance will certainly be noticeable. Proof by LTspice.

The question as asked: 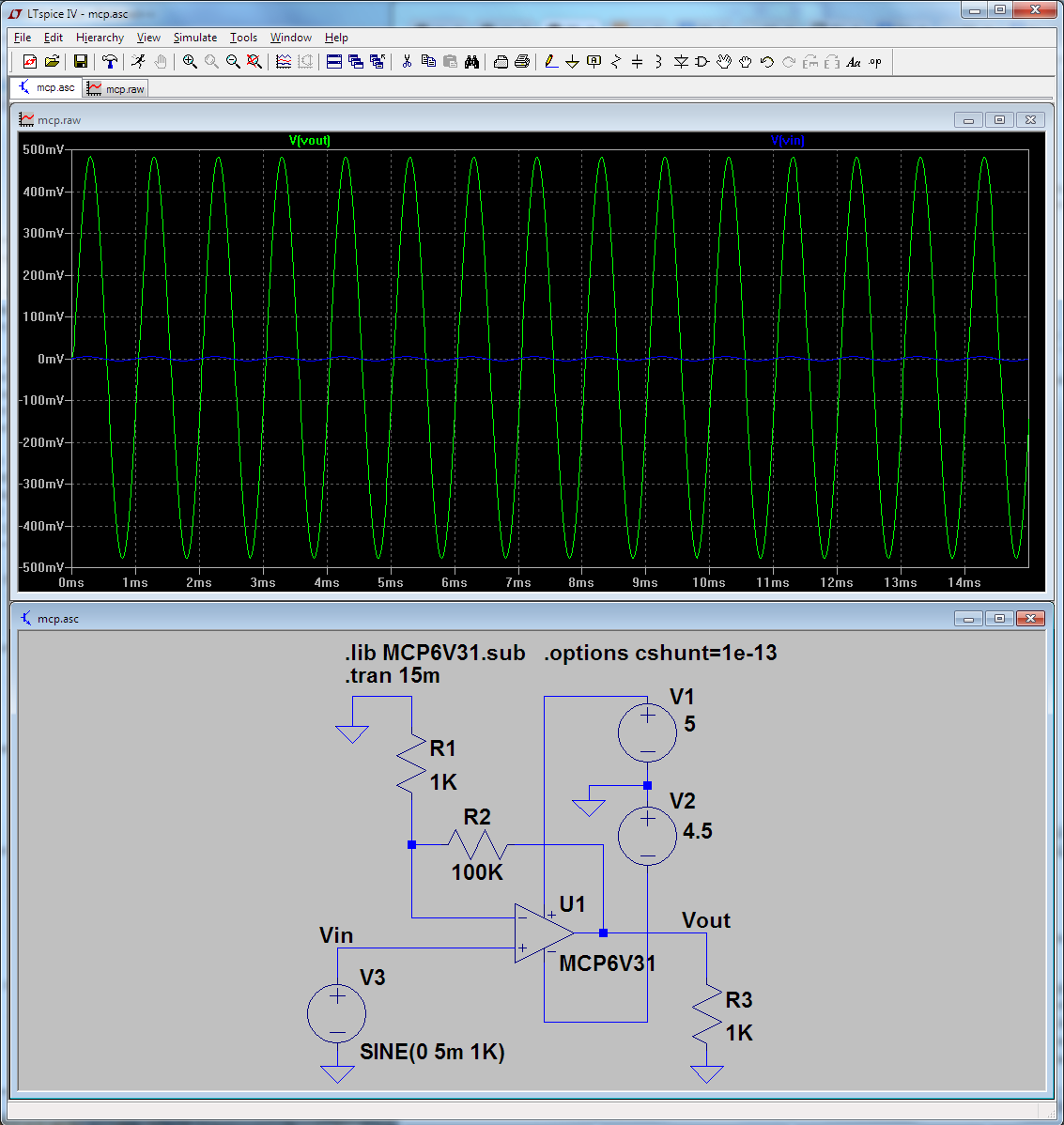 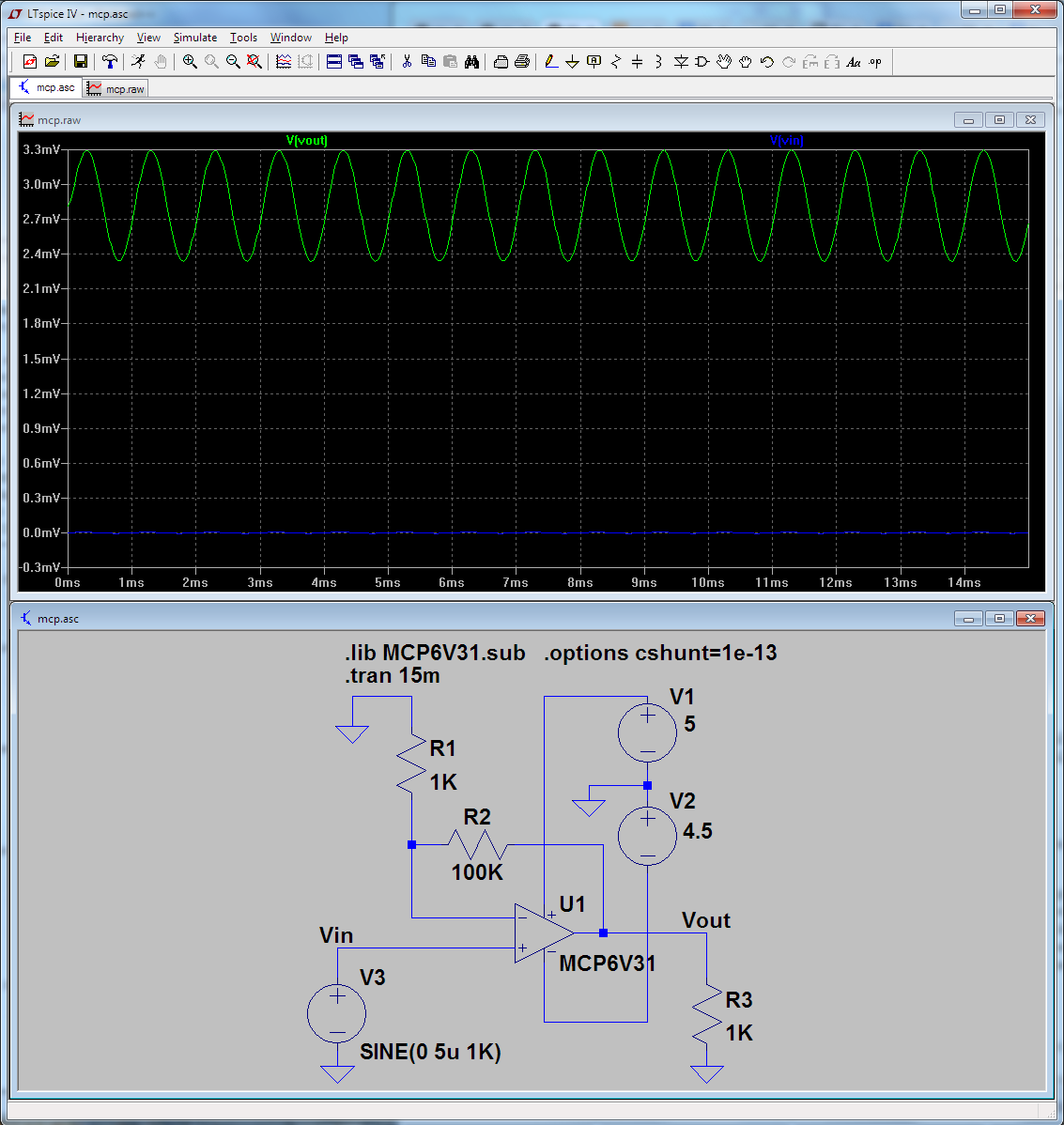 There's a visible DC offset at the output now. Just to convince you that it is caused mostly by the power supply imbalance, below is what happens if you use perfectly balanced rails at the same 10 microvolts input signal. 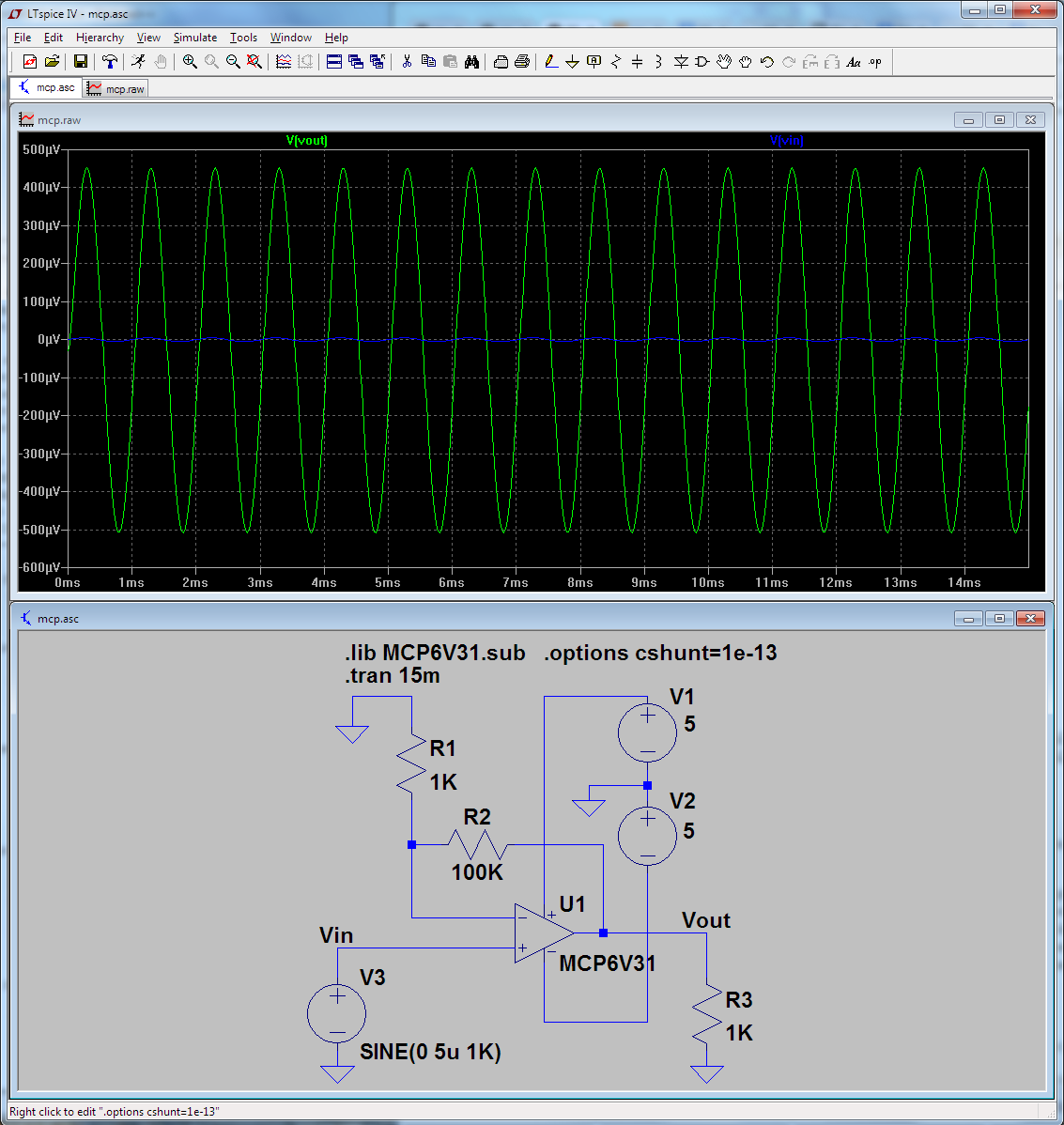 There is some offset here too caused by other non-ideal characteristics of the op-amp (input offset voltage, input bias currents), but it is much less than the one that was caused by the power rail imbalance.

Obviously you can also clip sooner on the negative rail if that is shifted up more significantly (given a large enough input signal). I'm not adding a graph for that as it's rather obvious.

If the power rails are moving up and down you can see how this affects the amplifier by looking at the graph of power supply rejection ratio (PSRR): - 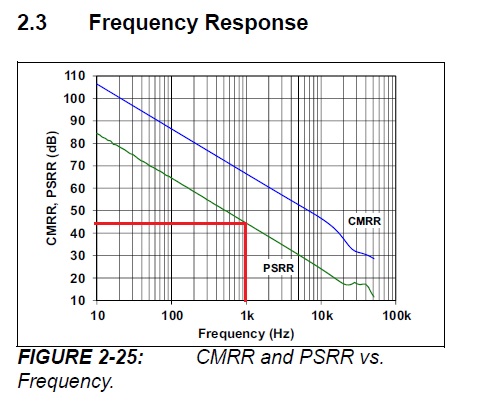 I took this image from the data sheet and for a 1kHz signal superimposed on the power rail (positive or negative) there is 45dB of rejection. This means if 1Vp-p 1kHz is on a power rail, there is an equivalent voltage at the input of: -

EDIT Strictly speaking you should use the non-inverting gain to determine the power supply noise seen at the output of an op-amp. This means that for an inverting op-amp configuration with a gain of only 0.01, the power supply noise on the output is multiplied by 1.01 and not 0.01. A 1Vp-p 1kHz input voltage fed through an inverting amplifier with a gain of 0.01 will produce an output of 10mVp-p and if the PSRR at 1kHz is 45dB and there is 1kHz 1Vp-p on either power rail, there will still virtually be 5.62mVp-p of noise on the output and this is going to spoil the signal.

Rail asymmetries are hard to determine without knowing the internal topology of the op-amp. A lot of people think that an op-amp is an op-amp, but in reality there are many different implementations and technologies and trade-offs.

You won't get definitive answers (unless the designer is lurking here), but in general the asymmetry manifests itself in two ways. The first is the signal excursion, with the rail shifted the range of operation is also shifted, if you have a rail to rail op-amp and you move the rail then the signal will also move.

The second issue manifests itself in distortion products, often the internal circuitry has complementary functionality, one referenced to the upper rail and the other referenced to the lower rail and both with slightly different operating points, as the signal moves through different regimes of operation of the op-amp, different effect pop up and manifest themselves principally as distortion products (or slew rate differences).

To fully understand this you'd need to study the op-amp far more than you really need to.

Most of the constraints are embedded in the data-sheet. If you know what you are doing you can get hints as to the internal topology from that.

Not the answer you're looking for? Browse other questions tagged power-supply voltage operational-amplifier signal-integrity dc-offset or ask your own question.

5
Determining Maximum Amplitute of Sinewave that can be applied to an OpAmp
2
Operational amplifier circuit with one ac and one dc voltage source
1
Differential op amp circuit explanation
0
Unexpected results when trying to amplify voltage across a wheatstone bridge
0
Bias voltage of non-inverting op amplifier drops to 0 when input signal connected
0
Scenario in which the opamp Input offset voltage is more than inverting input?
1
Use of superposition principle for the inverting amplifier
4
What step have I missed designing this differential amplifier?
3
What actually is the differential gain of an operational amplifier and why does its value change when we consider the common-mode gain?
0
Single Supply AC Gain Opamp With Unity DC Gain