I am trying to figure out how to go about using this LCA717 SPST-NO relay in my project. I will be sending 12V (car voltage) to a radar detector and I want to be able to turn it on/off whenever via the Digital Pin on an Arduino board (max 5V output). 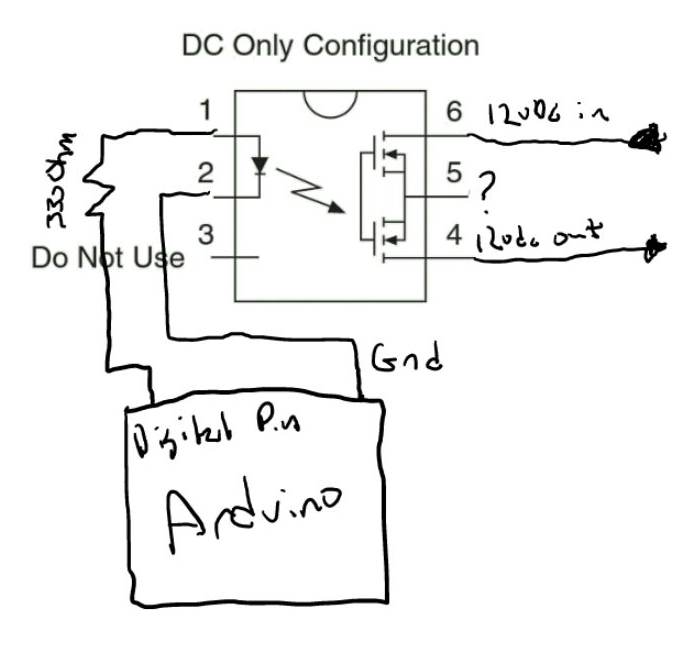 But the problem is that I have no idea what to use for pin 5? Or if pin 4 and 6 are the correct pins to use to do what I am looking to do above?

To understand the rationale of AC/DC and DC-only configurations, MOSFET body diode should be considered. In power MOSFETs bulk is connected to source, and that creates a diode in parallel with the MOSFET channel.

The picture below is from the datasheet of IRF510. It's a generic power N-channel MOSFET. 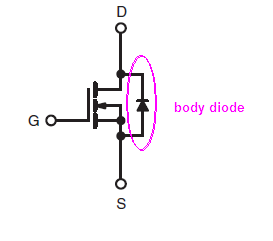 The picture below is from the datasheet of G3VM (another SSR). It also shows body diodes. [Highlighted by me.] 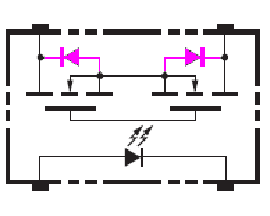 Due to body diode, the N-ch MOSFET can "open the switch" only when body diode is reverse biased. Drain has to be at a higher potential than the source. Otherwise, the diode will conduct, and MOSFET becomes a switch, which doesn't open.

But what to do with the AC? During one part of the AC waveform, the body diode will be forward biased, during another part of the waveform, it will be reverse-biased. This is why the second MOSFET is used. The MOSFETs are connected in series such that their diodes are anti-parallel. They block each-other, and the MOSFETs can "open the switch" at all times. This capability to handle the AC comes at a cost, though. The two MOSFETs are in series and the losses are double.

The LCA717 datasheet doesn't show body diodes. But the body diodes are there nonetheless. 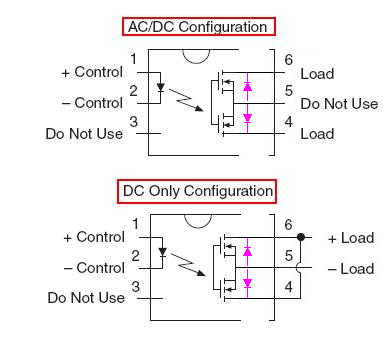 On the other hand, the designers of the G3VM decided not to connect the MOSFET sources to the pin. Perhaps, they have done that to have fewer pins, in order to keep the device more compact and to keep the cost lower.

Here is what the data sheet recommends: - 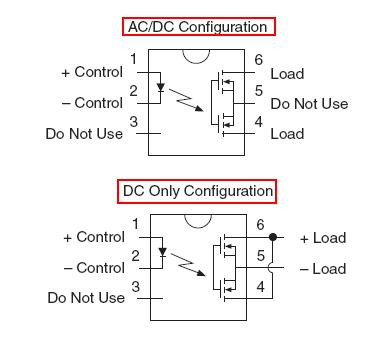 The first configuration can be used for DC but it is better to use the 2nd configuration because you get lower "ON" resistance meaning there is less volt-drop to the load.

The device is trying its best to give you the best of both worlds.

Be aware that if you are using it in your car you should consider that the absolute maximum voltage it can block (pin 6 to pin 5) is 30V and this sounds a bit low for cars - there can be a lot of voltage spikes. Easy way around this is to put a zener diode across the device rated about 20V, 5W - excess spikes will get shunted to the radar detector and presumably this is OK working on a car power system so it'll cause no damage. Maybe even consider a 100nF capacitor as well.

1
MOSFET Relay (G3VM-21AR/DR) connected to Arduino Digital Pin
1
How can I replace a relay with a MOSFET Transistor?
0
Switching a 12V AC current from a microcontroller (no magnetic relay)

42
How can I use a 12 V input on a digital Arduino pin?
1
5V SPDT relay to a MOSFET using Arduino
1
MOSFET Relay (G3VM-21AR/DR) connected to Arduino Digital Pin
1
Arduino SSR 5V DC (Mager GJ-3FA-L)
1
How to keep the signals at the pins on a Arduino upon software restart
0
Shield arduino for electrical interference
5
Power off arduino via software
0
transistor or an SSR Relay as a Switch ? PCB
0
Arduino-powered silent relay needed. Will AQV210E work?