Are there any problems with this simple Arduino LED Wiring? 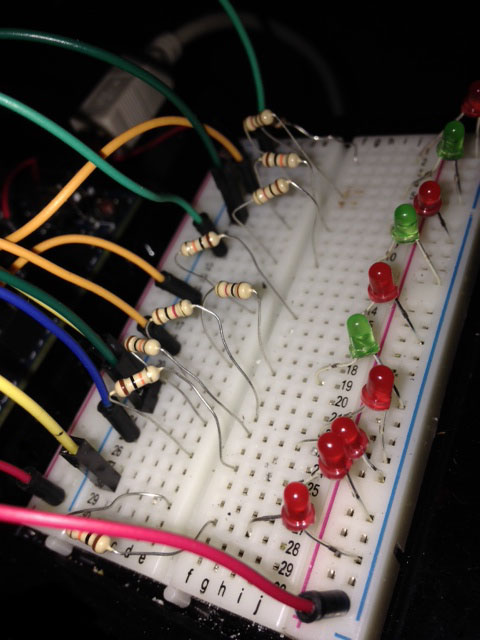 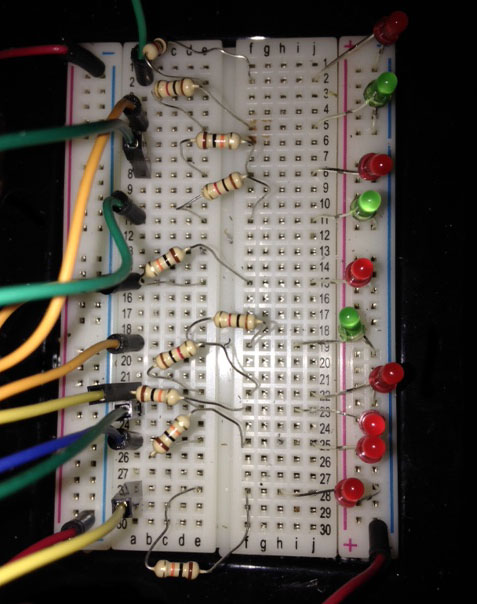 Is it ok that the resistors aren't connected directly to the positive? Any advice, warnings, or rule of thumbs?

It doesn't matter what side of the LEDs the resistors are on. The positions of each LED and resistor could be swapped without affecting operation.

The only thing that disheartens me about the photographs is the way the component leads have been bent, and how the components are at random angles. I would have a resistor from ground to j30, then an LED from h30 to h29, then the cable to the Arduino in f29.

Not the answer you're looking for? Browse other questions tagged arduino led resistors or ask your own question.

0
LED Lighting with Arduino Mega 2560
2
Are there any issues in using traditional switches with an Arduino?
1
Powering and controlling multiple 12V LED strips with Arduino LilyPad USB
0
Problems with controlling 24VAC 3way valve (with arduino)
0
LED switch on/off issue with wiring (transistors and grounding)
0
Base resistor configurations, are there any differences?
2
Arduino LED 9 V transistor with a common ground
0
Problems with controlling a RGB-LED
1
Beginner: Issues wiring up a simple LED circuit
0
How to light LEDs with Arduino without having any resistors