best way to detect if vehicle is running

The second problem is shutting down raspberry. Again - RPipc can monitor alternator output and if alternator is not producing any output (or below some voltage), then send a signal to raspberry GPIO and then the script stops all apps and shuts down raspberry pi.After one minute (some time) RPipc turns off power to the raspberry pi.

Power to raspberry pi can be provided via some relay witch is controlled by RPipc.

At this moment i do not plan to place some ODB2 tool to vehicle and attach it to raspberry pi. And my car ODB connector is under a cover in the front of the center console: 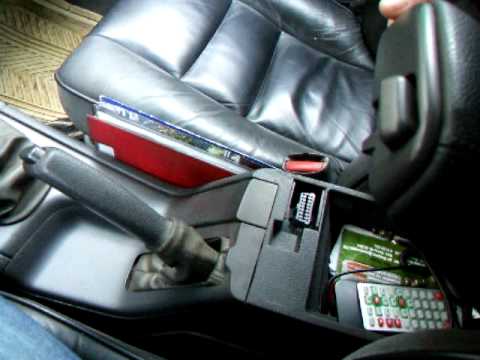 If i want to permanently add the ODB diagnostics tool, i am going to need to solder another connector.

Most cars have 2 12V lines, a permanent one (12V from the battery) and switched, which is active after half a key turn in older cars, and after the ignition button activation in newer cars. You can use a voltage divider and connect it to a digital IO to detect it. Also, add a varistor to it, car voltage lines have nasty spikes which can easily fry your electronics.

Detecting whether a motor is running or not, you need to sample the 12V line and see if it is above 12V. Usually, the alternator generates 13 to 14V.

Not the answer you're looking for? Browse other questions tagged raspberry-pi automotive or ask your own question.

1
When does raspberry Pi pin reset its state
5
Using/Charging a backup battery in a 12VDC circuit
1
Detecting whether a car is running
2
How to modify USB battery pack to function like a UPS?
6
Odroid XU4 and Olimex MOD-IO by I2C via level converter
0
Vibration sensor switch for Car
3
High Side switching Raspberry PI with 3904 and 3906 transistors
0
Best way to shift automotive logic to Arduino TTL