This is my first time creating a circuit, so forgive my poor understanding. I am trying to create a simple intercom system with a 9v battery. I have an 8 ohm speaker and a standard microphone: 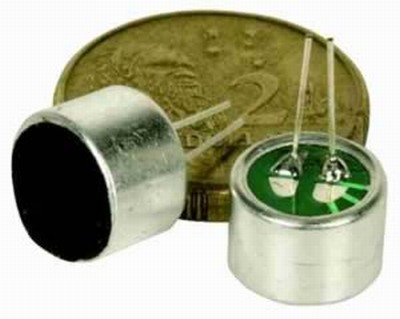 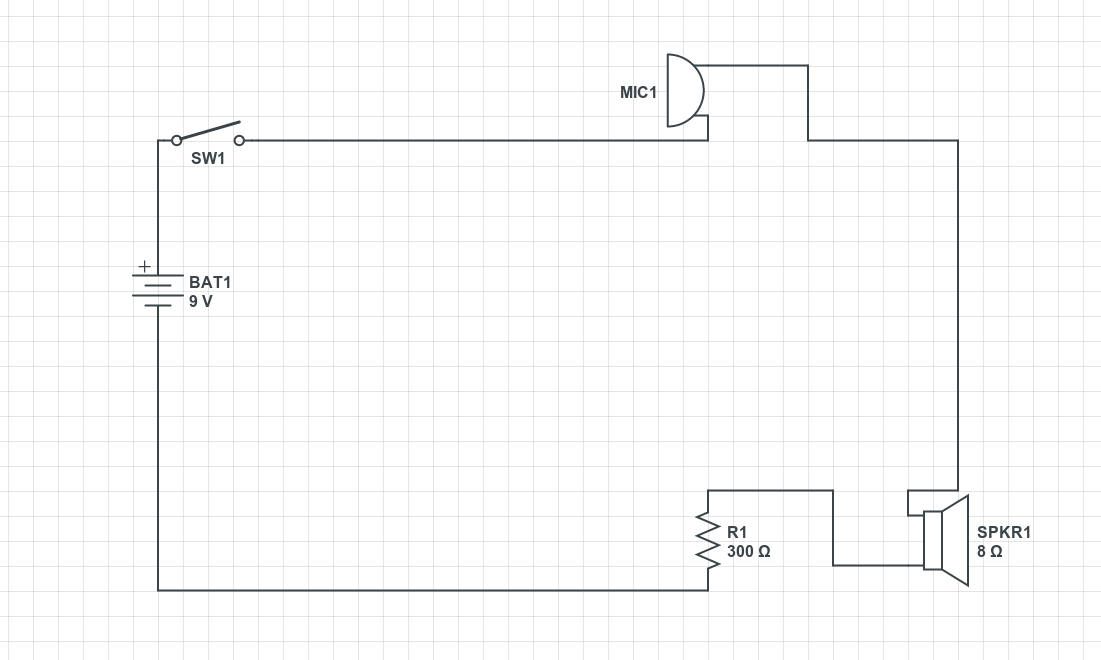 What else is necessary to get this circuit to function.

Your circuit might almost work if you replace the microphone with a old carbon powder type. This is what old telephones had in the mouthpiece. That type of microphone looks like a variable resistor to the circuit, not the tiny voltage source your microphone probably is. With a variable resistor, you can just put it in series with the speaker and a battery and probably hear sounds picked up by the microphone in the speaker. If you can find a really old telephone with mechanical ringer, it might have a carbon mic in it.

Otherwise, microphones you get today produce a tiny varying voltage. This must be amplified to drive a speaker. Note that some types of microphones, called electrets, additionally need a few volts applied to it with a few kΩ imedance to produce that small varying voltage. Electrets often come in small cartidges like what you show, so you may have such a mic.

The problem you have is a microphone produces microwatts of power, your 8 ohm speaker needs milliwatts of power. You therefore need to amplify the power from the mic to drive the speaker. You could use either a transistor or an operational amplifier. Something like this should work. 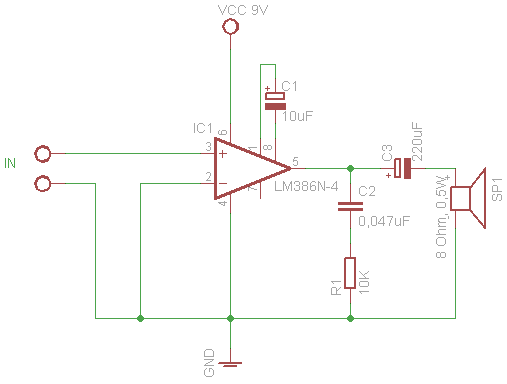 A sound-powered telephone circuit can be as simple as two handsets connected together with a pair of wires, which is defined as the "talk" portion of the circuit. Talk circuits can be realized over a pair of wires that are thirty miles (50 km) long. More complex circuits include magnetos, selector switches and bells to allow one user to select and call another, which is defined as the "calling" portion of the circuit. The voice communication ("talk") circuit is completely separate from the "call" circuit, allowing communication to take place without external power.

Like Olin says in his answer a carbon microphone altered its resistance according to air pressure (aka speech) and with a battery in series, it modulated the current to the loudspeaker at "the other end".