Best way to hook up Many analogue sensors

I started a home project which has become almost impossible i think and its all my own fault!

I planned on using a raspberry pi to monitor around 80 analogue sensors - specifically force resistors. I have since learnt that to use these sensors i need;

Have I been far to optimistic and should i maybe swap the pi for an arduino or something? Is it ever possible to hook roughly 80 of these up to something so small? Hopefully someone can provide some assitance

The sensor type can be seen below - ideally all i want is to be able to read all 80 sensors and tell when a sensor is over a certain force. I dont need to know the force, just that it has been surpassed.

This is a force sensitive resistor with a square, 1.75x1.5", sensing area. This FSR will vary its resistance depending on how much pressure is being applied to the sensing area. The harder the force, the lower the resistance. When no pressure is being applied to the FSR its resistance will be larger than 1MΩ. This FSR can sense applied force anywhere in the range of 100g-10kg. Two pins extend from the bottom of the sensor with 0.1" pitch making it bread board friendly. There is a peel-and-stick rubber backing on the other side of the sensing area to mount the FSR. These sensors are simple to set up and great for sensing pressure, but they aren't incredibly accurate. Use them to sense if it's being squeezed, but you may not want to use it as a scale.

I want to detect when a seat has been sat on, but want to only show something that would be heavier than a bag. Thats why my condition of over a certain limit comes in to it. Ideally the cables connecting the sensors wont be too long, a couple of feet max i guess. 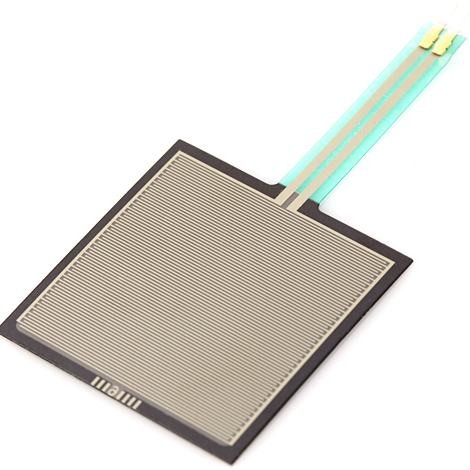 It seems that the sensor is highly non-linear and this is good in our case.

You can try to connect these sensors to the digital inputs of the RaPi, if they have some hysteresis (AFAIK, the GPIO inputs have a hysteresis). The schematic if the following: 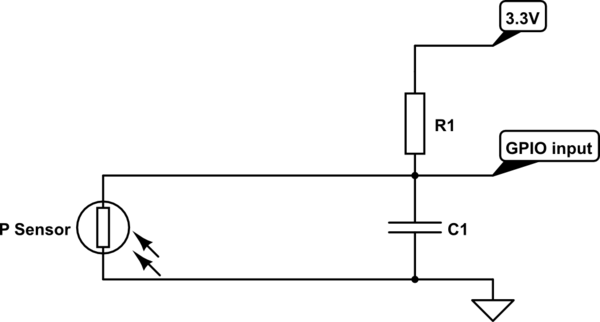 The value of R1 is the same as the resistance of the sensor on the threshold point. Determine it experimentally.

The capacitor C1 is to reduce the induced EMI. One approximate value is 100nF but it may vary.

Mount the resistors and capacitors as close to the CPU board as possible. Use shielded cable (low frequency) to connect the sensors. The shield must be the ground wire.

If the EMI are too big, some software processing of the false positives can be made.

If RaPi has no enough inputs (80) you should make some multiplexing. Note, that in this case, some buffers with hysteresis have to be used - 74HC7540 is good choice. You can use 10 of them and connect all outputs together and control the 3-rd state inputs by GPIO outputs. This way with 10 outputs and 8 inputs you can control 80 pressure sensors.

80 Inputs is a lot of wiring so I think multiplexing is a good idea. What about a 32:1 multiplexer under serial data control and maybe you distribute the multiplexers around the house. Here's one idea: - 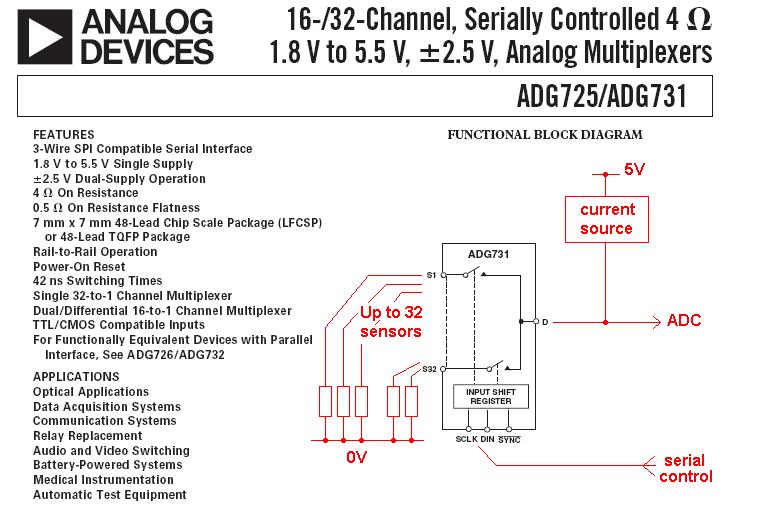 The current source (say 5mA) will be diverted to the sensor that is currently selected via the serial control (SPI) and will allow you to measure the voltage with an ADC. The ADC could be local (same SPI interface) or you could take 4x (32:1 muliplexed) outputs to a more central 4 channel ADC.

One possible sollution is to use the smallest micro you can use (PIC12F?) to read a couple of sensors and send a signal to the RaPi alerting it to the ID of the sensor that's tripped over a simple network (SPI / CAN / custom clocked?). If micro's are all on one network (or a few networks) connected to the GPIO pins you could capture every trip.

Not the answer you're looking for? Browse other questions tagged arduino raspberry-pi or ask your own question.